Publishers Weekly has come out with a starred review for Savage Girl. The reviewer says:

The prologue of Zimmerman’s superior historical thriller will suck most readers in instantly. On the night of May 19, 1876, 22-year-old Hugo Delegate awaits the arrival of the police at a house overlooking Manhattan’s Gramercy Park, the site of a savage murder committed by either him or a “girl murderess.” Hugo soon reveals that the victim, a “longtime acquaintance and sometime friend,” is but the latest in a series, and after his arrest, he presents the complex backstory to his defense attorney. Flashback to June 1875. Hugo, a Harvard student recently released from a sanatorium, accompanies his family on a cross-country trip. In Virginia City, Nev., he becomes fascinated with a sideshow freak, the so-called Savage Girl, allegedly raised by wolves. Hugo’s parents decide to civilize the girl, and introduce her into society on their return to New York. Zimmerman (The Orphanmaster) keeps the truth hidden until the end, combining suspense with an unsettling look into a tormented mind. Agent: Betsy Lerner, Dunow, Carlson, and Lerner. (Mar.) 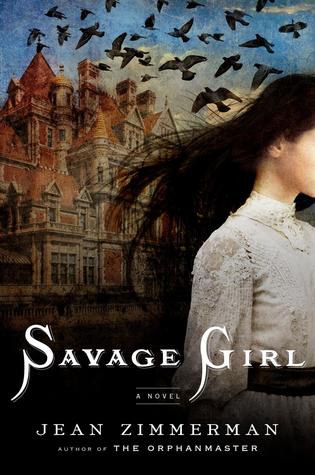