Wilderness and God in The Orphanmaster

One of the main themes of The Orphanmaster, one I thought about a lot during the process of conceiving the book, is the European response to the American wilderness. I delight in imagining what it was like for a resident of the closely built towns and countryside of England, say, or for that matter Italy, Spain, Portugal or the Low Countries, after enduring an exhausting, dangerous ocean voyage, to encounter sprawling, haunted emptiness.

In the widest possible sense, both figuratively and literally global, this is what The Orphanmaster is about: how American challenged and changed European colonists. It was an age of faith, and so the immediate impact was felt in terms of religion.

You arrive in New Amsterdam, as Edward Drummond did, cold, wet and half-starved, your courage tested by five weeks at sea, and instead of a familiar landscape you are thrust into an alien environment. The Dutch colony is merely a toehold in a vast country. Outside its walls, the wilds. Unless you’ve been to the outer reaches of Siberia, say, you’ve never encountered anything similar before.

This experience is not quite singular—the migration, beginning around 14,000 b.c.e, of Asian peoples into the Americas, had to have similar elements—but it’s the most extreme example of such explosive cultural collisions to have a historical record attached to it.

The American challenge to the European mind continued throughout the last four centuries of the millennium. When I was writing The Orphanamaster I recalled a phenomenon that struck settlers when they first encountered the Great Plains. So much isolation, so much horizon worked to cripple some new arrivals, to the degree they went a little insane—there was a spike in the rates of suicide—and had to scurry back to more familiar regions of the East, or in extreme cases all the way back to Europe.

The initial European experience of the New World is tightly bound up in tragedy. Early colonists could see their new home as “empty” simply because the native populations had been attacked and killed by alien microbes, introduced into their world by the first wave of exploration.

Here’s a paragraph I had in my notes very early on, a passage that eventually made it into the novel in a meditation on Edward Drummond’s world:

“The new world saw its native population decimated by unintentional but extremely effective biological warfare. Newcomers from Europe beheld the land as a great emptiness, confronting their fragile souls equally, it seemed to them, with a bitterness and an invitation. The great sea yawned. The forest primeval towered.”

From the start I saw European colonization as precipitating a spiritual crisis. This new world demanded a new god. To me, it brought up a chicken-and-egg question, since during that same period developments in philosophy pointed to a new understanding of religion, god and faith. Specifically, Benedictus de Spinoza was groping towards a pan-theistic conception of god that seemed a tailor made response to the challenges of the New World.

“God is the indwelling and not the transient cause of all things,” wrote Spinoza, in a cogent critique of then-current religious thinking. 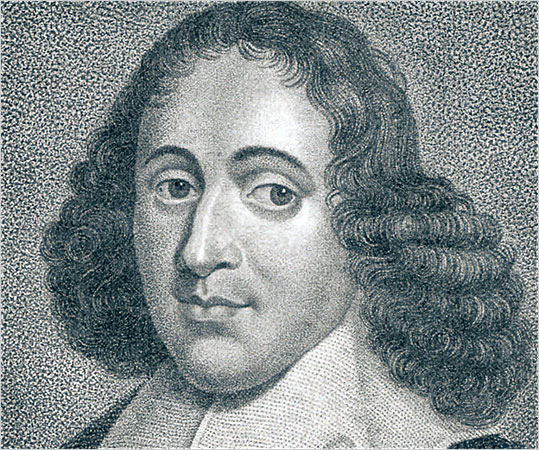 Did the idea of the New World spawn the ideas of the New Philosophy? Was the expansion of human reach into uncharted physical realms such that it required a parallel expansion into the spiritual? Which gave birth to which, the Age of Exploration or the Age of Enlightenment? Who was the true father of the New World, Columbus or Spinoza?

Further, the European experience is wrapped up in the concept of extraterritoriality, the idea that once you leave home, you leave behind the laws and constraints of civilized behavior. The new arrivals were free to do what they would, without overbearing traditions, laws and customs to hamper them.

So how does one respond? There are as many answers as there are human beings, but I was interested in a dichotomy, between people who see such freedom as license to do pretty much anything, up to and including murdering children (as is the case with the witika killer), and those who fall back upon their innate sense of good to find their path through the wilderness (as is the case with Blandine and Drummond).

Drummond poses a simple question: how does the superior man live in a godless world? Here is how I answered it on a recent author’s questionnaire:

“Drummond’s hallmarks are courage, kindness and reserve. He feels the need to change the picture, to change his idea of god so he does not, indeed, inhabit a godless world. In this, he attempts to align himself with a larger order, terrible and immense, that he especially perceives in the staggering beauty of the natural world.”