Of Hand Muffs and Weather Masks

Wenceslas Hollar, the finest etcher and printmaker of the seventeenth century, had a thing about fur hand muffs. He had nearly 3,000 prints to his credit, having fled war-torn central Europe for England in 1636 under the patronage of the Earl of Arundel.

The extremely fashionable London lady in Hollar’s “Winter” Dress from 1643-44, in the collection of the British Museum, sports a voluptuous muff and is draped in furs besides, but perhaps the most curious thing about her is her facial accoutrement. Beneath the image runs the legend:

The cold, not cruelty makes her wear

For a smoother skin at night,

Embrace her with more delight.

She wears what was called a sun-expelling mask, intended to protect her “smoother skin” from the elements.

Fox or mink would do as well. 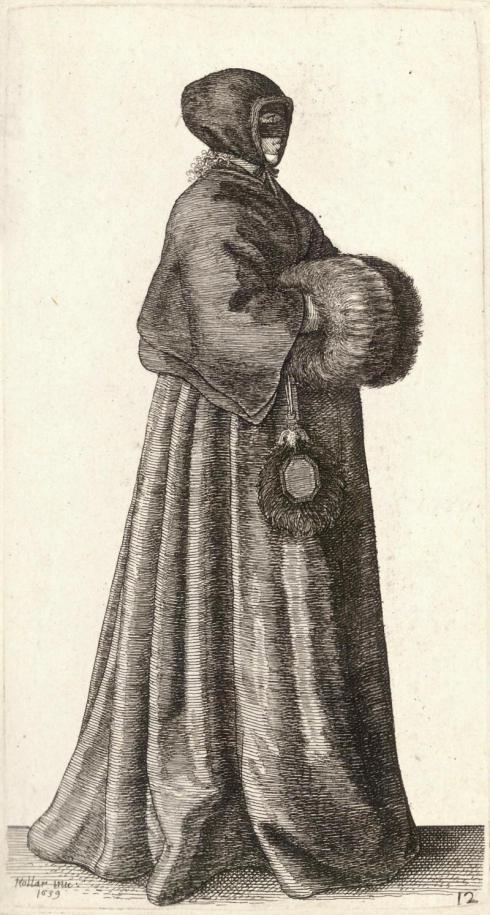 In The Orphanmaster, Blandine and Drummond stand on the New Bridge overlooking the East River one frosty morning, each of them with their hands shoved into their muffs – fashionable men made them part of their wardrobes just as women did.

Another woman by Hollar, without mask, looks as though she is wearing her overwarm muff inside. 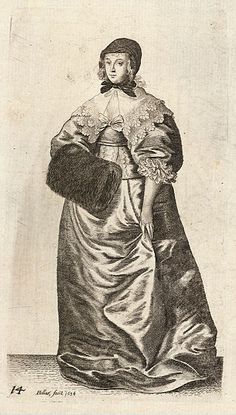 Hollar was so infatuated with fur hand muffs that he frequently made them the sleek stars of his work, leaving human subjects out in the cold. These are just a few. The University of Toronto has more in an in-depth Hollar digital collection. 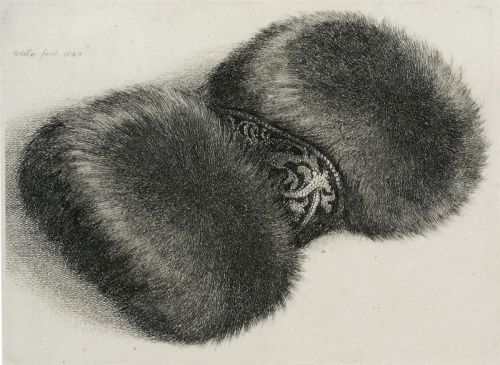 Wouldn’t you like to stick your cold hands in one of these? 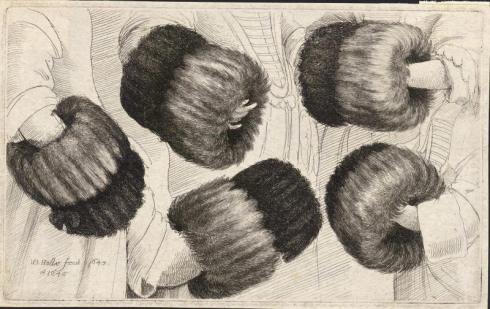 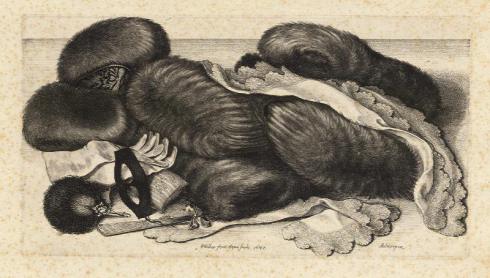 Hollar was in London during the Great Fire of 1666. His scenes of the city after the conflagration are amazing. His skills were all the more incredible given an infirmity — Hollar was almost blind in one eye. You feel in these images though that as important to him was his sense of touch.

2 responses to “Of Hand Muffs and Weather Masks”