Recently I visited the Saugerties Lighthouse, a time-worn red brick structure that has stood just off the shore of the Hudson at the mouth of Esopus Creek since 1869. It replaced the original fire-decimated one built in 1835 — engraved by William Wade, who produced a remarkable picture of the length of the Hudson from New York to Albany. 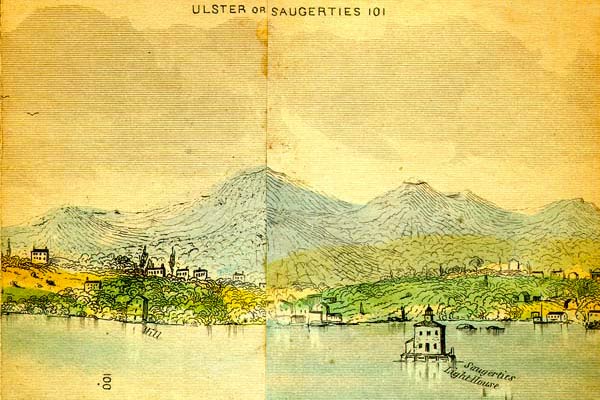 Its grand days past, its light automated, the Saugerties Lighthouse fell into disuse in the 1950s but was restored and put on the National Register of Historical Places in 1979. In 1990 it was officially recommissioned with a solar-powered beacon. 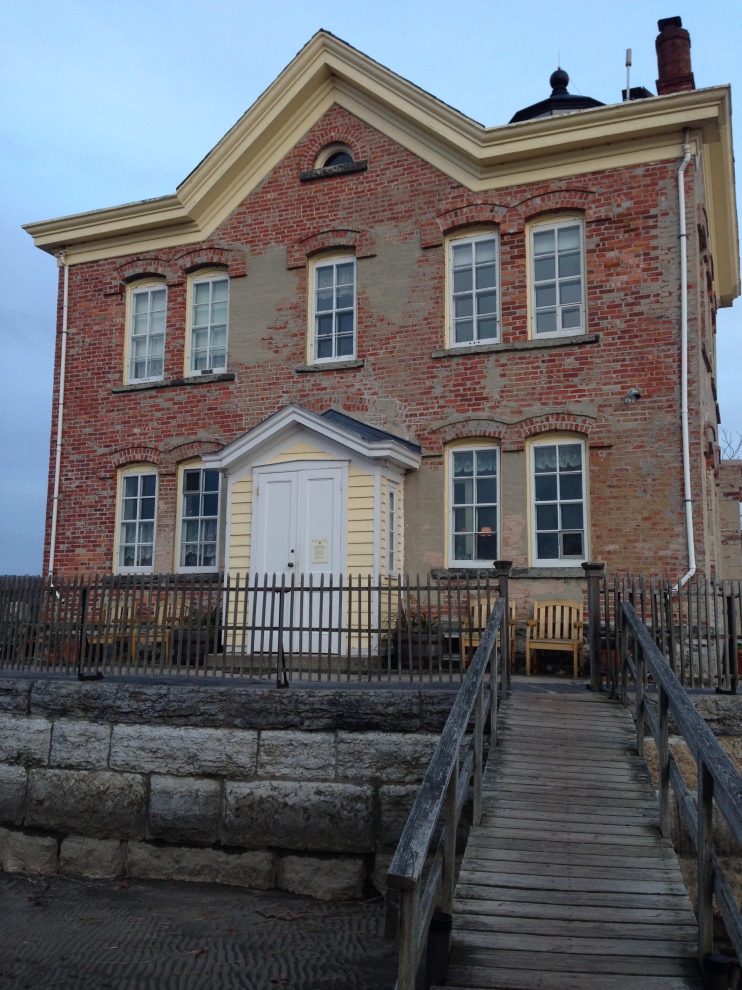 Most amazing, it’s the only lighthouse along the river that also serves as a bed and breakfast. If you’re lucky enough to book a spot, you can fall asleep listening to the Hudson’s waves slap against the structure’s massive, circular stone base.

When we visited, we wound down half a mile along the shore, through wetlands and over wooden bridges, to get to the jetty that led out to the lighthouse. Water chestnut pods lay at our feet in abundance, drifts of them. like the black and spiny ectoskeletons of tiny prehistoric monsters,. 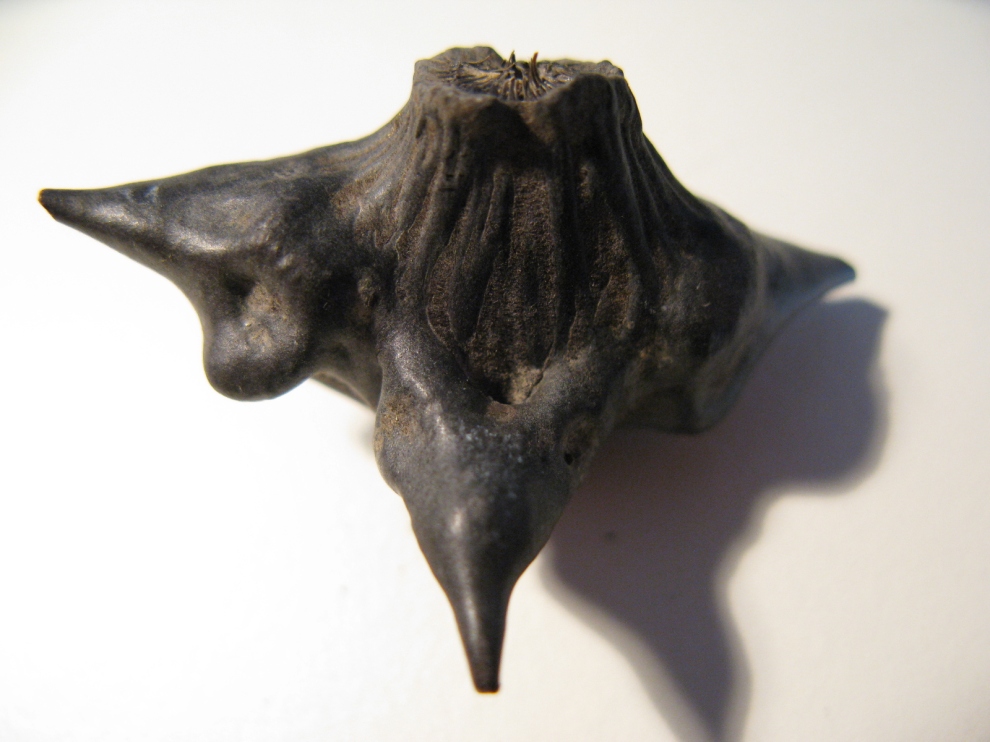 It was a damp day, chilly and foggy. The river spread out all around. 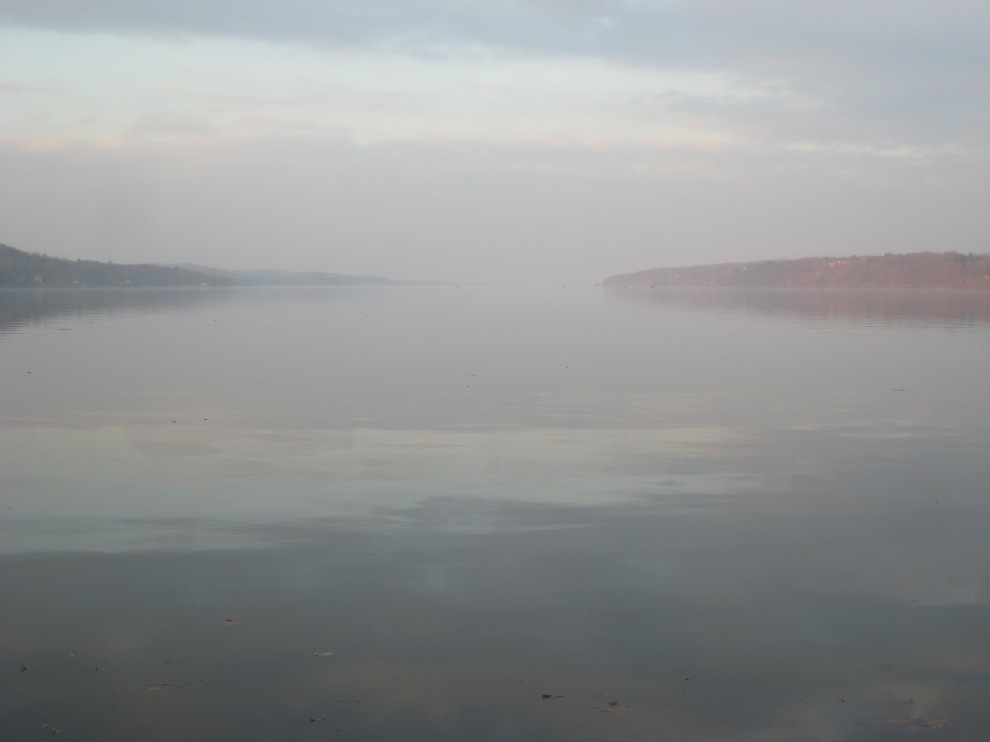 I used to live along the same stretch of river as the lighthouse, a half hour further south, in Ulster Park. In the middle of an apple orchard. The farmer who owned the trees favored McIntosh apples but there were a few stretches of the storied Ida Reds, a deep crimson on the outside with snow-white meat. As good in the hand as they were for the pie. The arthritic limbs of the trees were probably forty or fifty years old and stood massed in winter under a hush of snow that was a kind of bookend to the white pink blossoms of early spring. The Hudson Valley had been a majestic apple growing region for hundreds of years. 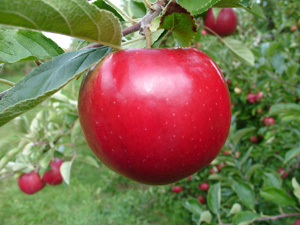 We would walk down a winding hill along River Road to the beach on the Hudson and collect water chestnut pods, strewn here across the mud flats as they cover the beach at Saugerties. It was said that the bay at Esopus once was meadow, grazed by cows. Cows in the river. Imagine. There was a lighthouse, the Esopus Lighthouse, that was distinguished by the image of a cat in one window.

These lighthouses are concrete evidence of a much different time on the river. They guarded against wrecks when Kingston became a bustling riverport in the nineteenth century. Kingston had its own lighthouse since 1837; one of its first keepers was a woman named Catherine Murdock. She stayed in service for 50 years. 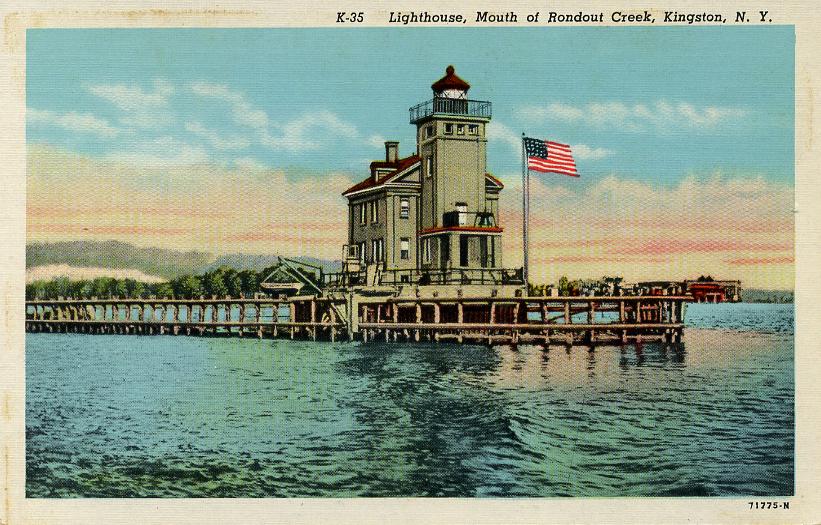 In 1826, lighthouses started going up along the river. Eventually there were 14. Today, conservationists have preserved seven. The most famous perhaps, featured in a children’s book, is the little red lighthouse beneath the George Washington Bridge, which was deactivated when the blazing lights of the span made it superfluous in 1947 but can still be visited. Farther north are the 1883 Lighthouse at Sleepy Hollow, the oldest one, at Stony Point, the Esopus Lighthouse and the one at the Rondout in Kingston. The Hudson-Athens Lighthouse farther north has been guiding ships safely since 1874. Its fog bell is one of the last remaining on the river. 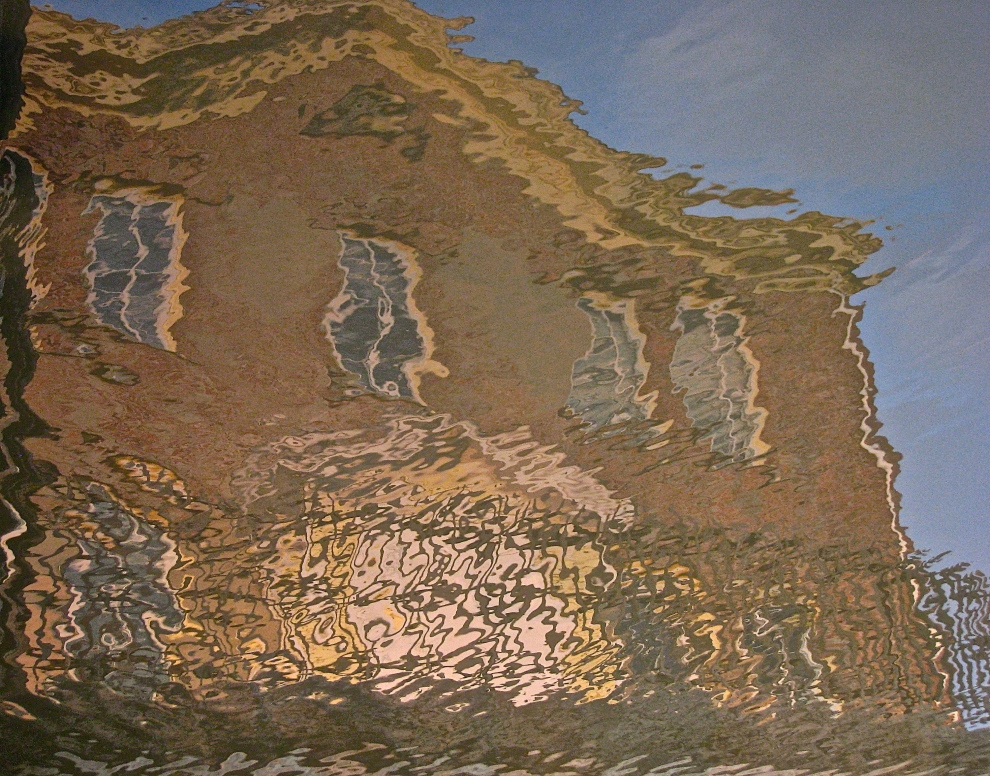 I wass mostly silent at Saugerties Lighthouse when we visited. The tides tossed up mysterious objects. 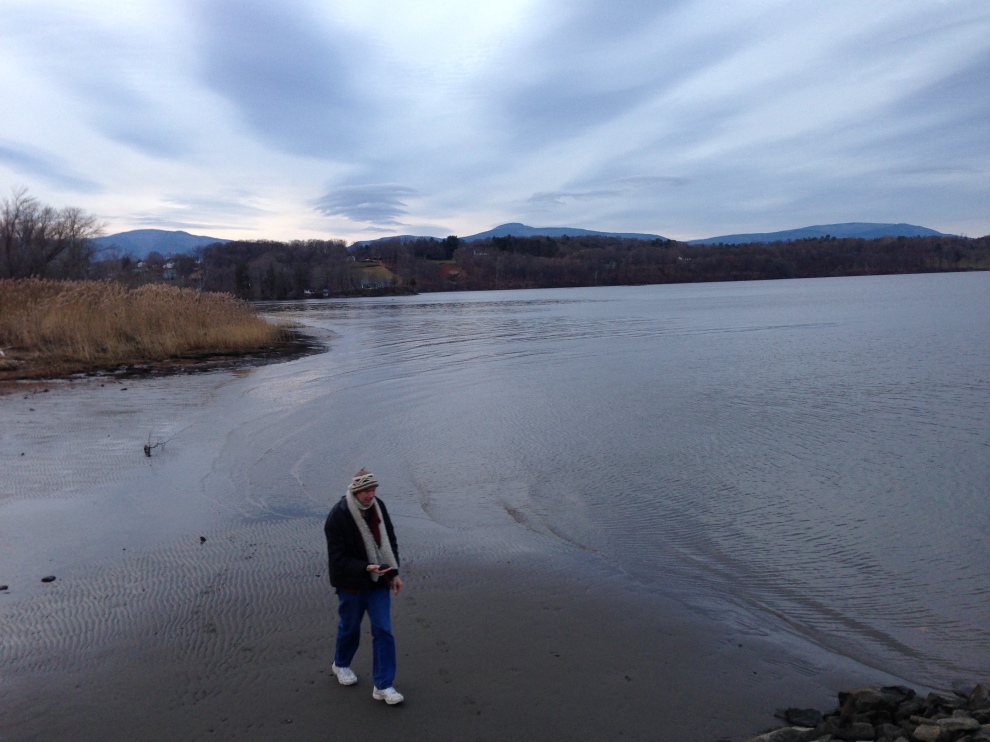 Sometimes you can find a kind of conglomerate of pulverized shells (probably clam) and mud that hardens into a rock, similar to what is called coquina on the beaches of St. Augustine, Florida, that the Spanish built forts out of. 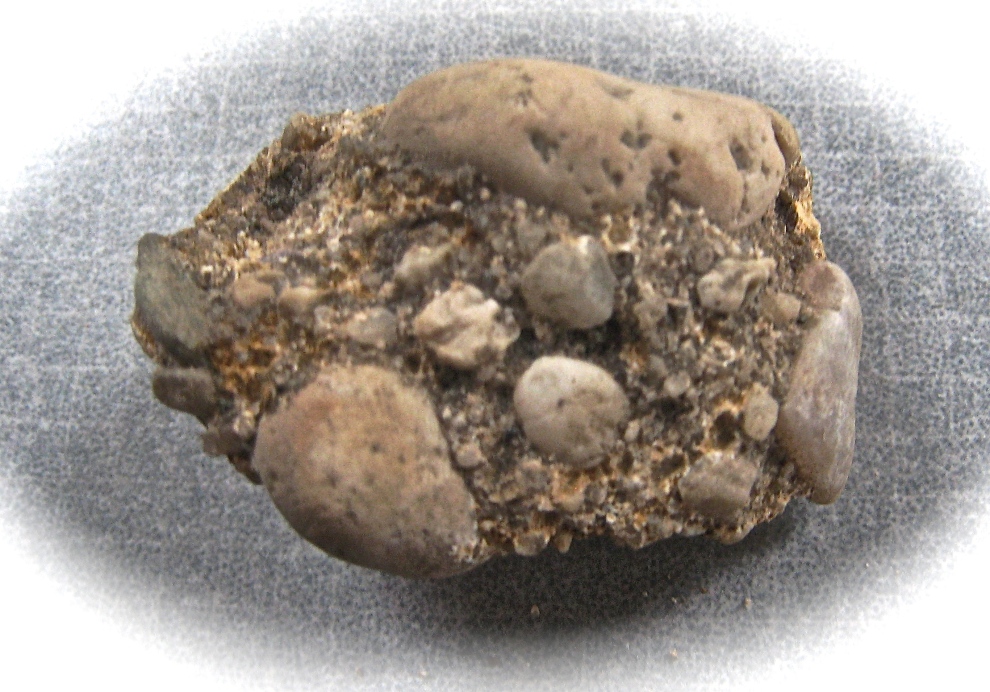 If you get to stay overnight at the Saugerties Lighthouse, you can do some beachcombing after your coffee in the morning.

4 responses to “To the Lighthouse”