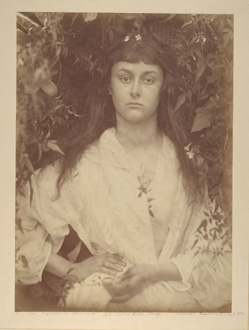 It is Alice Liddell, the original inspiration for Alice in Wonderland, whose visage was captured many times by the author of that book, Charles Dodgson (pen name Lewis Carroll) – somewhat provocatively, as he liked to depict many of his young-girl subjects. 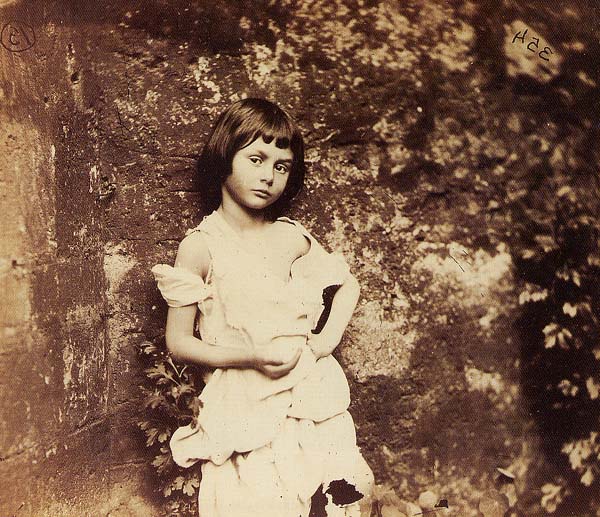 Here, though, in 1872, Liddell appears through the lens of a very different photographer, one whose somewhat eccentric approach to the medium resulted in some beautifully hazy images that bring out the sensitivity, even the soul, of the subject. 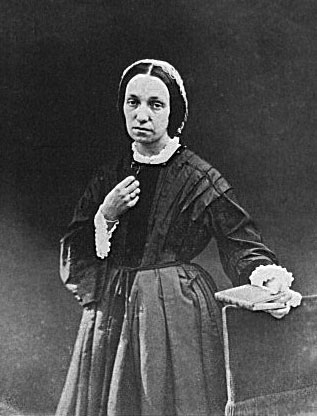 Julia Margaret Cameron was born in Calcutta in 1815, and during her life in Britain became friends with some of the leading lights of the Victorian Age. Out of a family of diplomats and aristocrats, she was one of three sisters—the others celebrated for their beauty while she was know for her talent. She was the mother of six, deeply religious, literary and intellectual as well as privileged. However, it wasn’t until Cameron reached 48 that she was gifted with her first camera by her daughter and son-in-law, in 1863. A hobby transmogrified into a passion. Her career spanned just eleven years, until she returned to India and died, it has come down to us, of a “chill”. (Virginia Woolf, incidentally, was her great niece.) “From the first moment I handled my lens with a tender ardour,” she wrote, “and it has become to me as a living thing, with voice and memory and creative vigour.” It took her only 18 months to sell eighty prints to the Victoria and Albert Museum, set up a studio there, and make arrangements with the a West End printseller to market her photographs.

Reviewers gave Cameron mixed notices. She deliberately avoided the crystalline resolution and tiny detail that her albumen silver prints from glass negatives would have allowed, instead preferring soft light and long exposures that showed her subjects’ slight movements. In other words, things got blurry. Deliberately so. The effect was one of actual life rather than starchily posed pictures you sometimes see from that era. And the work had a strong pre-Raphaelite flavor.

She had three major bodies of interest: great figures of the day, such as Afred, Lord Tennyson, who called her subjects “victims” for the discomfort they experienced in the lengthy posing process. 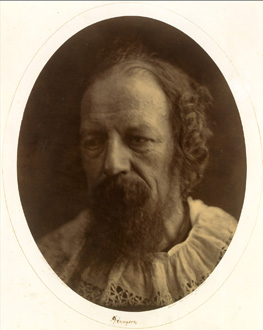 Others included Robert Browning, Ellen Terry, Charles Darwin. Leading lights of the age. For some of her subjects she was the only photographer of note, and so her work has an invaluable documentary as well artistic value. Sir John Herschel, for example, whom she captured in 1867, the British scientist whose talents embraced math, astronomy, chemistry and botany. 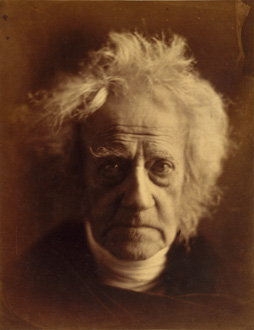 Then, also, Cameron immortalized family members or friends or household staff, with photograph titles that suggested subjects from history, myth or the bible. This portait of one housemaid she called “The Mountain Nymph Sweet Liberty.” 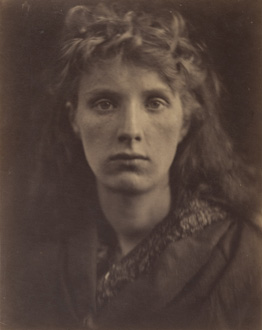 Another photo she titled “Sappho.” She elevated the subject through the name she bestowed upon her. 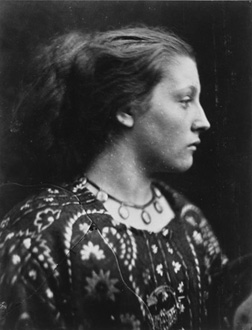 She also assembled groupings to illustrate literary and religious themes. Her husband, Charles Hay Cameron, who was twenty years her senior, she posed in 1872 with, again, Alice Liddell, and two other young women — as Lear and his three daughters. 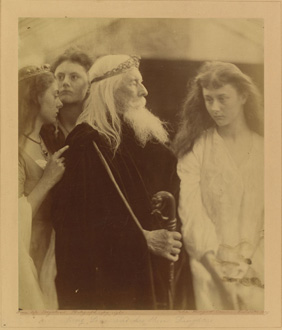 “I longed to arrest all the beauty that came before me,” Cameron said, “and at length the longing has been satisfied.” Seeing several dozen of these extraordinary images in person is a highly unusual opportunity – they are rarely shown – so if you can manage it, I urge you to get to the Metropolitan Museum before January 5th.