A Pear Tree at Ground Zero

I waited a long time to go.

I had all sorts of excuses. The 9/11Memorial stood behind too many fences. The lines were too long. It was filled with gawking out-of-town sightseers. But then some sightseers of my own came to visit. And off we went, to the Memorial, a broad plaza studded with small trees under the shadow of skyscrapers. It was one of a few things my sister-in-law knew she wanted to do when she hit town. 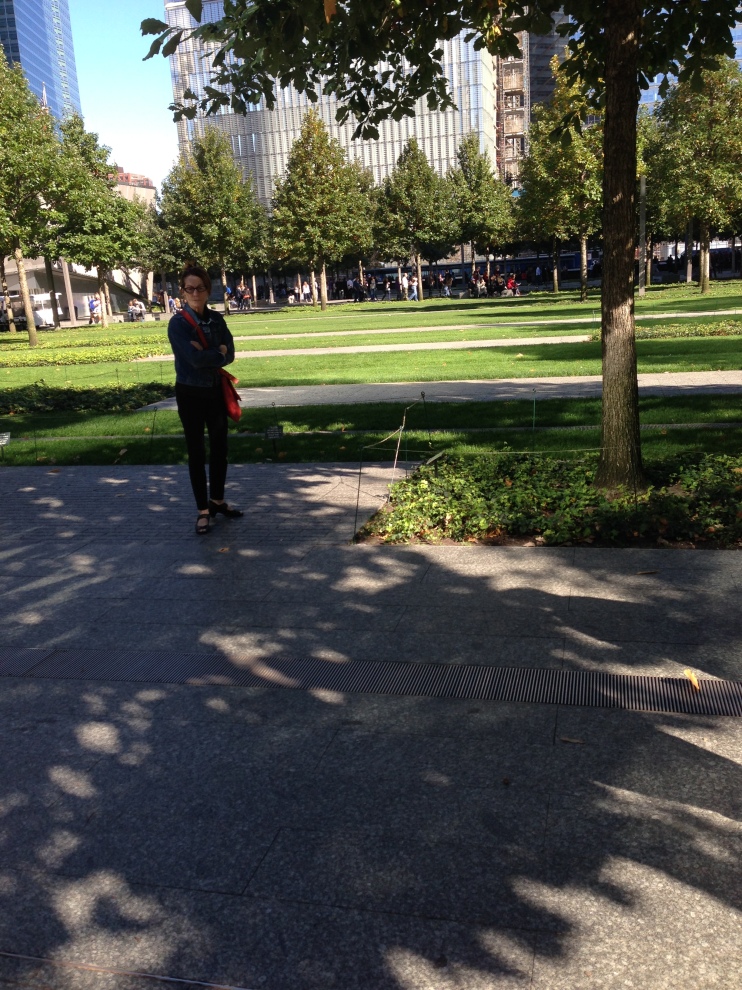 There were in fact probably a thousand people at the site on a Friday morning, including some incongruously attired tourists – incongruous for a place of mourning, not for being tourists in New York. They’re always wacky.

Guards ushered us through an endless line. You could see a scrap of the Freedom Tower along the way. 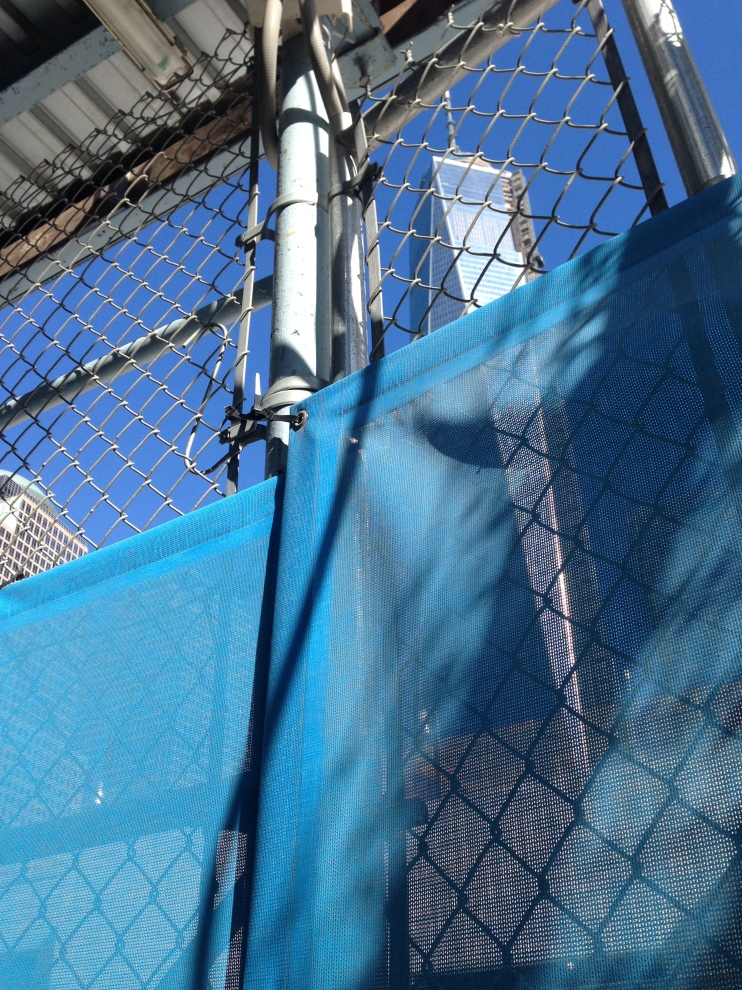 Then we were there, in the open plaza with its great, deep South Pool, whose waters seem to flow down into an abyss. 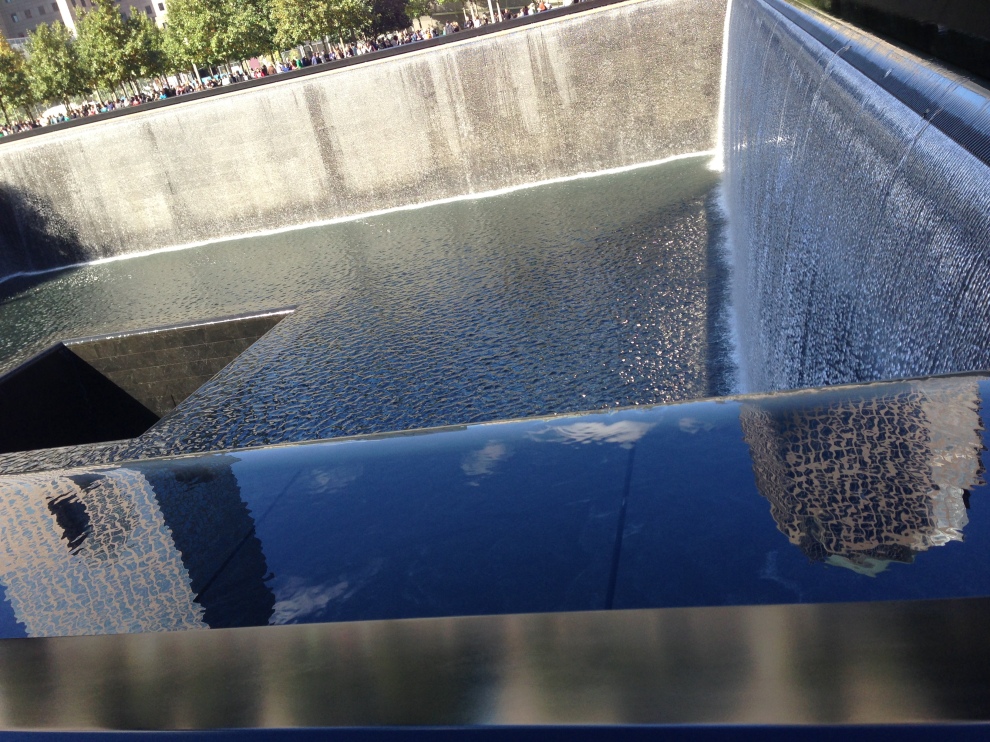 An abyss of longing, of sorrow, of wonderment? Of absence? Of wordless pain? Everyone decides for themselves. You can read about the 9/11 Memorial, you can read what I’m writing now, but you’ll only understand the power of it if you’re standing there.

We could see the Freedom Tower clearly now, still unfinished, seemingly created as a photo op. 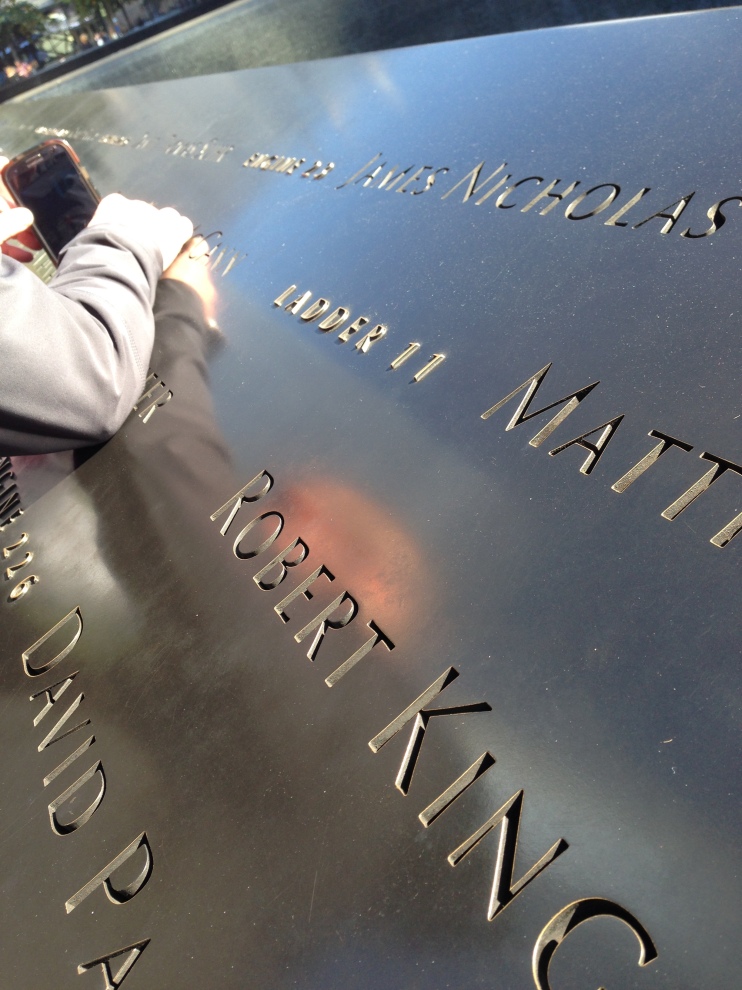 All around were construction sites. Various projects are energetically  in progress. As is the memorial itself.

And at the pool, there are the names. 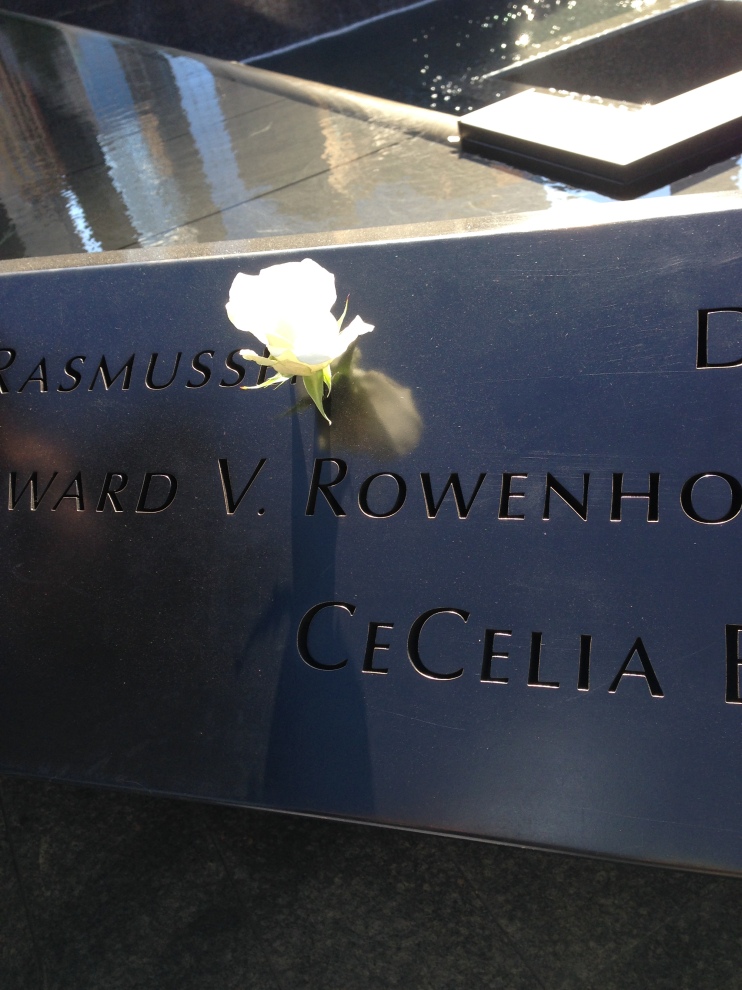 Taking a picture is a way of touching the nearly 3,000 names of the dead inscribed in bronze around the pools.

The deeply carved letters, cut out with a laser to symbolize absence, invited touching with the fingers. Touching. Wrenching, some especially.

The names are not rendered alphabetically but instead arranged based on layers of “meaningful adjacencies,” where the deceased had been that day and the relationships they had with each other, taking into account the wishes of kinfolk.

It must have been hell to figure out. Visitors access the location of their loved ones’ names through kiosks to the side of the pools.

But powerful as the pools were, as the names were, they paled slightly for me alongside what is being called the “survivor tree.” All but one of the trees planted on the plaza are young white oaks. One, though, is different. A Callery pear tree dating to the World Trade Center plaza of the 1970s, it stood on the eastern edge of the site, near Church Street. It lived through the 9/11 devastation, though reduced to a stump of eight feet, then was nursed back to health in a city park, was uprooted by spring storms in March of 2010, but came back once again. New branches, buds, flowers, everything. Life, amazingly. 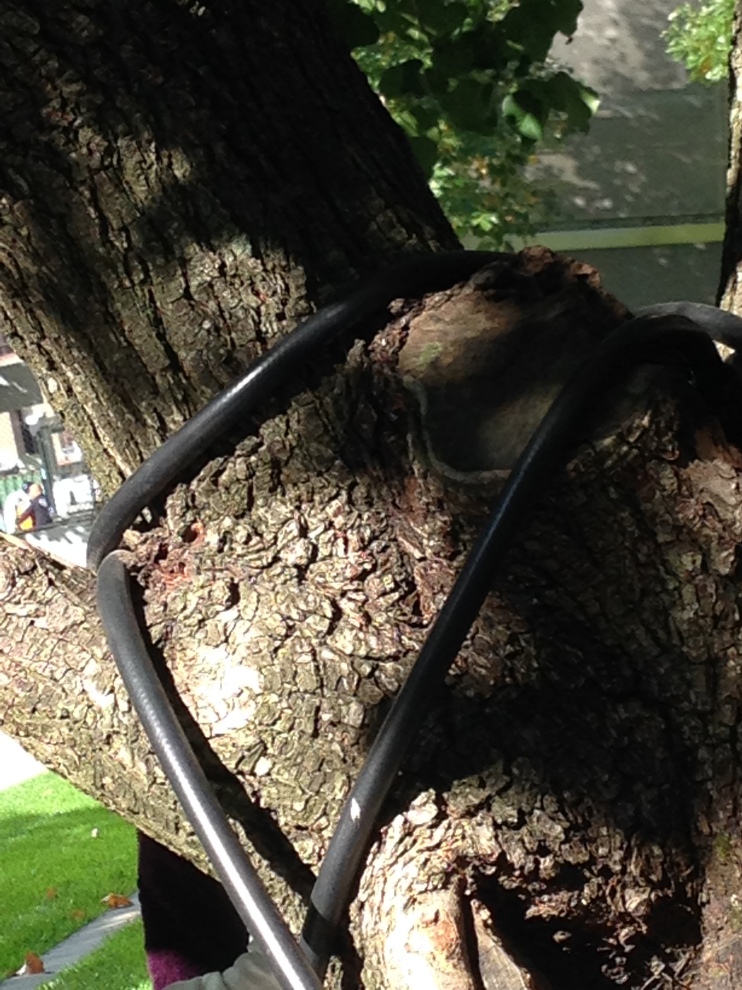 Now the pear tree stands beside the South Pool, braced by guide wires as it takes root, and visitors migrate across the plaza to stand beneath its thick branches, to absorb its legend, its poetry.

The parable of the pear tree that would not perish has its bookend in another historic Manhattan pear tree. Peter Stuyvesant, the legendary governor of New Amsterdam, planted one on his bowerie in the late 1600s. Way out in the country then, the location eventually became 10th Street and Third Avenue.

That pear tree survived the creation of the New York street grid plan in the early 1800s, and everything else the developing city had to throw at it. The tree lived over two hundred years, only giving it up when a dray mowed into it in 1867.

The people of the city mourned the loss, as they celebrate the life of the Ground Zero pear tree today. A tree that stands, gnarled, unbowed.

3 responses to “A Pear Tree at Ground Zero”