There might be better places to get soup dumplings in New York City, but Joe’s Shanghai is irresistably close to LaGuardia if you’re carting people in from the airport around lunchtime. 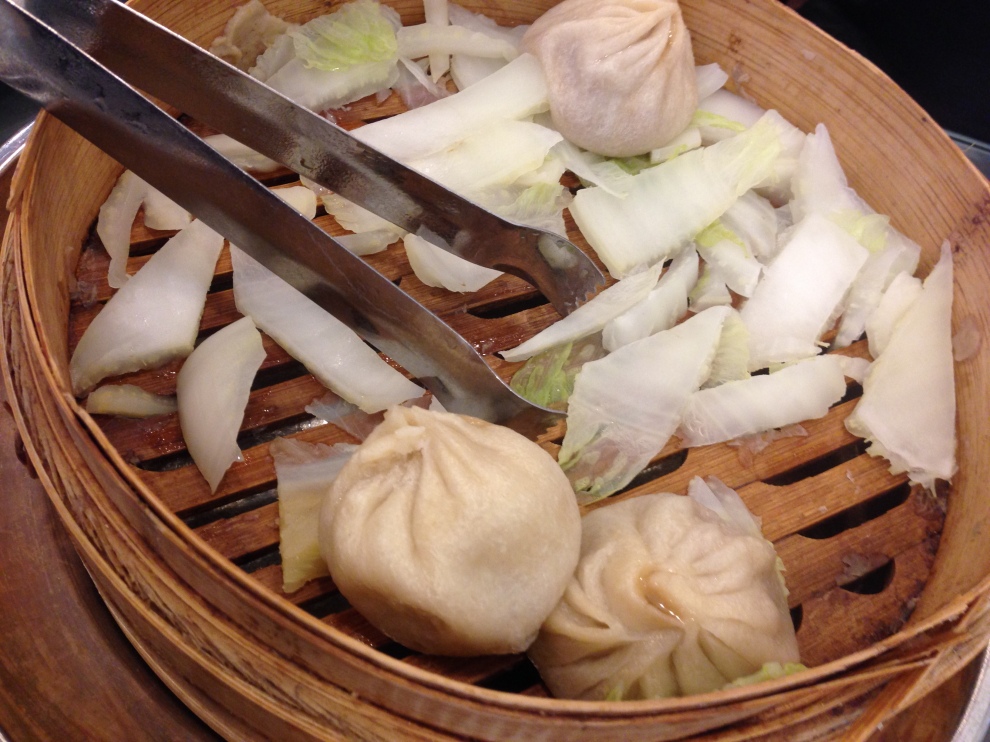 We had Gil’s sister and her husband coming in from the Midwest for Gil’s birthday. Time for some steamed buns.

We went to the Queens Chinatown, to a quiet street off Northern Boulevard. 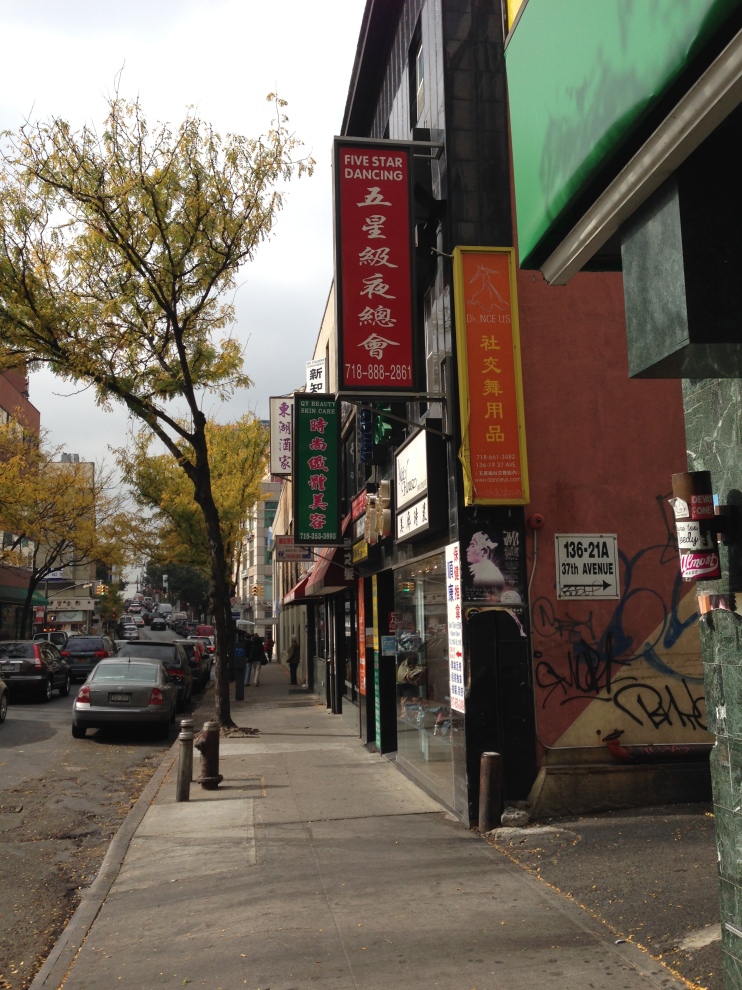 Joe’s Shanghai hasn’t changed in years. The only difference is they have a flat-screen on the wall now. 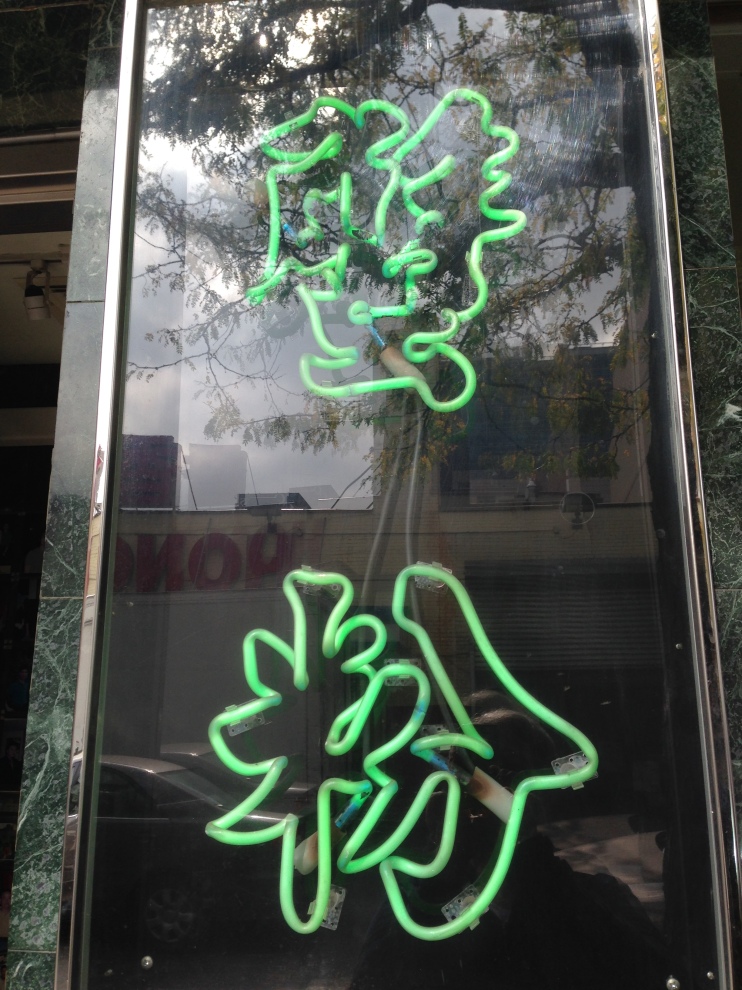 No big crab for us today, egg or no egg. 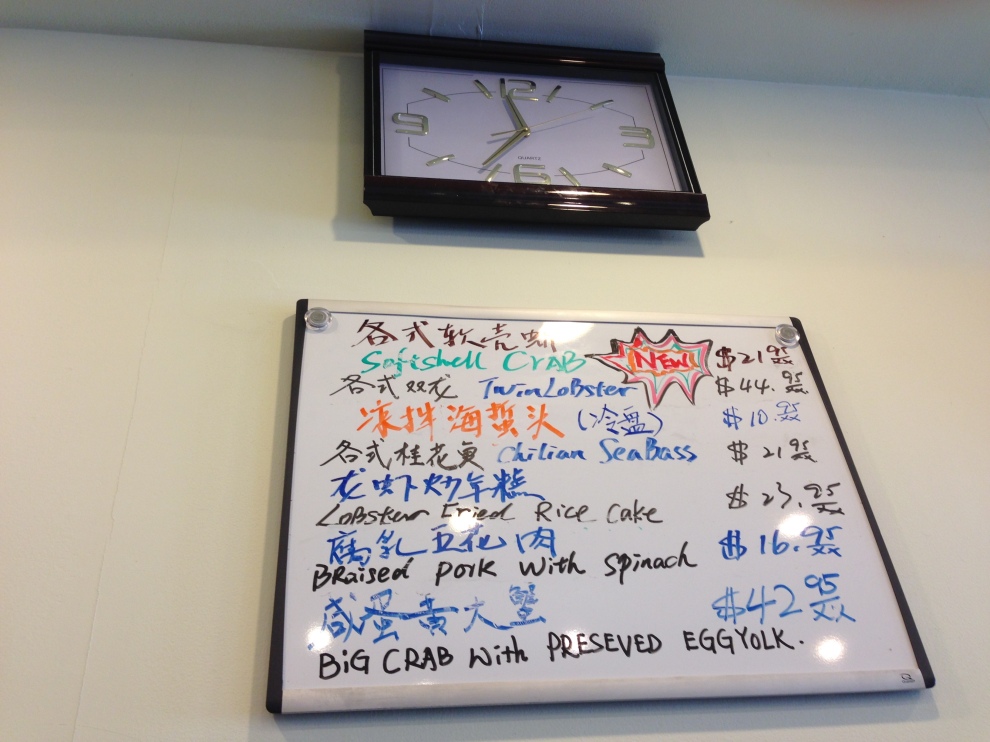 The xiaolongbao is a type of steamed bun from Shanghai and neighboring regions of China. It is traditionally steamed in a bamboo basket, hence the name (xiaolong is literally small steaming basket), and served atop shreds of napa cabbage. Xiaolongbao are often referred to as soup dumplings in English, but they are actually not considered dumplings in China. They are buns, pinched at the top before steaming, creating a dough cascade of ripples around the crown. 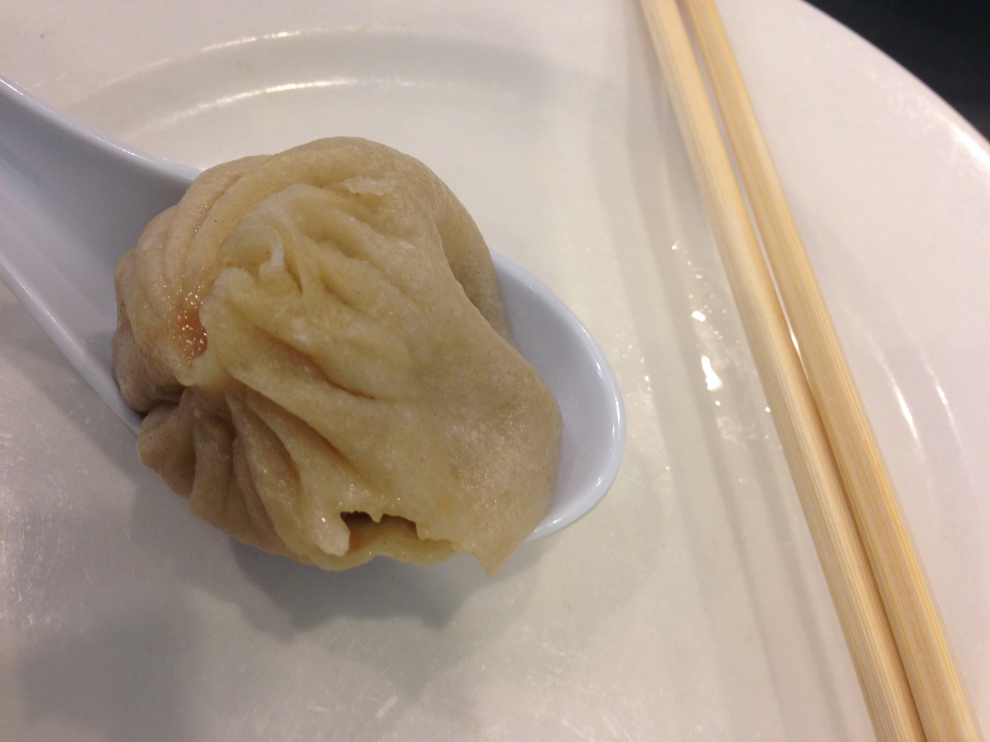 There is a science to eating them. You place one on a spoon with a pair of tongs, then bite a tiny hole in the dough to let out some of the heat. Slurp carefully and when you can stand it no longer pop the whole thing in your greedy mouth. 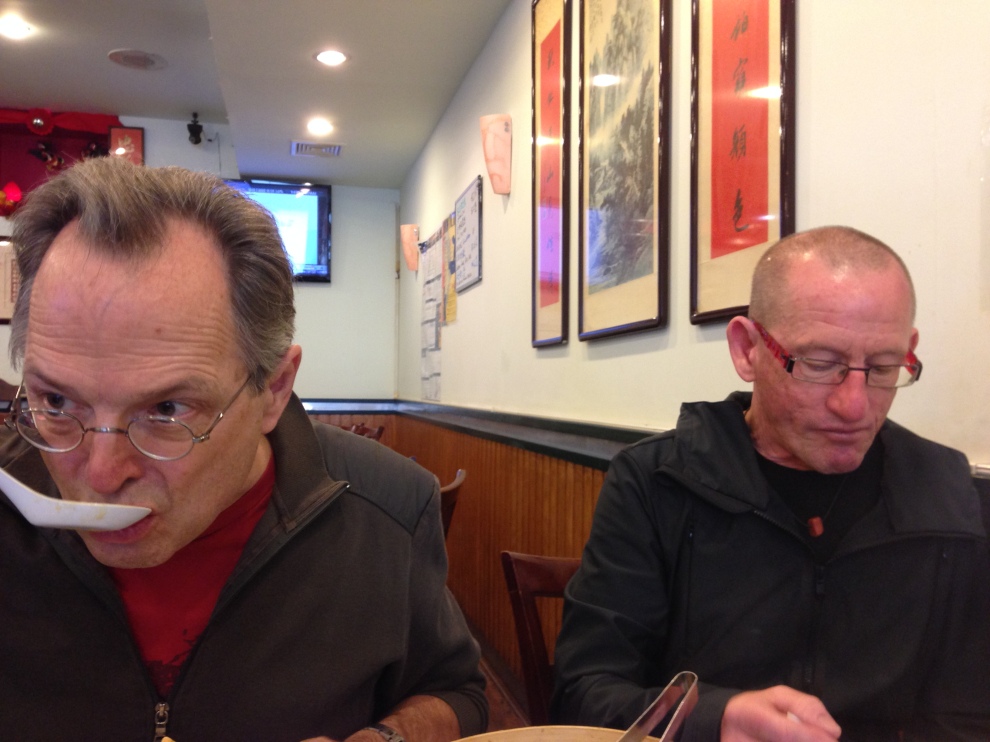 “They remind me of testicles,” said Rick. “There is a sexual quality about them that is definitely appealing.” He’d recommend the pork rather than the crab, if you have to make a decision between the two.

Or choose the crispy salt and pepper shrimp, amazing in the shell but not so much with the heads on. That’s okay, Gil pulled them off. 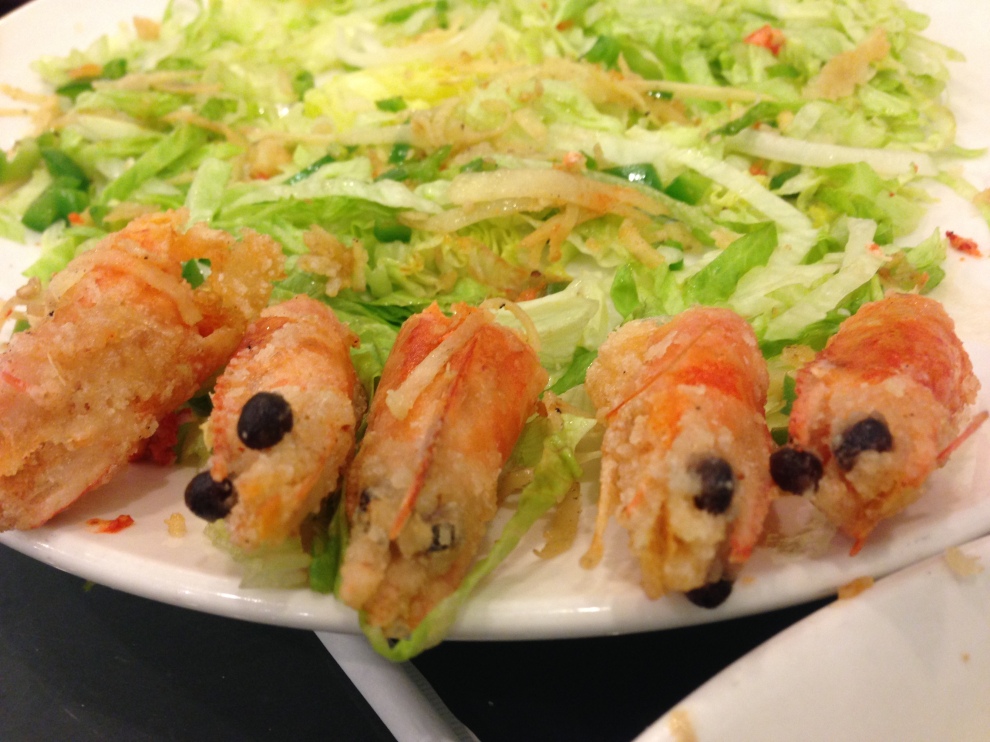 But how does the boiling hot soup get into the little parcels? You can probably guess. The cook puts gelled aspic inside the bun along with a little pork or pork/crab mixture, and it melts deliciously as it steams. A dish of vinegar with ginger slivers is served alongside, but we ripped into the buns too fast to pay any attention to them. 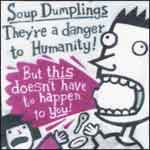 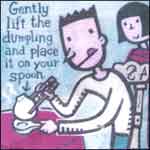 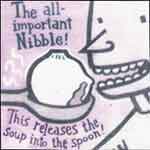 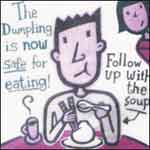