Friends in the audience, new and old. We met together upstairs at The Golden Notebook in Woodstock, New York.

Afterwards I wondered just what it was that made me so fascinated by beavers that I hold forth about them in every talk I give about The Orphanmaster.

True, not enough has been said about beaver.

New York was built on the foundation of the shaggy, rotund rodent with the frying pan tail.

The animal was easily trapped by Native Americans in their winter dens. The pelts were then traded with Europeans for copper, guns, rum, which was called “English milk.”

Cartographers dressed up their work with the animals.

Everyone wanted to know where the beavers were. In the 1600s, traders sent hundreds of thousands of pelts back to Europe. The sole reason for this huge trade? Beaver hats.

The felt was waterproof in an era before umbrellas. It was glossy, sturdy. The beaver – so the beaver hat was called – was the essential accoutrement for men and women of Europe. Everyone who could afford one had one, or two, or three. Beavers were bequeathed in wills.

In The Orphanmaster, everyone would have worn a beaver, even the women. All kinds of styles were available. Blandine, the protagonist of the story, is bent on getting rich buying and selling beaver pelts to Europe, venturing out into the woods to make her trades with Indian trappers.

Later, my friend Lloyd led us on a beaver hunt. Not to capture the animals but to see their impressive lodges.

Down the hill from his house was a magical if uneven path.

Far in the distance, across the pond, we could glimpse the rodents’ handiwork. More sun-burnishing.

A ways down the road,  the ruins of an ancient lumber mill.

So much history of this area, the Catskill region of upstate New York, is a stumbleupon away. Like the antique bottles Lloyd’s daughter Alice excavates from the woods behind their house. Also in those woods, black bears rumble around, tearing open rotted logs to get at the creepy crawlers within. 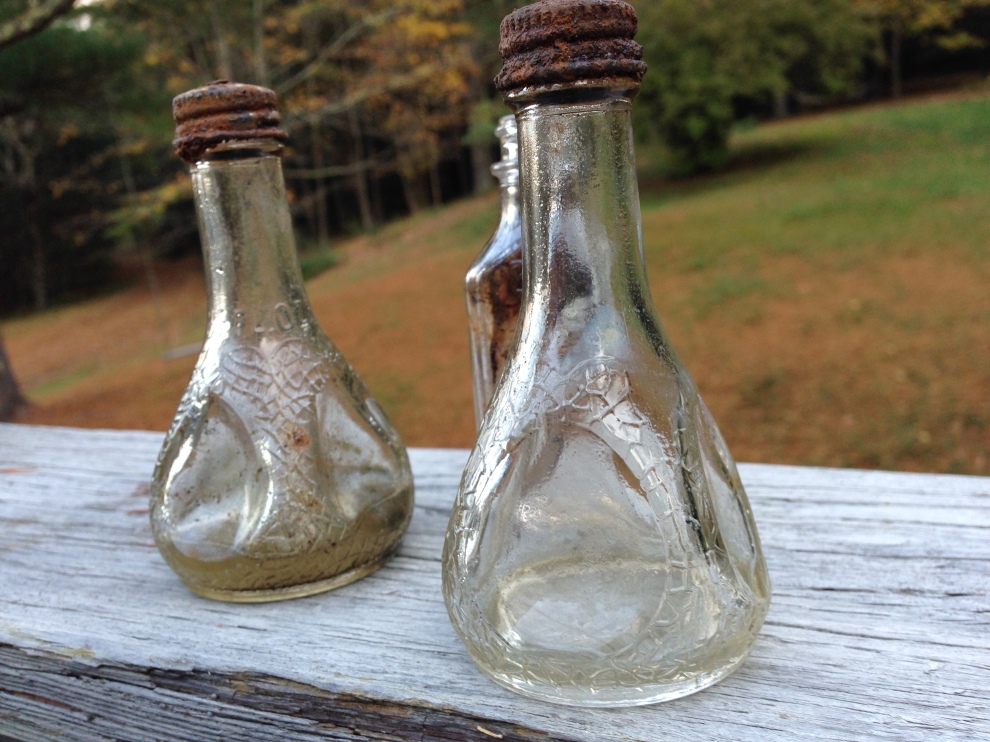 We saw one more lodge at Yankeetown Pond — to the right, below. David Bowie owns the mountain above. Probably has befriended a few of the beavers over the years. Like to come up for a drink? I’m Bowie. 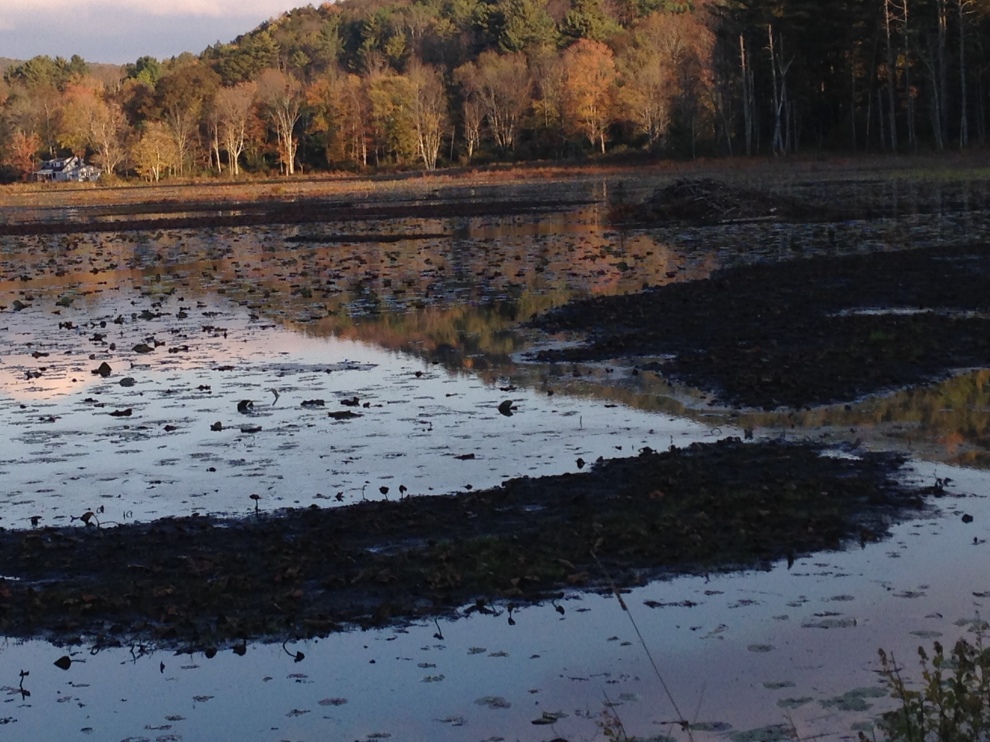 The finest specimen of the afternoon stood just to the side of the water, a gnawed tree that had clearly been someone’s snack. 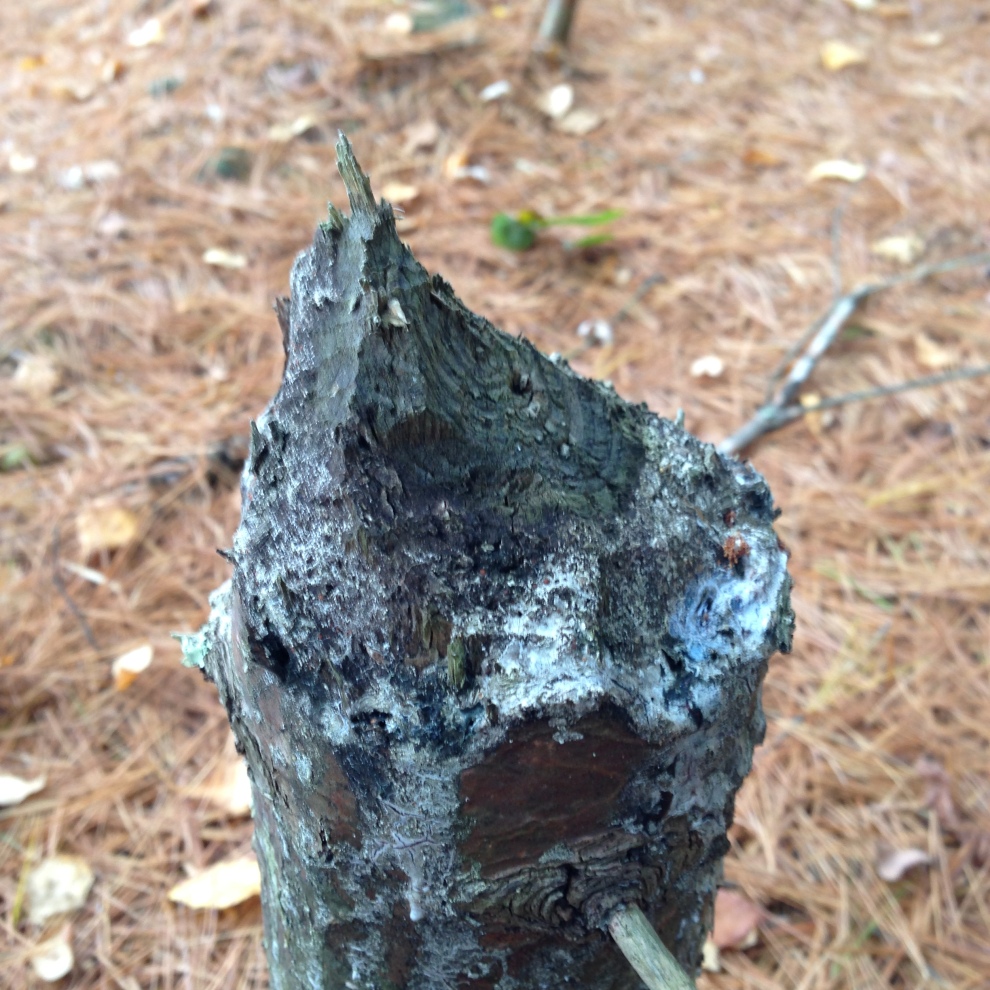 The beaver population was hunted out in the seventeenth century in these parts and is only just coming back today in earnest. They found one at the Bronx Zoo a few years back. No one could understand where it came from. Its name, they decided, was not Ernest, but Jose.

6 responses to “Dam It All”