And another great guest post from Gil Reavill, who between brewing coffee, clearing away dishes and bearing down on his own book has managed to fill in literarily while I’m off my foot.

EVER SINCE JEAN shared a bookstore appearance with novelist Koethi Zan, author of The Never List, the theme of captive women seems like a bad tooth that we can’t help worrying.

The horrific tales of Ariel Castro, the Cleveland kidnapper, rapist and murderer, remain in the news long after his captives took back their hard-won freedom. Recently they leveled Castro’s home, part of a plea deal that spared the predator a death sentence.

I wrote about the phenomenon in my book Aftermath, Inc.

Ed Gein’s Wisconsin farmhouse, destroyed by fire. John Wayne Gacy’s house in Des Plains, Illinois, bulldozed flat, as was O.J. Simpson’s Rockingham estate. Jeffrey Dahmer’s Oxford apartment building, with its infamous apartment 213, demolished. These sites were, in the language of real estate experts, ‘stigmatized’ properties. You know you have transgressed in some basic, Decalogue-violating manner when authorities raze your house and sow your fields with salt.

The theme of captive women crops up with stinging regularity in literature. John Fowles’s great novel The Collector was the first treatment of the theme that I encountered, probably as a too-young adolescent. 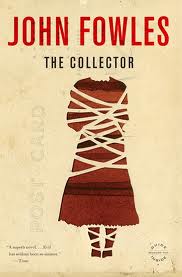 In our household, stories of Cynthia Parker and other women taken by Indians have become familiar through research for Jean’s novel, Savage Girl. Captivity is such a popular leitmotif in romance novels that it must form an admitted element in female fantasy. But the difference between rape fantasies and rape, as psychologists reiterate, is that women are in control of their fantasies.

During her research for The Never List, Zan became exhaustively familiar with captive women cases the world over. She tracks the survivors and gives sobering accounts of their inability to adjust to life after captivity. Often such women become recluses, unable to face life after enslavement.

Of course, stories of a lot of these victims never make the news. It might come as a shock to some benighted souls that human slavery did not exactly vanish from the face of the earth with the end of the American Civil War. Read Nicholas Kristoff’s great call to arms, Half the Sky, or David Batstone’s Not for Sale for accounts of sexually enslaved females all over the world (including right here in River City).

So it was with a creeping sense of recognition that I delved into our friend Nelly Reifler’s captivating (ahem) debut novel, Elect H. Mouse State Judge, out this week from Faber and Faber.

H. Mouse is by turns entertaining and disturbing, with Reifler treading a razor’s edge between Wind in the Willows and, say, Chuck Palahnuik, William Vollmann or Andrew Vachss. The innocence here is false innocence, and the topical true-crime reality of captive women leaks through the fairy tale.

H. Mouse is that eminently familiar figure, a compromised politician. His daughters Susie and Margo are taken by a religious nut named Father Sunshine (one Reifler’s best creations). The title character reaches out to a couple of shady political fixers named Barbie and Ken—yes, the very same ragingly popular iconic couple toyed with by children since the doll’s introduction in 1959. Ever wonder how Barbie and Ken do the nasty? Reifler tells us (it involves the removal of limbs). Lawyers from Mattel, Inc. ought to be knocking on Reifler’s door any day now. 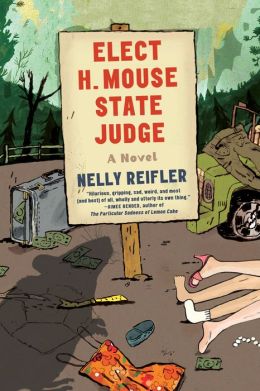 The figure of an unreliable narrator is a common one, but with H. Mouse I felt myself put into the position of an unreliable reader. I had the uncanny sense of humming along, enjoying the mice-and-foxes fable, then snapping awake to a nightmare. Reifler’s trap is baited with honey: the tone of faux sweetness is devilish, since one soon learns that it cannot last. Throughout these pages I suffered a quite enjoyable case of literary whiplash, something along the lines one feels with Animal Farm. (There’s a story kicking around, I can’t remember where I encountered it, about a student telling his professor that Orwell’s masterpiece was an excellent tale of the barnyard. The professor told the student to go back and read the novel again.) 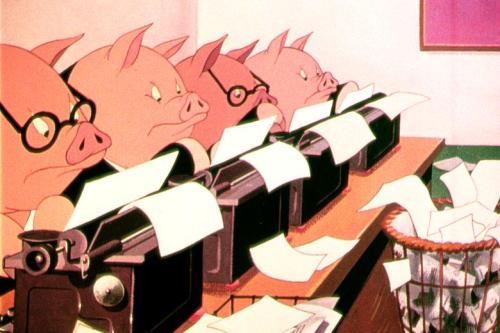 Elect H. Mouse State Judge is short, bittersweet and has a kick like a mule. Not since Art Spiegelman’s Maus have rodents been harnessed to so great effect.