Mike Brodie is not making pictures any more. He left that behind along with a life on the rails, wind in his hair, the dirt of the road.

But for almost five years, since he was 17, he used a Polaroid and then a 1980s 35mm camera to document the world of young freight-train hoppers, his peers, in some searing and sweet images.

Brodie traveled 50,000 miles through 46 states, catching a lift on more than 170 long-haul freight trains, and capturing the tiny details of life that usually don’t mean anything to anyone outside the people themselves. He had no experience as a photographer, he first picked up a discarded camera left behind in a car and just started to shoot his friends. One of his cronies took this portrait of him along the way. 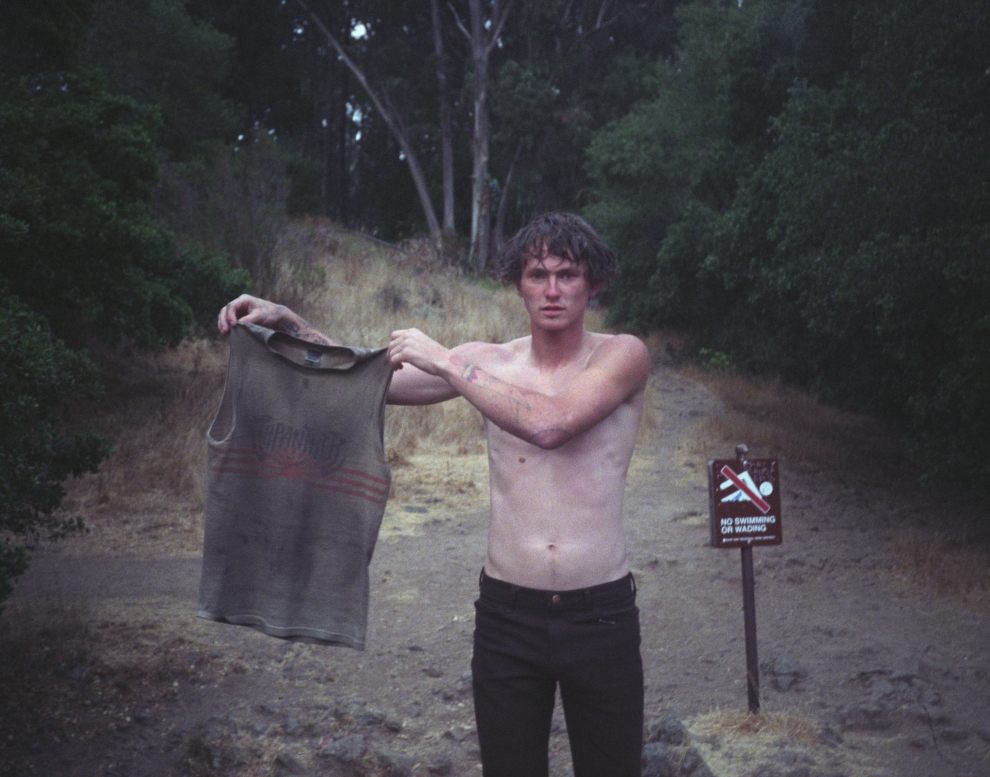 “There was nowhere to go but everywhere, so just keep on rolling under the stars.” So wrote Kerouac. His words have never felt less dated.

Brodie’s photos are romantic, edgy, authentic, and might make someone uncomfortable. 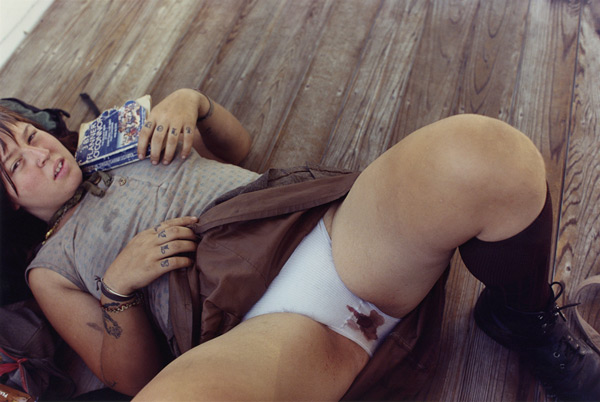 All right. You’re shocked. I’m shocked. Youth shocks, it demands attention. Brodie documents arrests and injuries, squats, disheveled car interiors (trains are only part of this story). Dirt. I love this one. 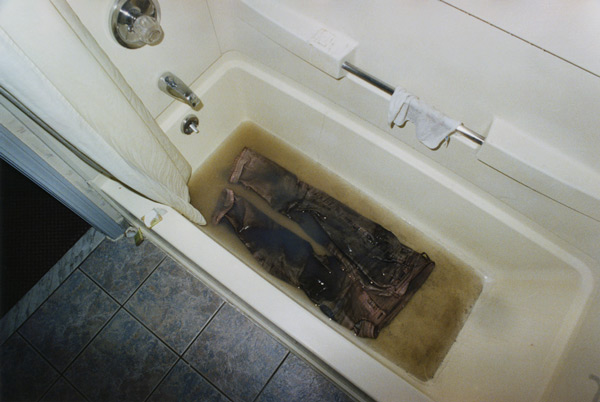 Some photos are grim. One reviewer described the work as “stolen glances.” There’s some truth to that. These are raw depictions of a ramshackle but exhilarating life. 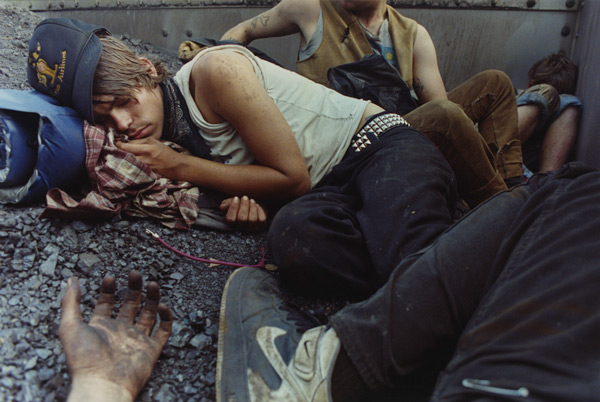 Whitman’s Song of the Open Road, another chestnut that begs to accompany these pictures:

Henceforth I ask not good-fortune,

I myself am good-fortune,

The result of Brodie’s adventure is a photo book called A Period of Juvenile Prosperity, published by Twin Palms, with coinciding exhibits in art galleries on both coasts. He and his friends apparently have mixed emotions seeing his intimate work appear in the mainstream. “You have a lot of worlds colliding right there,” Brodie told The Guardian.

This is not Never Never Land. Whitman knew the truth. Some of my favorite lines in literature, also from Song of the Open Road:

People in the recovery business talk about the uselessness of the “geographical cure” by which you try to escape your problems by changing your location. But still, some lucky people are flying, mostly by choice, rolling under the stars, true angels with dirty faces, thrilling to the open road.

Can you imagine how sweet these berries tasted?

Cormac McCarthy, in his work of apocalyptic genius, The Road: “Then they set out along the blacktop in the gunmetal light, shuffling through the ash, each the other’s world entire.”

Mike Brodie has said the inspiration for his work was “from the folks I was hangin’ out with in Pensacola. The punk scene, like radical anarchists and all these feminist girls, at the time, their ideas and way of life were really interesting and inspiring to me and really gave me the push to think for myself and, well, hit the road.” It was a tight tribe, he says, and nobody was “actually homeless.” Instead, “We took what we could get to make it through one more day or to get to the next town.” He reminisced to the Los Angeles Times about the “sound of a high-priority Z train whizzing by you at 70 mph in the middle of a cornfield in Nebraska, zooom zooom, zooom…”

In an essay for his book, he writes that “I don’t want to be famous, but I hope this book is remembered forever.” He has announced that he will not take any more photographs. He has graduated from the Nashville Auto-Diesel College and now works as a mobile diesel mechanic out of his silver ’93 Dodge Ram.

Mike. Please pick up a camera. Maybe show us the secret world of auto mechanics. Or any secret world you choose.