Some of the stained glass leading in the sanctuary’s 160-year-old lancet windows has split over time, and high-up panes blew out during Sandy. What remains is lovely. 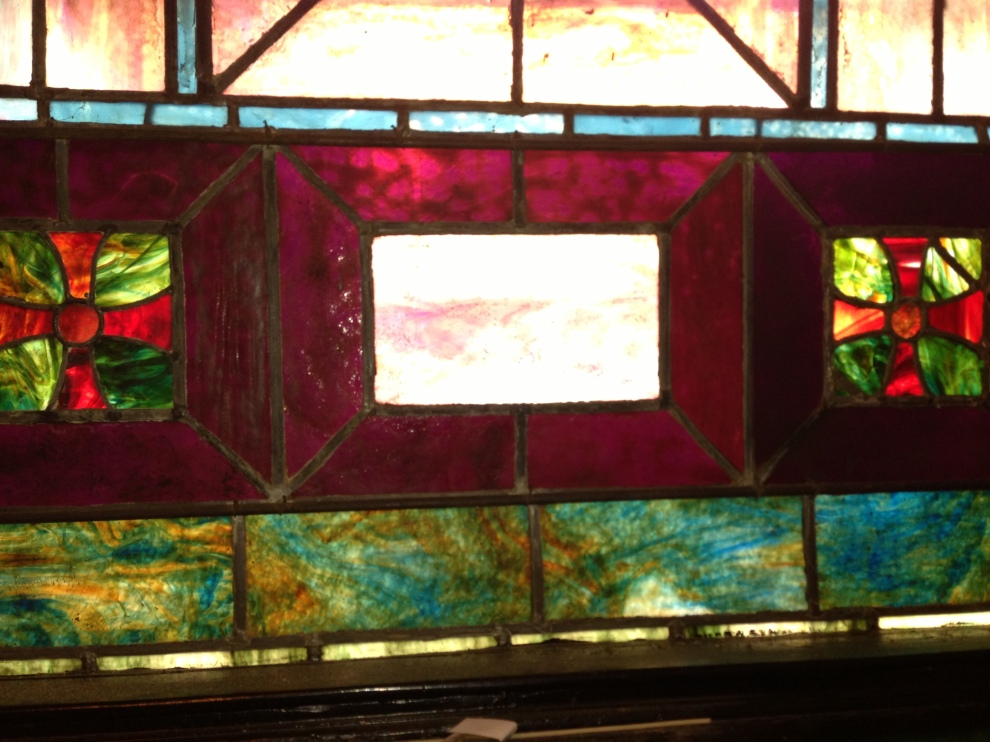 The Reverend John Hamilton toured us around St. John’s Church in Yonkers, New York, and showed us some of the attributes of this historic place.

In 1752, when the oldest part of the church went up, funded by nearby landowner Frederick Philipse II, the windows of St. John’s were clear, and the walls vanilla-white. The Enlightenment reigned. Worshippers sat in rationally arranged rows facing a central pulpit. The Church of England was the only game in town.

The Philipses’ rubblestone house just 300 yards away rose out of a bucolic landscape. It was grand, a European-influenced manor house in  wild country. An indomitable fur trader named Margaret Hardenbroeck first built it as a stopping-off point between Manhattan and Albany in 1682. 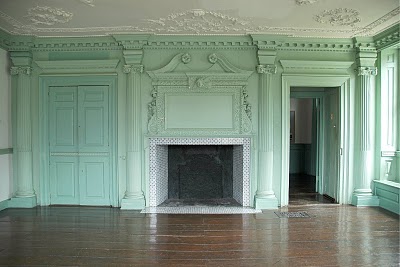 A rushing stream, the Nepperhan, ran downhill beside it to the Hudson River. Its terraced gardens were famous among travelers who passed by. There’s even a picture of this paradise, thought to date to a real estate circular in 1784.

A bit later, a diarist recalled that the Nepperhan was surrounded by “fields of wild violets that filled the air with perfume.” A deer park suited the Philipse taste, with the last of the line, Frederick III, a Loyalist who was banished from the new America at the end of the Revolution.

Overseeing the building of the Episcopalian church was his great accomplishment.

You can still see the original doors. To me, they  bespeak a humbler age of churches. 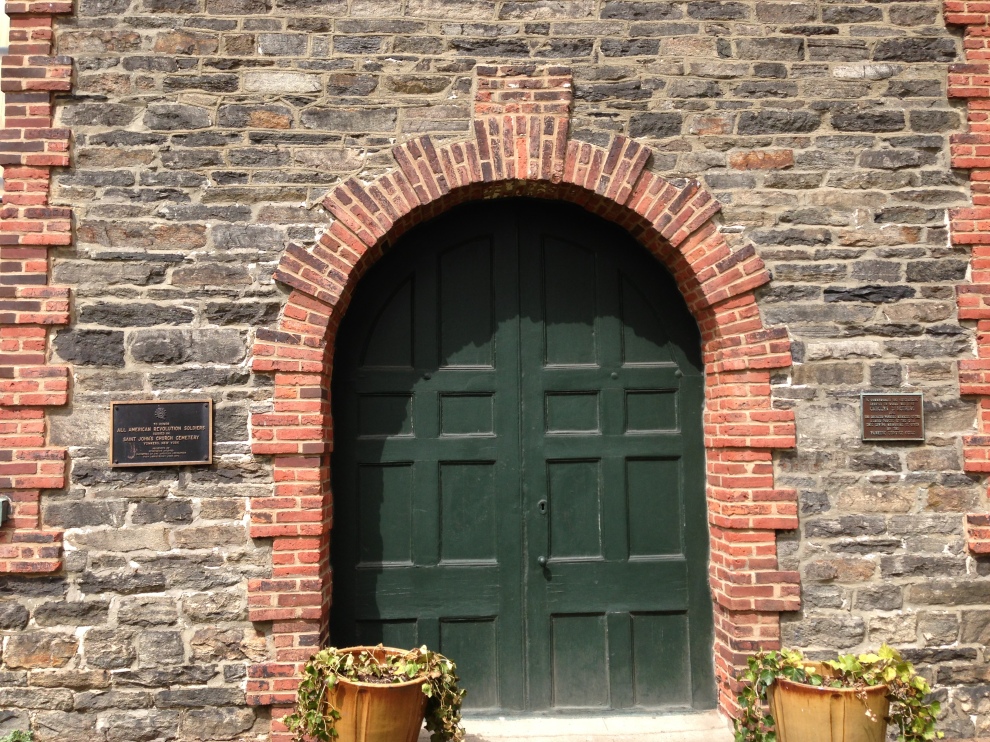 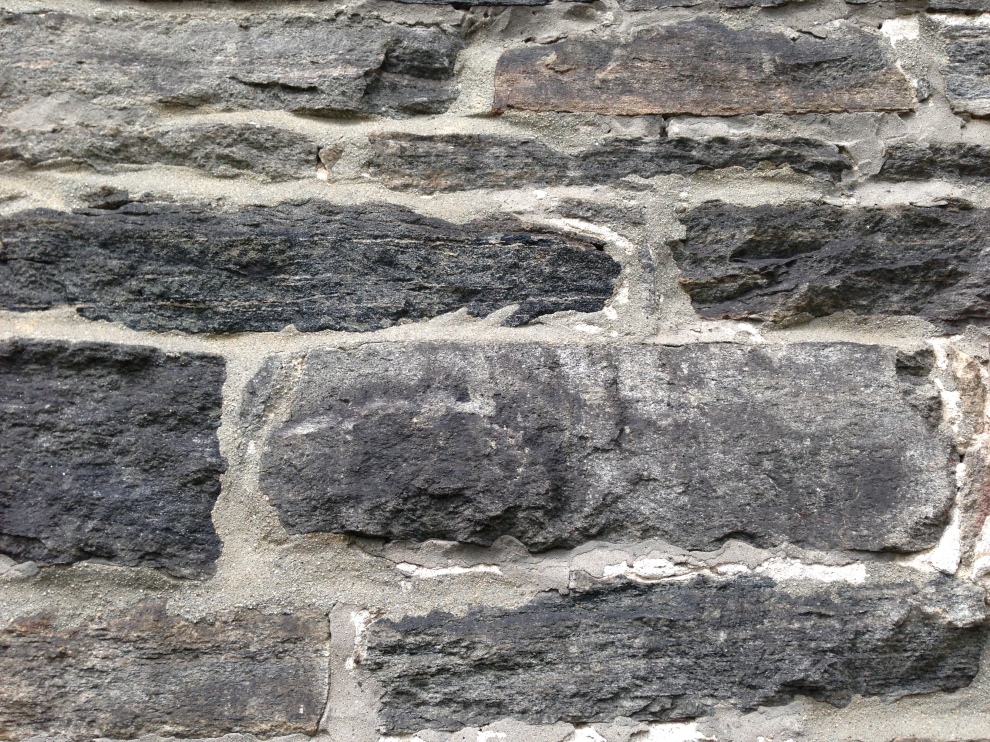 Quoins of a newer addition (1849) take from the Dutch tradition. 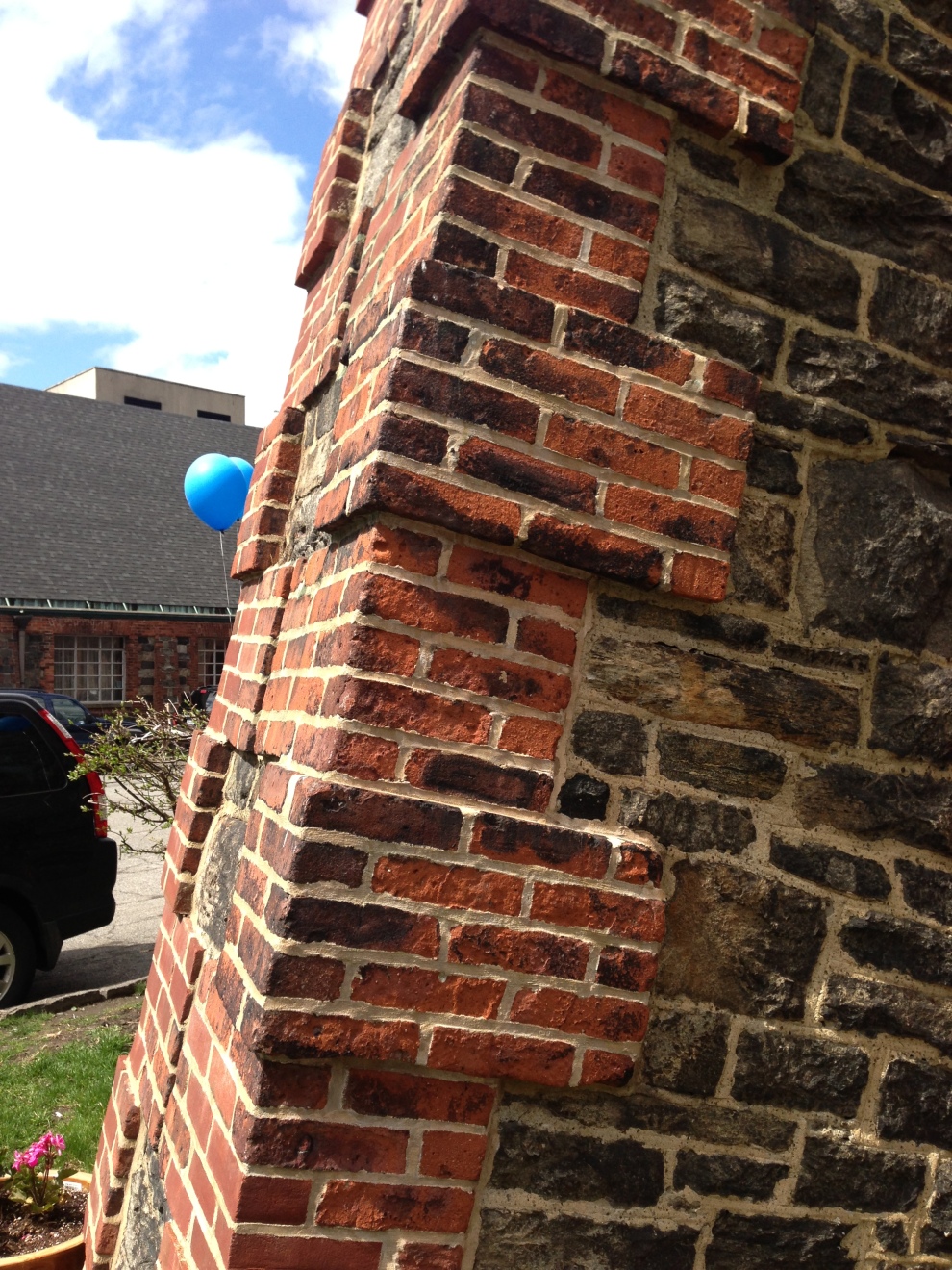 Today St. John’s and Philipse Manor Hall remain the oldest structures in downtown Yonkers, their existence a proud bulwark of a neighborhood that has suffered blight since the 1960s.

The church building itself is hurting. The 1818 church bell can’t ring because its rope is stuck (“I’ll get your bell rope free,” says Gil. He likes to climb.) But inside, intact and clearly visible, high above the congregation, a legend from St. Augustine runs around the edge of the nave: He brought me into his banquet hall and his banner over me was love. About the architect who revamped the old colonial structure and installed that saying, Edward Tuckerman Potter, Father John says, “He made funky buildings.” 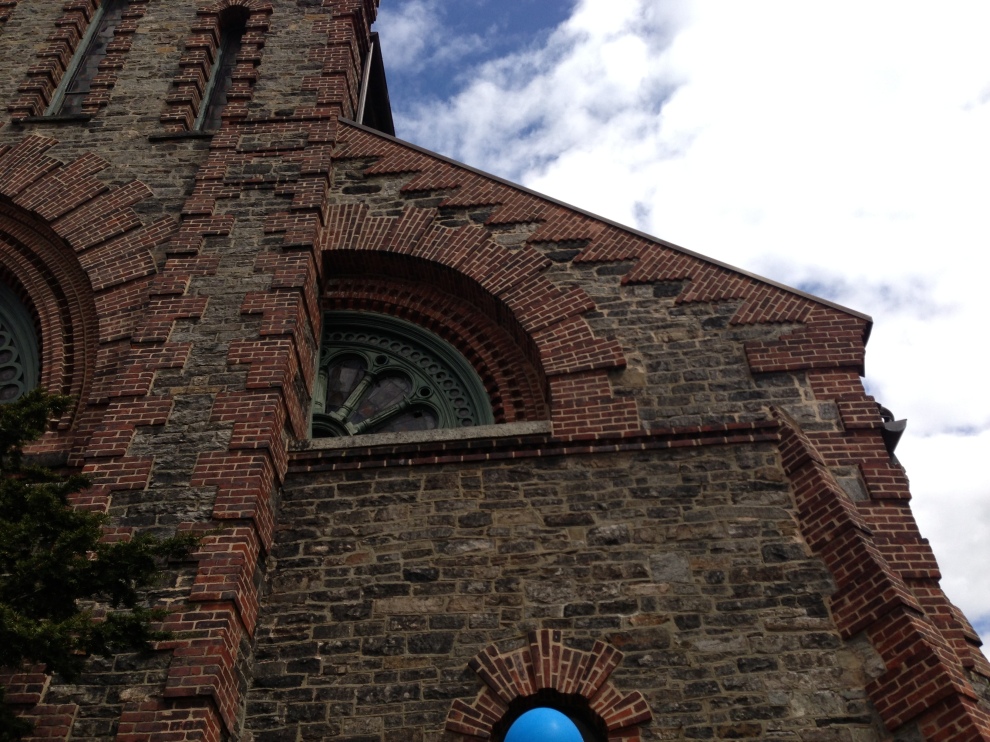 At the time of the Revolution, St. John’s served as a military hospital where the wounds of Patriots and Redcoats  were tended to equally. Legend says soldiers are buried beneath the building. But an interesting story comes down to us about a rector’s wife of the time, a secret Patriot. She sneakily alerted the Americans to the movements of enemy troops with the use of a domestic semaphore — by the way she hung out her laundry. 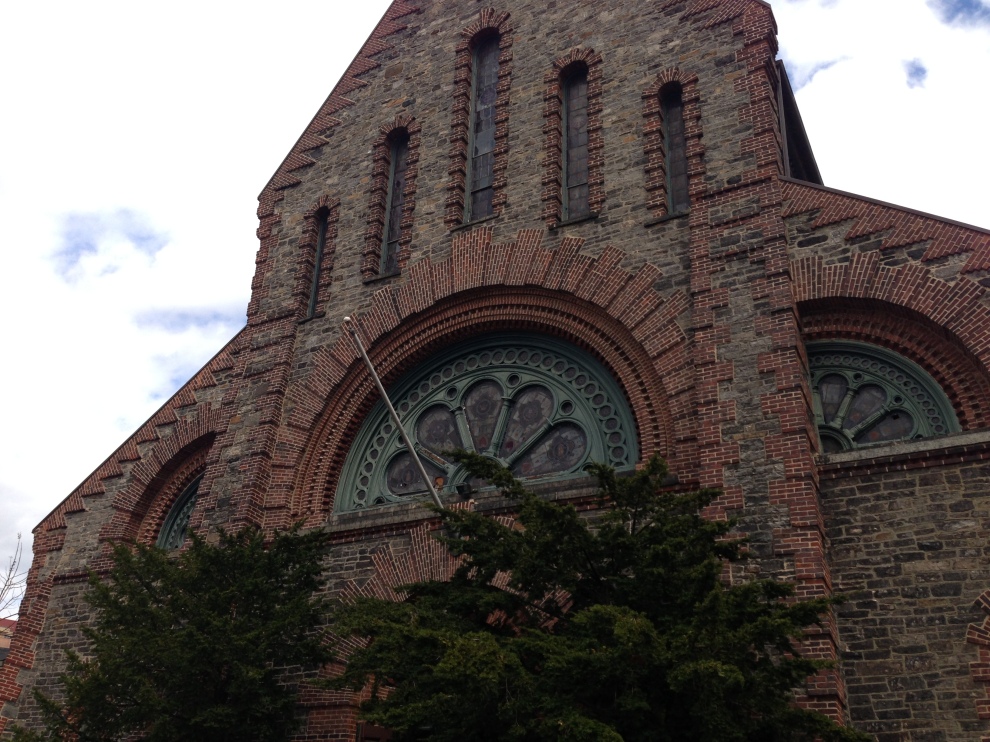 “Don’t forget that sermons were an hour long,” says Father John. “I always say that Washington slept here.” The General also paid court to a Philipse girl, Mary – he called her Polly – down the way. (She was something of a firecracker, someone I wrote about in The Women of the House, and was responsible for the oldest building in Manhattan, now known as the Morris-Jumel Mansion.)

Today the fabric of that past is fraying, at least in the physical character of the church. Father John is happy that the City of Yonkers has promised a matching grant for a campaign to restore St. John’s windows. The economy makes this a terrible time to fix panes of glass.

But otherwise they blow away.