The Natural Loveliness of Brahms

“It’s relaxing but it’s also uplifting,” I heard a woman say to her companion after the music ended.

I’d just emerged from a chamber performance at the Brooklyn Public Library, that Art Deco masterpiece on Grand Army Plaza which dates back to 1941. 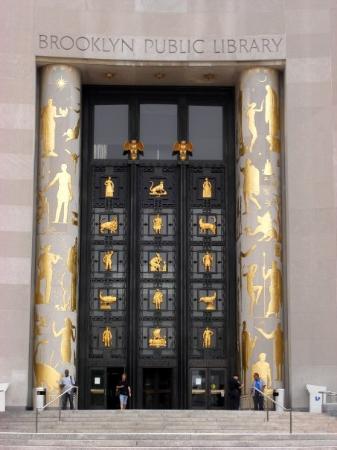 The sense I think I shared with the mass of humanity swirling around me in the lobby was that we felt a whole lot better coming out of the concert than we had going in. Music as magical curative.

Vista Lirica is a New York-based chamber ensemble with an environmental focus, which means they play fantastic compositions by nineteenth-century Romantic composers in which nature’s power and emotionality take center stage. Mankind is a small though crucial part of the spectacle of the whole natural universe.

I knew Beth Levin, the pianist, but this was the first time I’d seen her perform with her cohort in Vista Lirica – Frank Foerster (viola), Eric Grossman (violin/viola), Neil Rynston (clarinet) and Lawrence Zoernig (cello).

Odd things happened on the way to hear this beautiful music. The Brooklyn Bridge, under repair for at last another year to the tune of five hundred million dollars, wore a diaper to protect motorists from tools and other falling debris. You’d think it was a baby, but it was born in 1883. 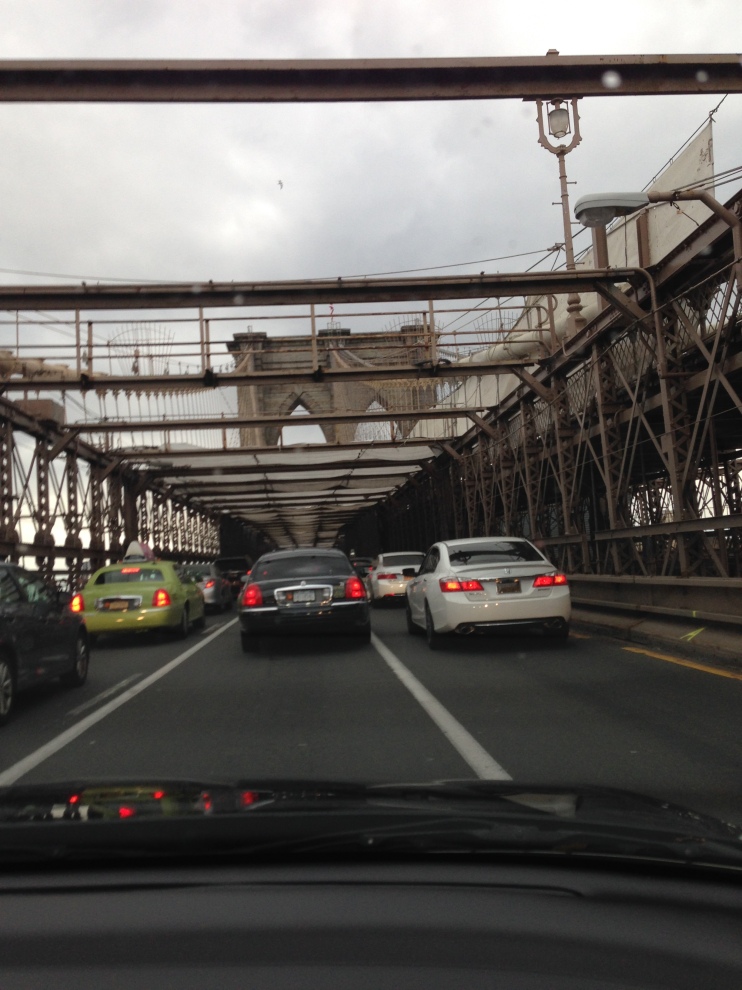 Then, as the concert started at the library, there was a commotion in the back of the house. “Tell them to stop playing!” someone shouted. No one knew what to do. It was midway through Mozart’s Trio in E flat major. Turned out later there was a group of developmentally disabled adults in the audience. The musicians continued playing. All was well.

And then there was the piano tuner. A man was seated just down the way from me in the front row, with a pink bush of a beard and gnarly bare feet.

One side of his baggy tee read “Quiet Please.” The reverse: “Piano Tuning in Process.” He looked as if he wasn’t unfamiliar with a cardboard box for a domicile. He caused some alarm at intermission by jumping up on stage, removing the top of the instrument to get at the action and attacking the job with a furious intensity, all the while muttering under his breath.

The concert spanned four centuries. There was the Mozart trio. A Bernstein sonata.  “La Danza Implacable” by Jorge Lopez Marin. And lastly, what I found irresistable, Johannes Brahms’ Quartet in g-minor for piano, violin, viola and cello. Clara Schumann was the pianist for the very first performance of the piece, back in 1861.

Musicians play music with their faces. Beth played vigorously, rapturously, looking somewhat stricken for most of the Brahms. The violinist appeared to be grappling with the secrets of the universe. The cello player was soulful, the viola player looked as if he had finally accepted his fate.

I might have been overinterpreting, remembering my cello fail in middle school, when I mounted the stage to find I had absolutely no idea what notes to play.

Or maybe I myself felt stricken by the romanticism of the Brahms. Owing to the natural bent of Vista Lirica, I felt myself muse on environmental themes as they played. Storms. Falling snow. Green hillsides.

What was that movie about the chamber ensemble? My mind drifted. A Late Quartet. The one with Catherine Keenan, Christopher Walken, Philip Seymour Hoffman. I am fascinated by the way musicians signal each other with a slight tip of the chin or significant glance when they are ready to go into the next bit. Movement? Perhaps that’s the word for it. Anyway, I wish I could communicate so deftly.

The Brahms Andante con moto in particular held me in its sway.

Later, I asked Beth about the Andante, what makes it so special. “Well, the Andante is usually moving,” she said, “often minor key. The composer goes so deep. But in this one the middle section gets jubilant, like a dance.”

Still attired in the fuschia top she wore on stage, the perfect garment for a Romantic pianist, Beth was surprisingly shy-seeming after her thunderous stage presence. She’s somewhat reserved, she told me, both before and after she performs. Was it hard to go on playing after that noisy interruption today? “Once I played and hailstorms came down on the roof – it was Schumann! Keep playing, I always heard, so I did.” And what about that colorful piano tuner? “Oh, that’s Ben,” she said, adding that she’d been startled when she first met him and he tossed his sandals aside before getting down to business. “When Ben shows up at a concert,” she told me, “I know he’s going to want to tune my piano.”

A concert soloist when she is not with the chamber group, Beth spent two weeks recently in Germany – two recitals and sightseeing. She payed homage to Bach at his grave in Leipzig.

And the music that was mesmerizing me with its spider webs and rainbows, how did that happen, I wondered. Approaching the Brahms, she said, she and the other performers “talked about nature, not in rehearsals but afterward, when we were sitting around.” She smiled. “Brahms was probably walking through the forest half the time when he was writing.”

3 responses to “The Natural Loveliness of Brahms”