When was the last time you thought about Art Garfunkel? His angelic tenor, his sensitive beak, his fallouts/reunions with Paul Simon, his blond ‘fro? 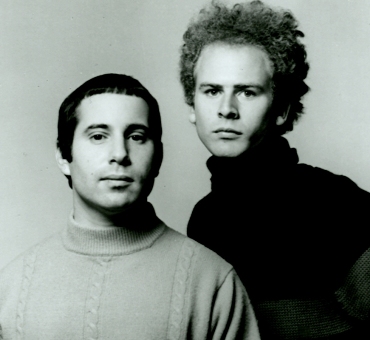 Which is why I jumped at the chance to see him solo in a tiny venue in the middle of New Jersey, in a performance that was being billed as an “open rehearsal” – for what, somewhat unclear. Anyway it would just be Art and a guitar up on the stage, with a group of several hundred devotees.

Three hundred fifty, to be exact, because that was the seating capacity of a hall called the Tabernacle in a magical, historical community called Mount Tabor that originated as a Methodist summer camp meeting ground in the late nineteenth century.

People live there now, in houses, not tents. Our friends Eric and Mary Ann have been Mount Tabor-ites for decades.

Walking to the Tabernacle for the show has an element of the mystical, along the small, civilized paths. 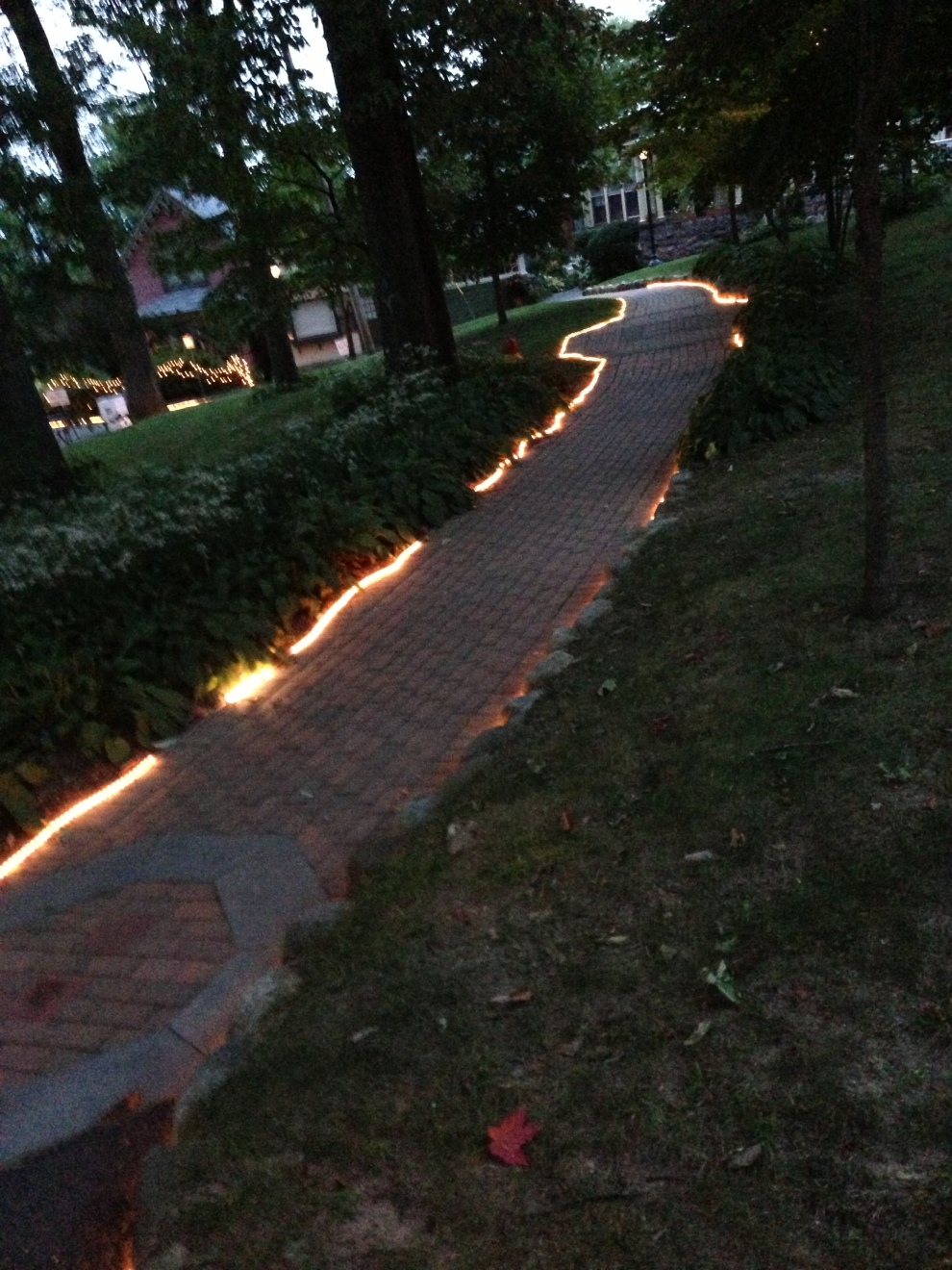 When the place originated, tent properties (leased from the Camp Meeting Association of the Newark Conference of the United Methodist Church, never bought outright) stretched back from the central building and its green, with the more prominent families closest to the preaching. People came here for a month in the summer to get their evangelical fix much the way they did at Ocean Grove, Tabor’s Methodist sister town on the Jersey shore. It all depended on whether you wanted the mountains or the sea, both were equally soul-restoring. The movement faded at the turn of the twentieth century, with houses  eventually built to replace tents, and 212 of the ornate gingerbread-decorated originals remain. National landmark status for the district is imminent. Quiet streets wind throughout this other-timely locale. 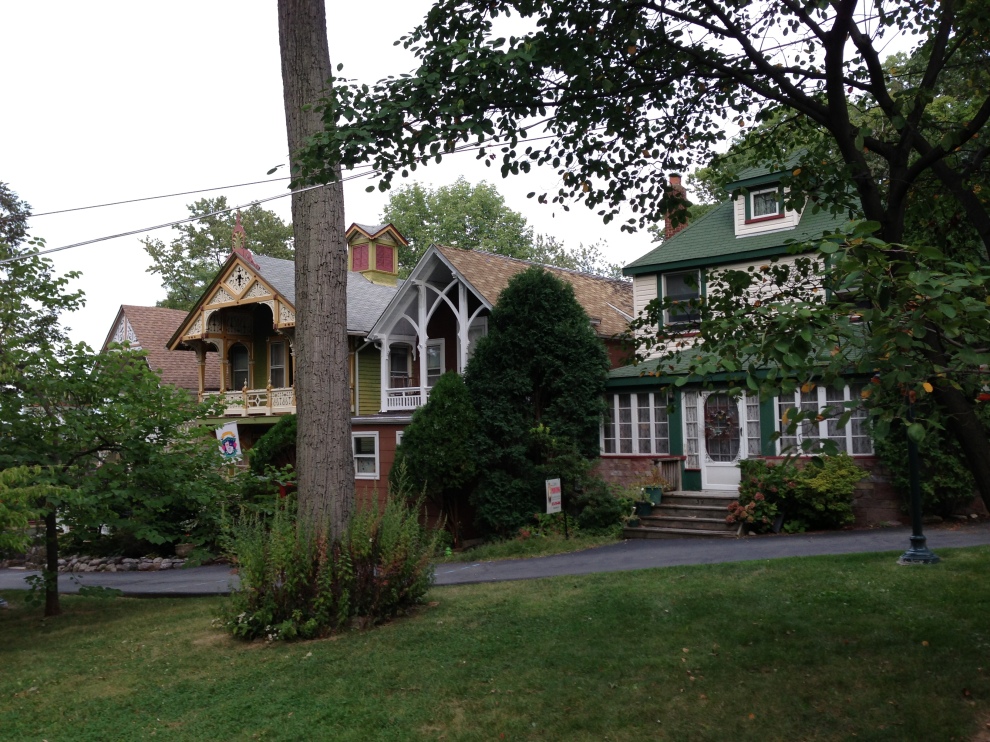 Eric and Mary Ann, who raised three kids here, have a property of “six to eight tent plots.” They are “the landed gentry,” Mary Ann wisecracks. She tells me that unlike other towns, here you actually tell your kids to go out and play in the street – because yards are postage stamps if they exist at all. It used to be canvas abutting canvas. “You sneeze in your house,” Mary Ann tells me, “and they say bless you in the next house.”

There’s history here, multiple generations living on in one house. A descendent of the original farmer-landowner named Dickerson still runs the supermarket down the hill. Mary Ann orchestrates a longstanding local holiday (like, a hundred-forty years long) called Children’s Day. “You could be a benevolent dictator,” suggests Gil. “There are certain people you must dictate to,” says Mary Ann archly.

We wait in line for Art Garfunkel. Hydrangeas glow in the dusk. 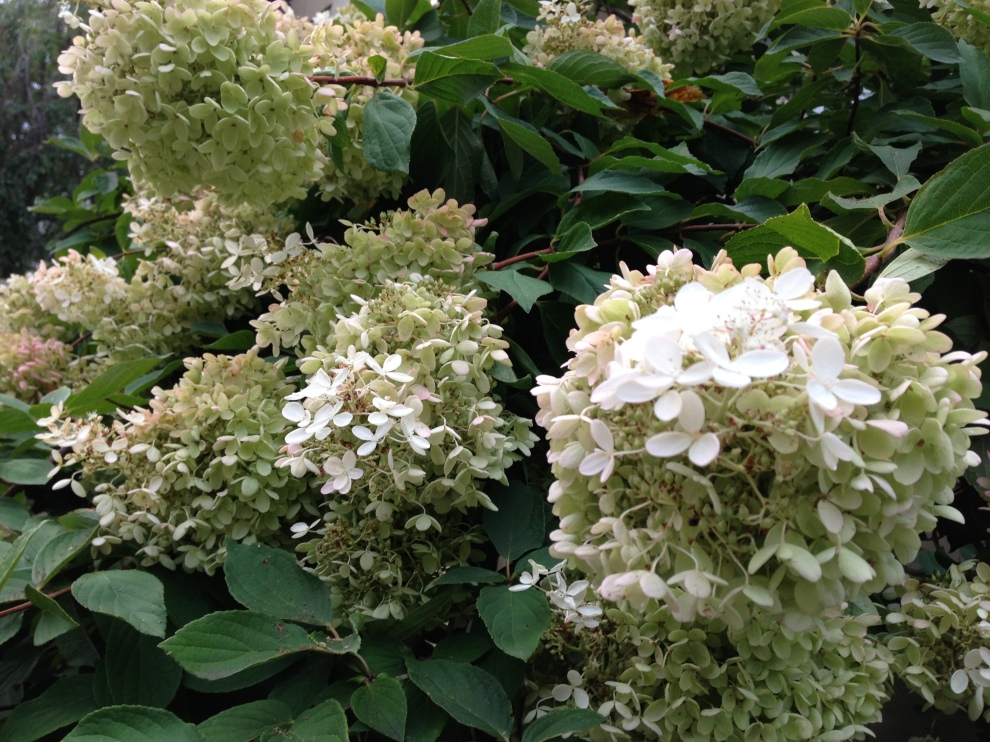 Time expands. The line stretches, people who have journeyed to this little enclave to see a great singer.

There are perks of being a Mount Tabor resident, and since Mary Ann and Eric know George, the organizer of the event, we go back to the green room half an hour before the performance. It’s located in an adjacent historic building that is usually bare, filled only with folding chairs, where various committees hold their meetings.

“This is why they come,” says George, referring to the other big-name acts that have appeared in small-town Mount Tabor, Hot Tuna, Arlo Guthrie and Donovan among them. The green room features low, romantic lights and rich burgundy tableclothes and a line-up of chafing dishes in this quaint building that transports you to another time. They had to peel Donovan out of here to get him to the airport after a post-show Buddy Holly singalong.

“Art is sleeping on the ground floor beneath us,” George tells us. I think about that.

Ssshh. Outside, we inhale the late summer air, cool and warm breezes intermixed, the scent of late roses from people’s tiny garden plots.

We’re standing next to what everyone likes to call the 1873 condo, a building of connected homes where three tent sites originally stood. Slate and gingerbread! Some of that detail might enhance the Cabin. 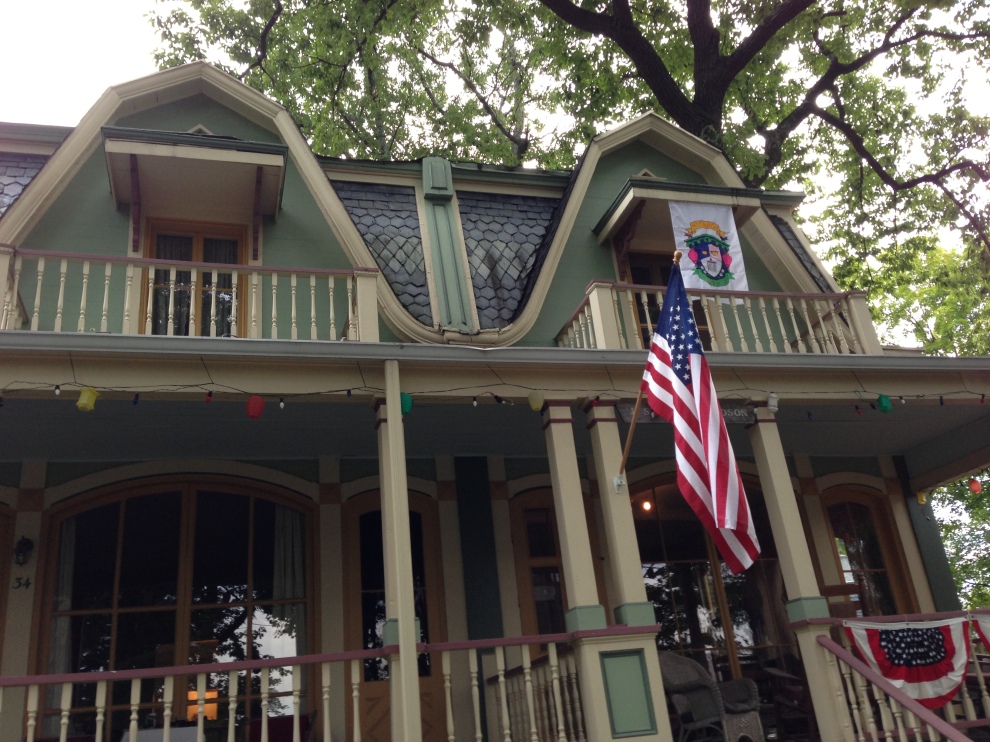 The Tabernacle, built in 1885, is a wooden octagon topped by a cupola. It has no heat, just hardbacked benches with plenty of leg room.

The interior paint is original. No joke.

Giant poles hold the roof up.

It’s time. George, at the mike, gives fair warning: Art detests gadgets. Phones and cameras throw him off his game. Turn everything off. Everything. Now. A big change for those of us accustomed to concerts with everybody waving their units around in the air, with everything instantly You Tubed. What kind of curmudgeon makes these rules?

And Art does turn out to be a bit curmudgeonly,  approaching the front of the stage to lecture someone rude enough to attempt a picture. He looks the curmudgeon too, his nose sharpened by time, his height perhaps decreased, his pate and his frizz, a plain checked shirt and jeans, a man in his later years.

He begs our forbearance. He has been struggling with his “damaged voice” for three years, he says. (He cancelled a tour last year, I heard.) He just now feels he can bring it out in front of a crowd, but he is self conscious. Between songs, he thanks listeners graciously for their support. He reads to us from writings on the backs of white envelopes, poems, he says, he wants to test out on us, from a collection will be published next year by Knopf.

He recites a poem he originally read for Paul Simon on his 70th birthday:

For 70 years his arm has been around my shoulder,

He’s dazzled me with gifts.

I nurtured him in his youth.

He brought me into prominence.

I taught him to sing.

He connected my voice to the world.

I made him tall.

All of our personal belongings are intertwined.

We say it’s exhausting to compete,

But we shine for each other.

He tells us a story of living on Amsterdam Avenue when he was in architecture school at Columbia, living among roaches. Simon came over saying he thought he had a song that might be worth something and it was Sounds of Silence. Garfunkel sings Sounds of Silence for us. Haunting.

He shares an anecdote about Jack Nicholson’s acting chops when they did time together in Hollywood on Carnal Knowledge.

A story about the “bird in his throat,” and singing Ol’ Man River for a herd of cows as he hiked in the country one day.

As for the singing… the angelic tenor… well, the instrument is indeed broke, in part. Still ravishing, sometimes. It is an amazing performance, though, just because it is so raw, because his voice is imperfect, because of the notes he can not hit and the notes he snags, better in the lower registers. Bookends, a capella. Cathy’s Song. The Boxer. Parsley, Sage, eliding over the rosemary, but bringing the song home, ultimately.

There in Mount Tabor’s intimate, historic Tabernacle, all is forgiven. 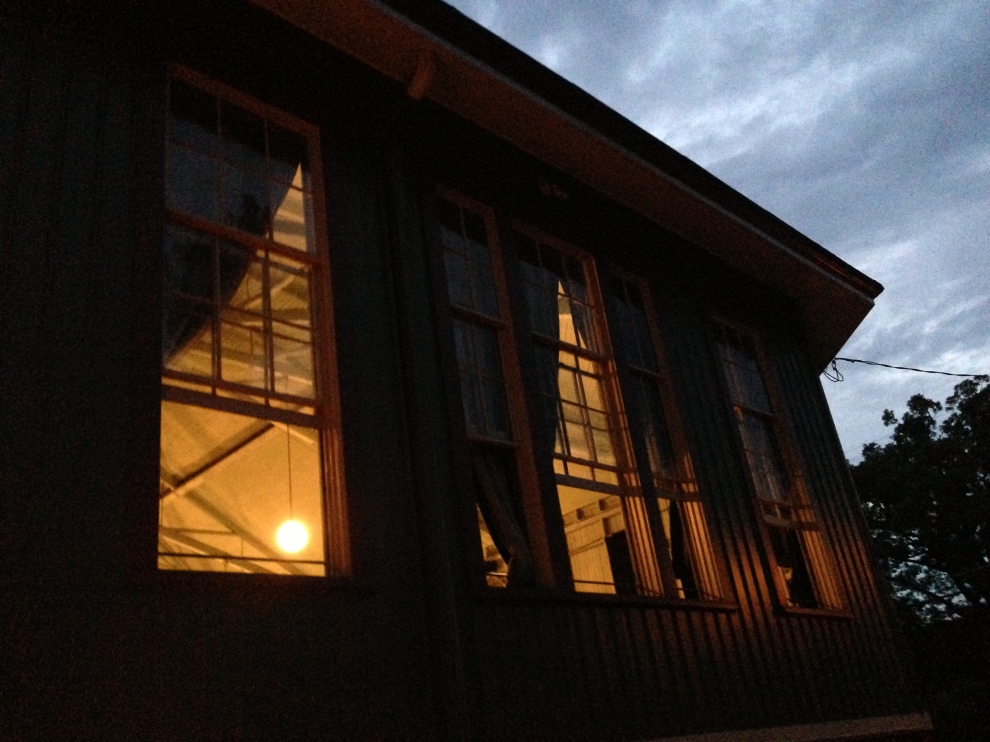 6 responses to “Art for Art’s Sake”