My friend Sarah Hollister, an American who has lived in Sweden for some years now, agreed to do a guest post for me. Her perspective and her pictures are lovely. Here she is:

We’re soon leaving the Henning Mankell Gård (translated farm) up here in Härjedalen in the northwestern part of Sweden. Just one more day. One of the great things about this writing residence is that family is welcome (there’s even a sweet baby crib in one of the bedrooms) so my partner Gunnar has been here with me which has been good. This house is too big for one person.

I spent the first day roaming the roominess of the house, up and down the stairs, examining the books in the library, checking out the huge laundry room, washer, dryer, and a drying closet for heavy rugs. Just enjoying the space before I settled down in my workroom on the first floor.

Gunnar and I took some day trips on the two cycles provided and discovered a number of deserted houses up here, people who had given up. Though we also saw some very prosperous looking farms.

You can’t be in this part of Sweden without encountering a fäbod, (translated mountain pasture). But a fäbod is more than grass, it’s a concept, now lost, a way of living. Fäbods consist of a cluster of small weathered log houses built on a site where there was plenty of green grass for cows to graze to their heart’s content.

We visited  one just up the road from the Mankell Gård, climbing up the narrow path that led to the high pasture. I thought of cows, of many cows navigating these paths covered in roots and rocks, mooing and balking.

The log houses are fairly small, no bigger than a large farm shed, with low ceilings, dispelling the myth of the towering Vikings. It’s easy to bump your head if you don’t duck. Most of the buildings were built for storage, hay and wheat, milk and butter products.

In one of the buildings, we found pictures carved into the beam logs. There was a written explanation on the door that explained the pictures were representations of the wars between Norway and Sweden, border skirmishes that took place up here in this part of Sweden. It was hard to tell though. The small figures looked like ordinary men and women to me. Someone had an interest in art.

There is one log house (as in every fäbod) specifically to house a young girl, the fäbodjäntan. It’s difficult to find an English translation for this word —  let’s say cow tender. She helped drive the cows up the mountain, then stayed on alone tending the cows over the long summer days.

What do we know about these girls, the fäbodjäntans? They had a song they used to call out to the cows, their voices echoing up and down the hills and mountains. I like the romance of it, I admit. They slept in small beds in the small wooden houses of the fäbod. They were kept warm by a fireplace should the need arise, cooked their meals there as well and at times were allowed a visit from their fiancé if they had one. A larger bed with a curtain was available for those visits.

Gunnar pointed out that morality was not so strict in those days, at least for farm girls.

I’ve grown used the quiet of the mountains, the sunlight glinting off the birch leaves, shimmering, silvery. I wouldn’t mind living in a fäbod myself. They’re for sale if someone has a knack (and the money to spend) for renovation. It would be nice though to spend a whole summer in one, dreaming and writing. 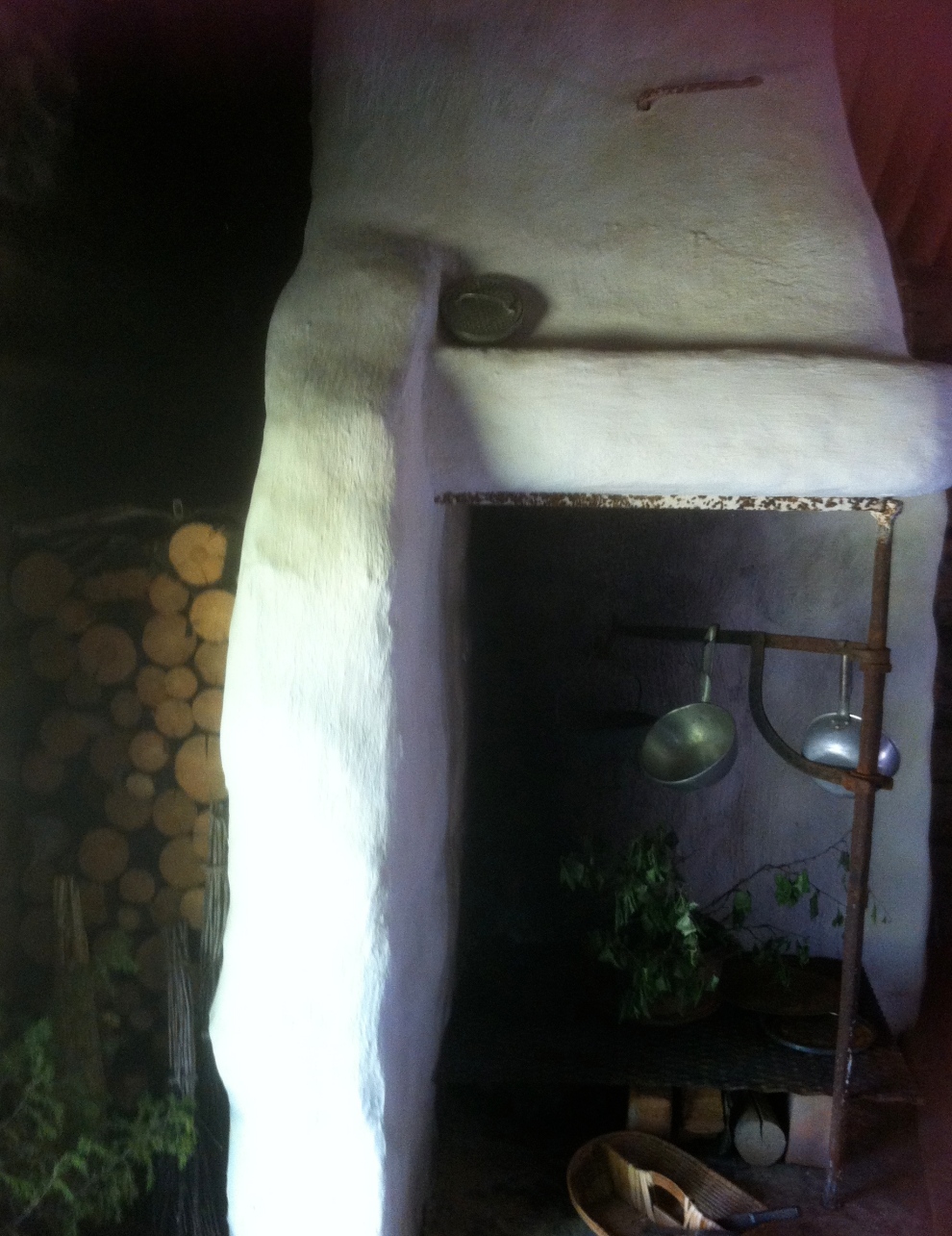