Piquant Spoonfuls of the Past

At a bric a brac shop in Wisconsin I came away with some new treasures for my recipe pamphlet collection.

What is bric a brac, anyway? Something you love and nobody else gives a fig for. The phrase originated with the French in the early 1830s, and it literally means at random or without rhyme or reason.

Well, my affection for vintage cookery pamphlets is certainly that.

My collection of over a hundred booklets spans the 1930s to the 1980s, but these simple illustrated bound-paper time machines were already being produced in the late 19th century, when food companies began to lure women into the kitchen with recipes that delicately enticed them to use their products. As time went on, companies like Spry (a competitor of Crisco) produced fantastic, clever efforts. Home Economics institutions also stepped in to help sort out culinary complexities, particularly during the years of the second world war, when shortages affected almost all households. 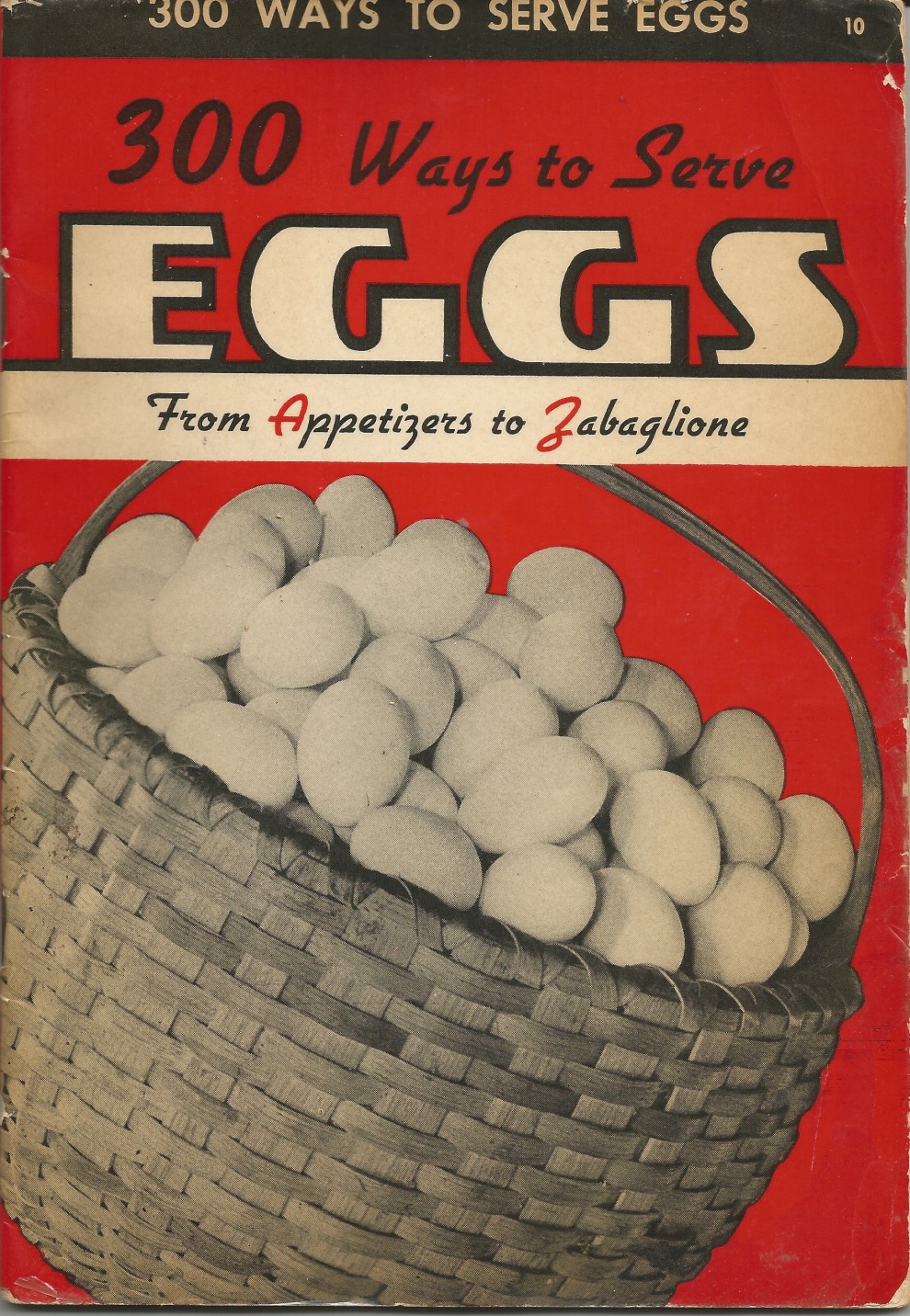 300 Ways to Serve Eggs came out  in 1940 under the auspices of the Culinary Arts Institute, “One of America’s foremost organizations devoted to the science of Better Cookery.” I love the optimistic bounty of that egg basket, and the idea embodied in the introduction to the pamphlet that this humble food can change our lives.

We know now, that they carry in their golden hearts every food element the human body needs and especially vitamin D which occurs so rarely in our everyday foods. Our only problem is to eat enough of them.

Of course the kitsch of the illustrations is great, and the nostalgia of such fare as egg frizzle (incorporating chipped beef) and noodle oyster loaf with creamed eggs, served with the ubiquitous white sauce of the age. They sound dated, but I remember growing up with the simple baked eggs found in this pamphlet, and they were delicious.

Eventually all sorts of corporate types realized that recipe books made good giveaways, and so you got pamphlets like the one produced by Wisconsin Gas Company in 1969. 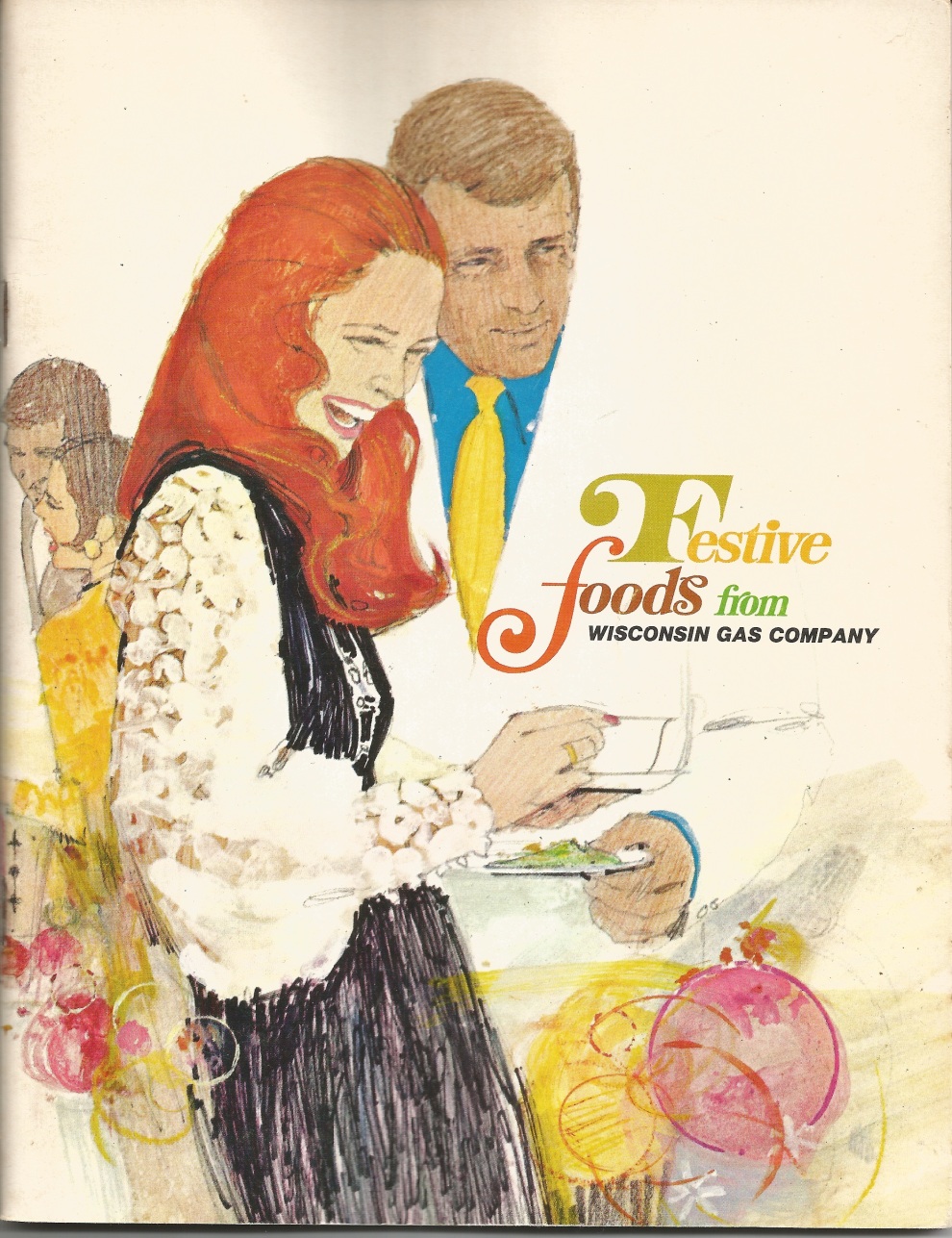 Now foodstuffs like wheat germ nut bread were being touted, along with the more Midwest-typical batter-dipped wieners and the promising shrimp divan supreme, which included frozen asparagus, canned shrimp, canned shrimp soup and processed American cheese. I don’t know about you, but the prospect of that dish fills me with a warm, cozy feeling.

I couldn’t resist, so I went a little outside my collecting focus and picked up some petite cookbooks, each with its own charm. I admire the vintage men’s cookbooks that appeared at the middle of the century, like The Terrace Chef.

In this two by four inch self-published book, Rosen actually tells you in detail how to build a barbecue pit — this is 1952 — itemizing how many bags of portland cement and how many flagstones you will need. He gives equal time to recipes (steaks, clambakes and shaashlick) and to the principles of the good life.

From décolleté to dungarees, from double-damask to picnic plaids, from sterling to raffia wrapped stainless steel to the tune of brass and copper cooking ware. Away from stuffy formalities to refreshing camaraderie.

It’s somehow reassuring that the foodie culture of today had a precedent in this culinary gusto of an earlier age.

And health. Marye Dahnke’s Salad Book, published in 1954 and “tested in Marye Dahnke’s own Kraft kitchens,” is a compilation I might not just put away with my collection but dip into, now that I’m thinking plant-based. 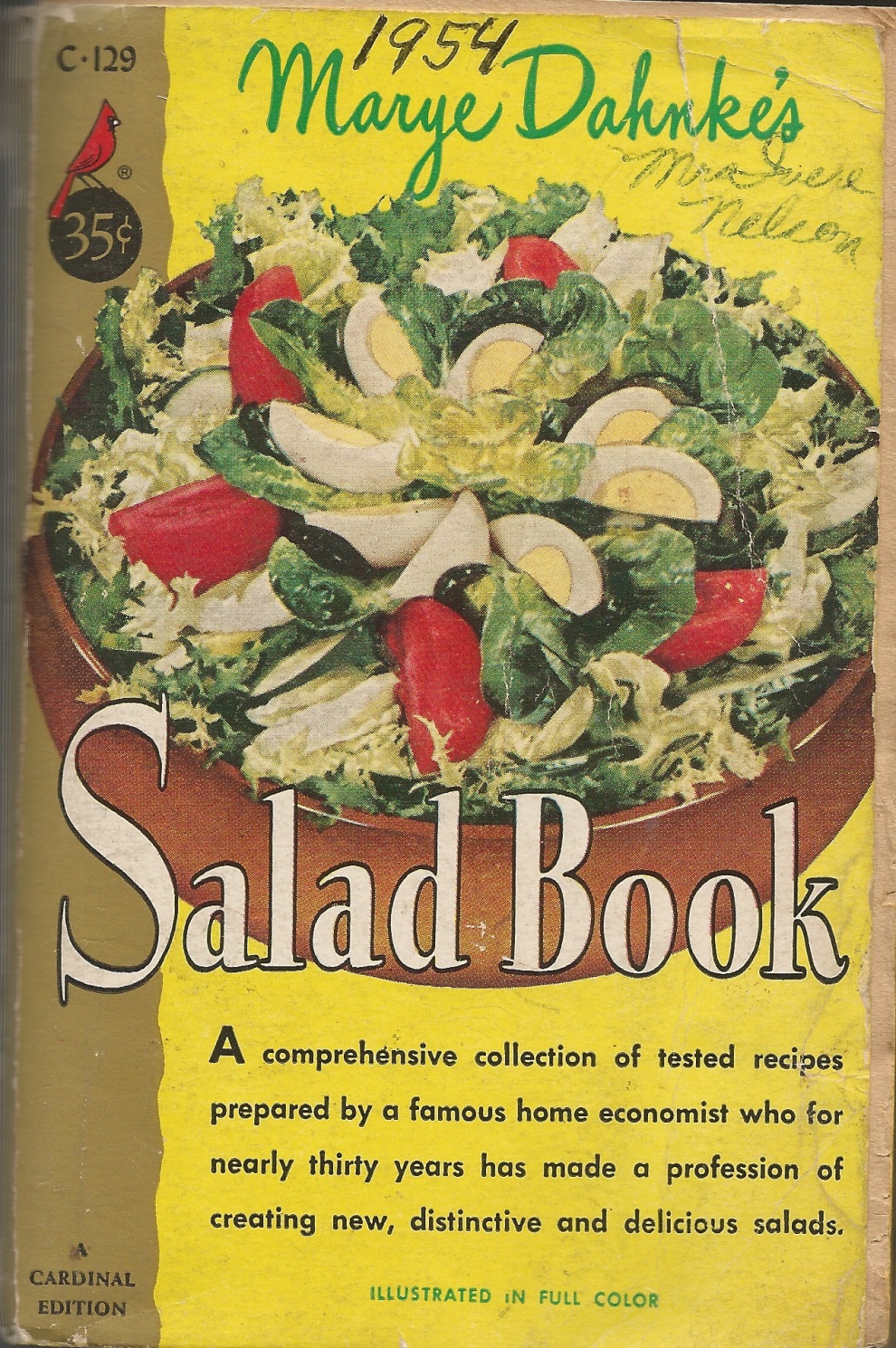 Even if what stirs me most about it is the collection of technicolor illustrations, not the chicken-cauliflower salad or the lime light salad with molded Jello.

Mrs. Ivere Nelson wrote her name in script on the cover of Dahnke’s comprehensive guide to salads. The least I can do, half a century later, is pick up the reins.

After all, ground beef still rules.

One response to “Piquant Spoonfuls of the Past”