I just finished a work of history that I found as interesting for what it was not as for what it was. In Jefferson’s Pillow: The Founding Fathers and the Dilemma of Black Patriotism, Roger Wilkins explores the disconnect between the egalitarianism of the founding fathers and the fact of their slaveholding. It delves into the experiences of black and white Americans during the Revolutionary era.  My book group loved the book. It has a personal cast as well as an academic focus, showing how the author as a black American came to respect and value the contribution of the early patriots despite their hypocrisy, which so harmed his African and American ancestors. “To be human,” he insists, “is to live with moral complexity and existential ambiguity.”

I read the book wanting to be drawn in by the author’s careful parsing of racism then and now, and I felt moved by the telling of it. Yet I found myself wanting more. More details, more original sources. More of the bits where the author painted a picture. More crunch. Wilkins cites the fact of Thomas Jefferson, for example, being carried on a pillow as a child by slaves belonging to his wealthy family – the trope that gives the book its title. It’s a gripping image. Yet I wanted the participants’ names, the type of carriage, the destination of the procession, the fabric of the pillow.

We have a term in my house that gets at the fabric of the pillow. Once, Betsy Lerner, she of the keenest mind and editorial ability (she’s also my literary agent) made a comment in passing. I want more bite-in-the-ass details, she said. That’s what good writing called for.

From that day on, Gil and I knew it when we saw it. “BITADs,” as he abbreviated her counsel. Bite-in-the-ass details.

BITADs are the key to good writing. Or at least the writing I like and aspire to. I want the detail that sings, that is irresistable, unassailable.

Take hummingbirds, for example. Okay. Adriaen van der Donck was a Dutch lawyer who helped settle New Amsterdam in the mid-seventeenth century. For a book, I borrowed his thoughts from his journal on the subject of these beautiful creatures, that they were too “tender,” as he wrote, to make good pets: “We … prepare and preserve them between paper,” he explained, “and dry them in the sun, and send them as presents to our friends.” Russell Shorto, in his insightful work The Island at the Center of the World, relied heavily on Adriaen van der Donck, but left his ass unbitten by the hummingbird.

But the bird’s a BITAD, one that helped me show Europeans’ awed reaction to the New World when I was writing The Women of the House: How a Colonial She-Merchant Built a Mansion, a Fortune, and a Dynasty. (It was such a fine BITAD I repurposed the poor dessicated hummingbird for The Orphanmaster as a gift that a smitten suitor gives Blandine, the novel’s heroine.) Scouring the texts of seventeenth century America I have found a surfeit of BITADs, from wild grapes “as large as the joints of the fingers” to winter weather cold enough to freeze eels in a bucket of water, to six-foot lobsters harvested from the floor of the East River off Manhattan.

The details I sought out in describing early New York in The Women of House went beyond the wonders of nature. Like Wilkins, I discussed slavery, which was more prevalent on Manhattan and its environs than many people are aware of. I found myself fascinated, too, by slave rebellions of the colonial era. There were many and they were gruesome affairs. Wilkins mentions the Stono Rebellion of 1739, but somehow neglects the details that make it so arresting, a car wreck from which you cannot avert your eyes. 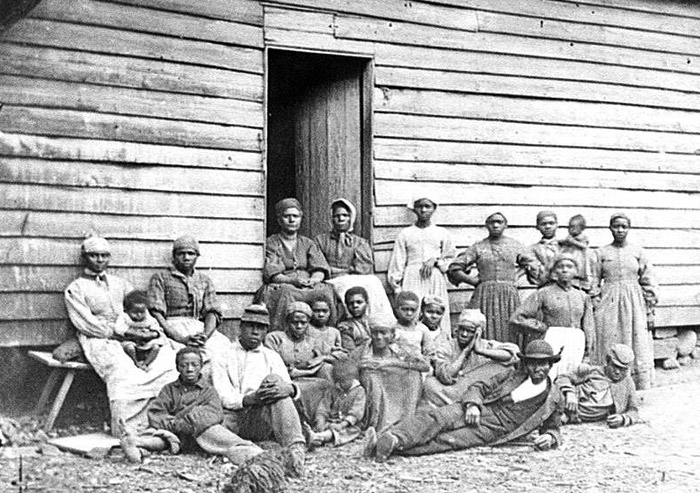 Stono took place in South Carolina, just outside Charleston. King Philip of Spain, who had colonized Florida, offered freedom to any English-owned slave who could flee to St. Augustine. Then he proposed a settlement to be founded by and for escaped slaves. It would be called Fort Moosa. All residents would be armed against their former masters.

What happened next is something that has been pretty much erased from our collective memory. Twenty Stono slaves raided a weapons depot and left the heads of two hostages on display before crossing the river to George en route to the promised land of Fort Moosa. Slaying whites and appropriating weapons at every house they passed, the crew gained ecstatic adherents along the way. Slaves joined in with shouts of “Liberty!” as the freedom fighters moved south. Then, in an open field where slaves were celebrating their new freedom with rum and dancing, government troops descended. After the killing stopped, dozens of pikes topped with rebel heads lined the main road at one-mile intervals. (That’s a BITAD.) 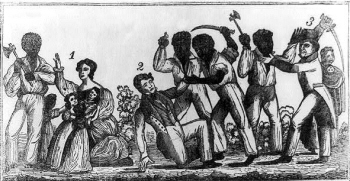 Stono was only one of dozens of slave rebellions during the colonial period. Some conspiracies took place in New York, where it was said that slaves poisoned the water supply or set conflagrations. The so-called Great Negro plot of 1741 involved both black and white insurgents, who congregated in a tavern nicknamed Oswego after an English trading post on the shore of Lake Ontario where the riches of Europe were bartered for those of the northern frontier. (BITAD!)

Now you get it. As a young writer I assisted a woman who was brilliant but not a professional writer, helping her get her ideas down in a book. Her idea of guiding my work was a simple phrase that frustrated me no end: “Make it compelling,” was all she would say.

There are many strategies writers use to make their work compelling. The BITAD stands at the forefront. But is slavery too somber a subject to be enlivened by writerly strategies? I think not. Every subject benefits when you find the strange and particular attributes that distinguish it.

Not just big-picture history, either. Consider how you might tell a story of your own experience. Say I want to convey my time in middle school. I’d start with the strains of Windy, by the Association, sung in chorus, kids standing on rickety wooden bleachers… Who’s peekin’ out from under a stairway, calling a name that’s lighter than air…

I’d tell about the chorus teacher, a woman with flame-orange hair in a flip. I’d tell about her bust, twin torpedos encased in a tight wool sweater. But the BITAD, I think, would be the gold watch she wore on a pendant, which dangled over the shelf of her bosom, to our endless middle-school hilarity. The detail that sings, so to speak. Above the clouds (above the clouds) Above the clouds!

4 responses to “The Bite-In-the-Ass Detail”