This afternoon I had what felt like a covert assignation alongside a sheepfold in Putnam County, meeting a woman named Fern to conduct business out of the trunk of her Ford sedan. The purpose: wool. Yarn, to be specific, yarn that she had hand spun from the wool of heirloom sheep into soft and sturdy all-natural skeins. Fern is an expert modern shepherdess, if you could call her that, with a family business called Snook Farm that raises Jacob and Cotswold sheep, both antique varieties that happen also to be endangered species. I found the wool ravishing, gleaming in its homespun hominess, slubs and all. I chose these skeins that looked as though the prettiest girl in town could have knitted a wrap with them in about the 12th century. 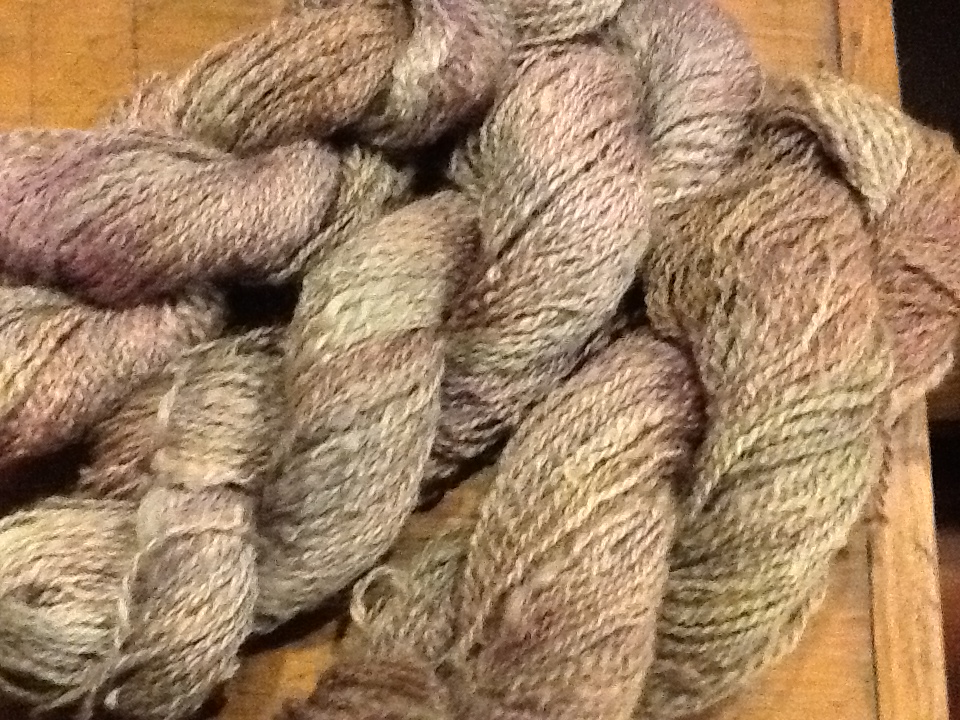 Fern spun the stuff of Cotswold wool, then dyed it using onion skins and almonds, dipping it again and again into the colored liquid to give it its variegated appearance. About the Cotswold, its coat has a subtle golden tint. Apparently Florentine merchants made pilgrimages to England in the 13th century to bring back the shiny, linen-like wool. And even before that it was woven with delicate wires of gold to make  garments for ancient priests and kings (really, see Exodus 39:1-3).