I woke up slightly unwell. A swollen throat. Slight throbbing in head. A not negligible weariness weighing me down, so I didn’t feel up to doing too much. I read (something good: Gods Without Men, by Hari Kunzru), changed my sheets, dozed.

Yet I don’t think I was sick.

Yesterday I shipped off the second draft of Savage Girl to my first and best reader after a lot of thought and intense reworking. It’s weird to come out of that world, the Manhattan of the 1870s, with both horrific murders and fancy dress debuts coexisting in my characters’ lives. At one point they emerge from the cool interior of the then new, now demolished Grand Central Station to the blazing heat of the New York sidewalks in July. That’s kind of how I felt today, stunned by having completed the manuscript and sent it in. 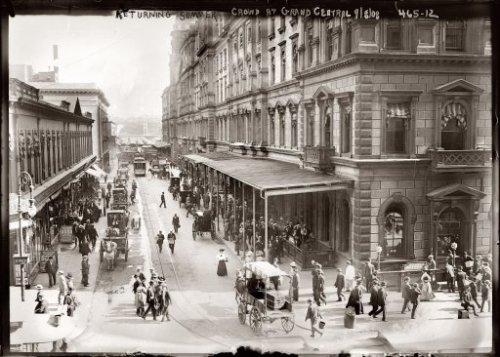