We live in a wooded area in the Hudson Valley where suburban tracts alternate with stone and clapboard homes tucked into areas of forest. In the middle of October, it dawned on residents along my street and others nearby that Con Edison had arrived and was systematically cutting down swaths of healthy trees along the sides of the road. Not small trees but 50 and 75 year oaks and maples were leveled – “a haircut” in the woods, as Gil said. More like a crew cut. 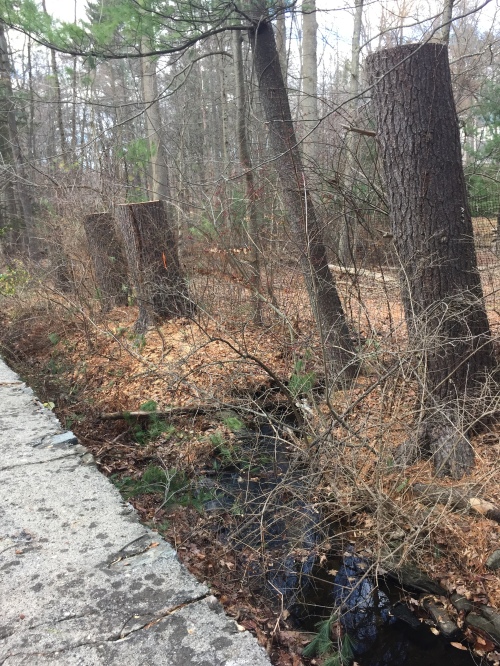 The community got angry, naturally, and meetings took place with Con Ed and with town administrators, who first professed ignorance and then appeared to have give the permission to slice the town right-of-way property. It was too late. The roads are now lined with lopped off trunks and piles of sawdust.

One girl told her mother,”Mom, it’s not the road I grew up on.”

Why did it happen? According to Con Ed, measures were taken to ensure that there was less risk of power outages in the event of a disaster like Superstorm Sandy. They called it “storm hardening.” And it’s true that transformers blow in this area when bad weather hits. We have lived candlelit lives for days. After my neighbors threw a collective fit, Con Ed left messages in mailboxes stating they would soon begin pruning trees rather than felling them and that their “professional foresters follow the International Society of Arboriculture guidelines.”  Not the ISA guidelines I’ve ever heard of. A friend and fellow arborist had a theory: peculation, in other words, grease. Someone gets paid a lot to take down trees. 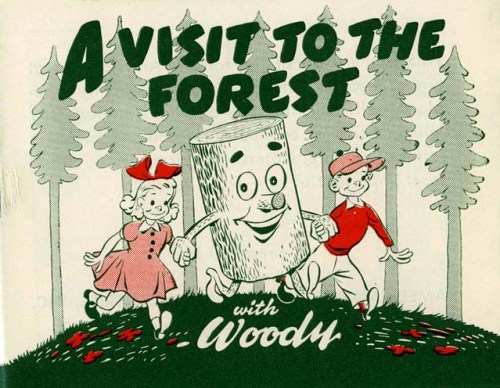 Woody may look happy, but he is still a stump. When trees come down they don’t come back.