Went to a Christmas tree farm the day after Thanksgiving. I never thought I’d be a person to get a tree before finishing the leftovers but here I was. Battenfeld’s, in the Hudson Valley, had as many cars as it did trees. The weather was like spring. 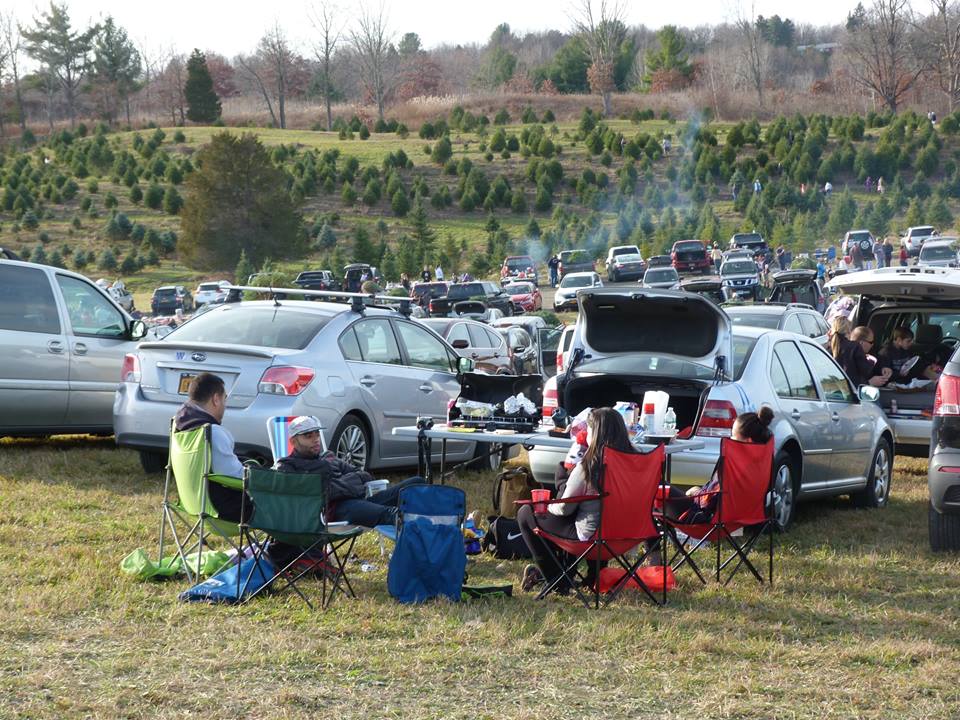 And dozens of tailgaters made me jealous. I wished we’d brought some chairs and a cooler.

The ranks of trees were mapped in an app you could download: Balsam, White Pine, Douglas Fir, etc., conveniently organized. There was no paper map. Among the beefy, eight-foot specimens you could find the stumps and relics of past years, someone’s Christmas come and gone.

We comparison shopped, topping our fat Concolor with a glove to mark our spot.

Concolor is another name for the White Fir. The most ancient of these eastern trees can get to 350 years old. I heard one of the workers explain that his mother always wanted one because they have the scent of oranges.

A friend was intent on bringing home a blue spruce.

They have that beautiful hue, but their needles make you understand why they are called needles, they are that spiny.

Someone had to cut down our tree. That would be Gil. Ours was, he said, the Plato’s Cave of trees. 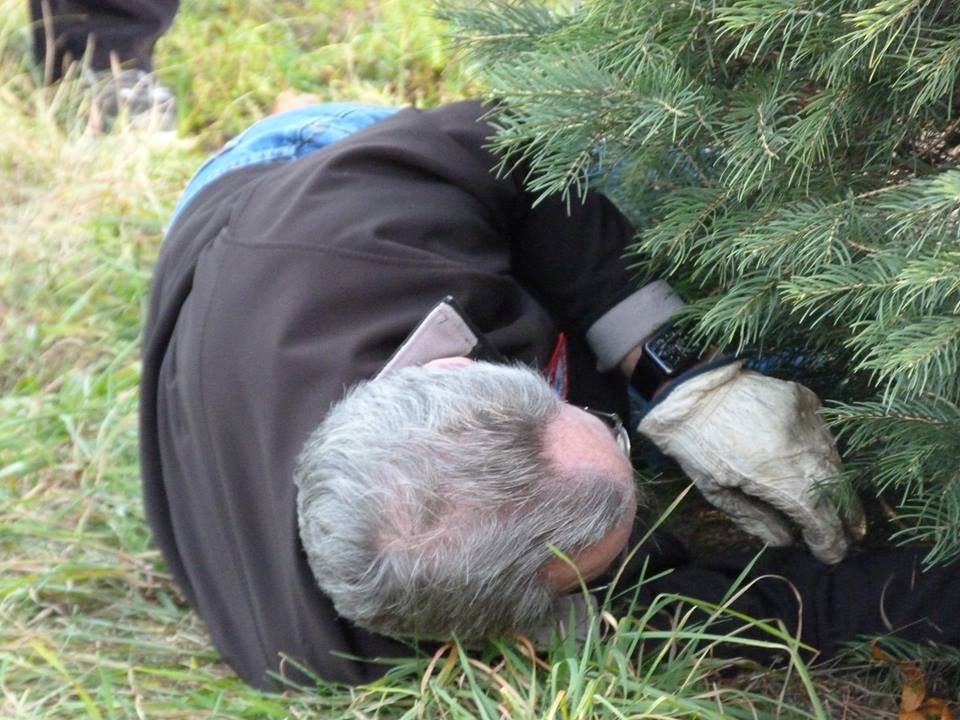 Peter took plenty of pictures, documenting our U-Pick adventure. Then the day was over, except for dragging the tree away. I learned how wonderful it can be to wander among the conifers, as unnaturally as they are grouped and bred and groomed at a farm. Nothing is left to accident. In the world we live in, it is reassuring to spend time in a place that is accident free. 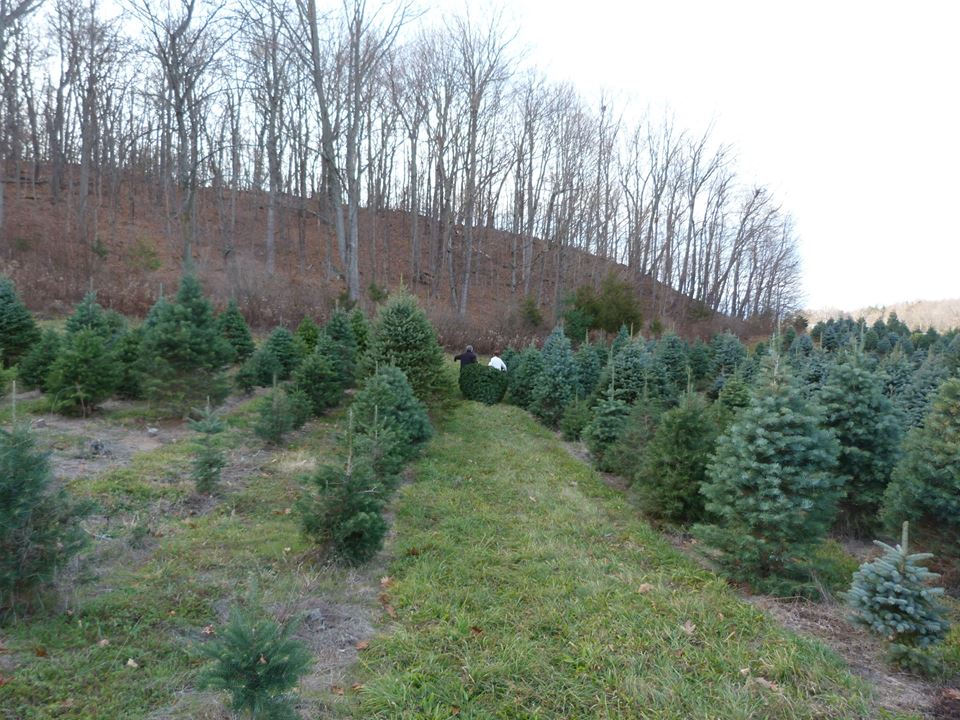 One response to “O Christmas Tree”