Natasha and Pierre on Broadway

Well, yes, only in New York, sure. An electro-pop opera in a night club. In a tent. On a parking lot. In Times Square.

On line outside Kazino supper club, on a Wednesday night, we wait in the cold.

There are many sweet and stylish young couples.

Natasha, Pierre and the Great Comet of 1812  takes place two centuries before us. A young theatrical wizard named Dave Malloy concocted the musical production. Will there be relevance in the enterprise?

A handsome man in a Tolstoy tee shirt waits for admission.

The company’s names appear on sheet metal inside the entryway. You know you’re not in Kansas anymore.

Inside, cocktail tables. Grey Goose available at $240 the bottle. Hot pierogies materialize, and short glasses of pink borscht that look like votive candles.

A big babe of a man called Royce strides around acting the hostess. Cossack hat, fur slouched over the shoulders, in a leopard skirt. Welcoming everyone.

There are voluptuous wine-colored curtains all around, hung with “vintage” paintings, including one of Napolean.

The actors prance onto the floor, belting it out. Suddenly, the show has begun.

There’s a leading lady straight out of Julliard, who really knows how to warble. 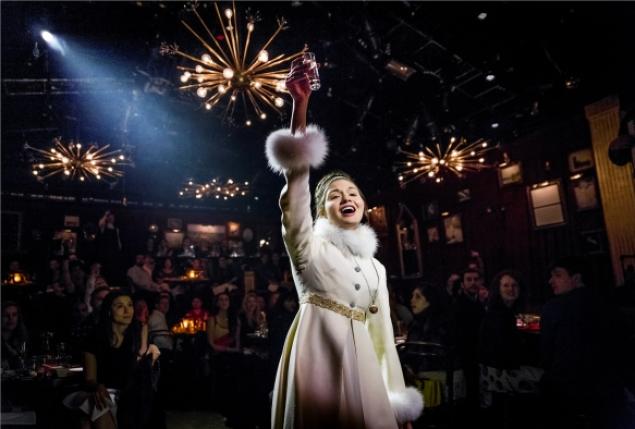 Tolstoy would say the actresses are “nude” because they have bare shoulders. They range the room along with the dashing young actors; the scene changes from the opera to a drawing room to a gypsy lair. Lovers Natasha and Andre are parted when he goes off to war, Natasha is seduced by Anatole, then finally forgiven by Pierre. A simple plot delivered with much gnashing of teeth, tears and sexy dancing. The audience is given egg-shaped shakers to accompany the musicians.

The finale has Pierre singing a haunting tune to the Great Comet of 1812, represented by one of the night club’s old-fashioned chandeliers. It’s  goose-bump-making, breathtaking. 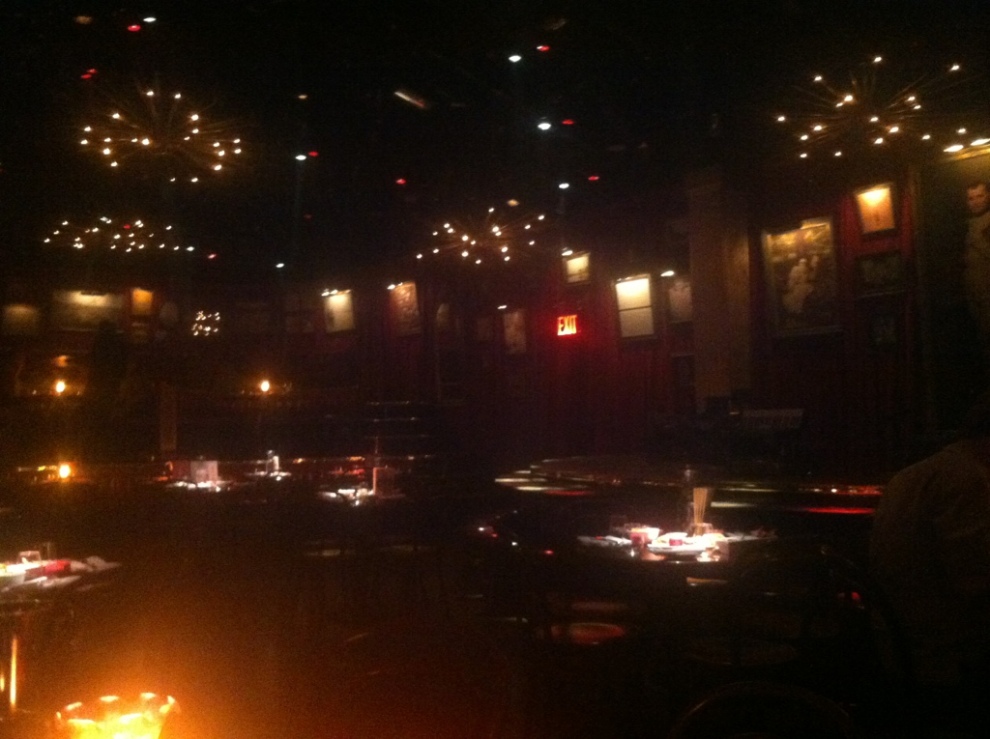 Did I mention the play’s based on War and Peace?

Only in New York. And Moscow.

3 responses to “Natasha and Pierre on Broadway”