My world-rambling brother Peter has sent a bulletin from the northern Maine forest, where he is catching his breath in the middle of a book project and, as always, exploring the local history. Peter published Podunk: Ramblin’ to America’s Small Places in a Delapidated Delta 88, which remains the definitive portrait of locales far off the beaten track, and a perfect reflection of his restless, questing mind.

What you can’t get enough of in Podunk are Pete’s vivid photographs, and his pictures of Moosehead Lake in Maine are definitely worth sharing. He’s been spending time around Mount Kineo. 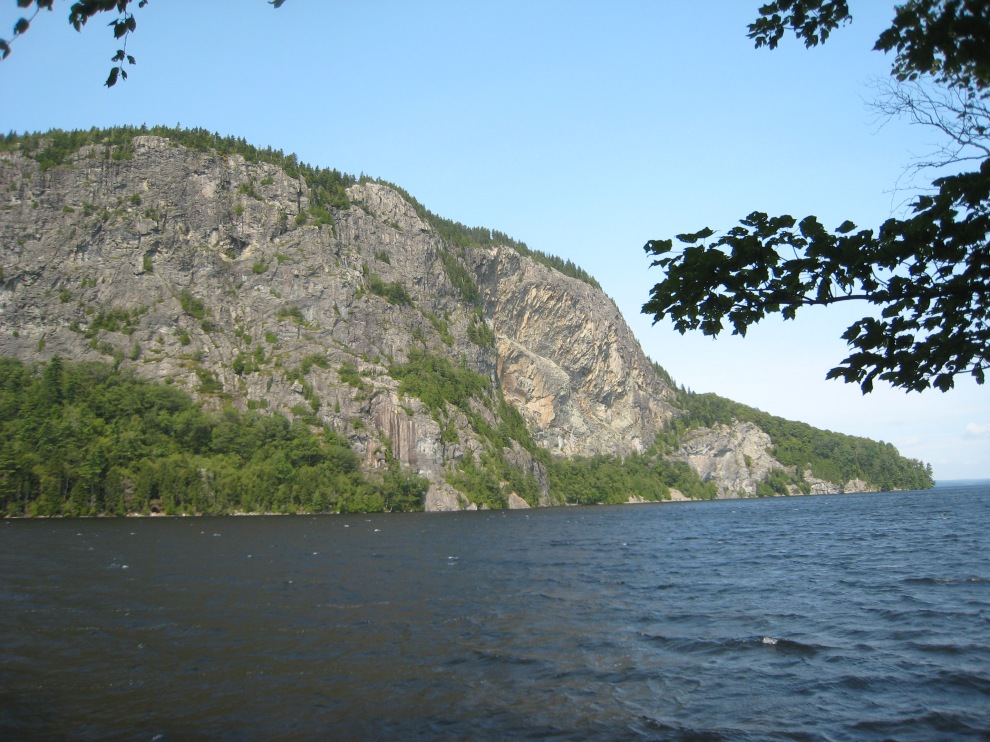 He says that the source of Misery Gore’s name might be its preponderance of black flies, or it being “a miserable place to survey, log, hunt, and birdwatch,” or that it’s overgrown with briars and brambles, or that “a French-Canadian logger from Miseree once passed through this neck of the woods.” The parcel is wedge-shaped, crisscrossed with nothing but dirt roads.

It is, however, Penobscot country – the tribe has a reservation near Bangor known as Old Town — and on this trip Peter reacquainted himself with some of his Podunk contacts, three generations worth, including 50-year-old Andrew Tomer, his 12- year-old nephew and his father, Penobscot elder Francis.

Penobscot, Peter told me, means “where the stream runs by the mossy rock that is white when dry.”

Mount Kineo’s 800-foot cliffs of rhyolite were carved by the Indians into arrowheads. “Thoreau cut himself on this flint-like rock,” Peter writes, “which he called ‘hornstone.’”

“Some Native Americans believed that the cliffs under water were bottomless” Peter told me. He took a ferry to the Tomers’ dock. “After a dinner of well-grilled steak, corn on the cob, green beans from the garden and small spanish olives with pimentos, Francis took out a cigar box with all the arrowheads, marbles, stone tools, etc., and told me about them,” said Peter. Andrew, he reported, was very quiet. “He wanted to remember the stories for future generations.”

“Basket weaving by the Penobscot can be quite intricate,” says Pete. 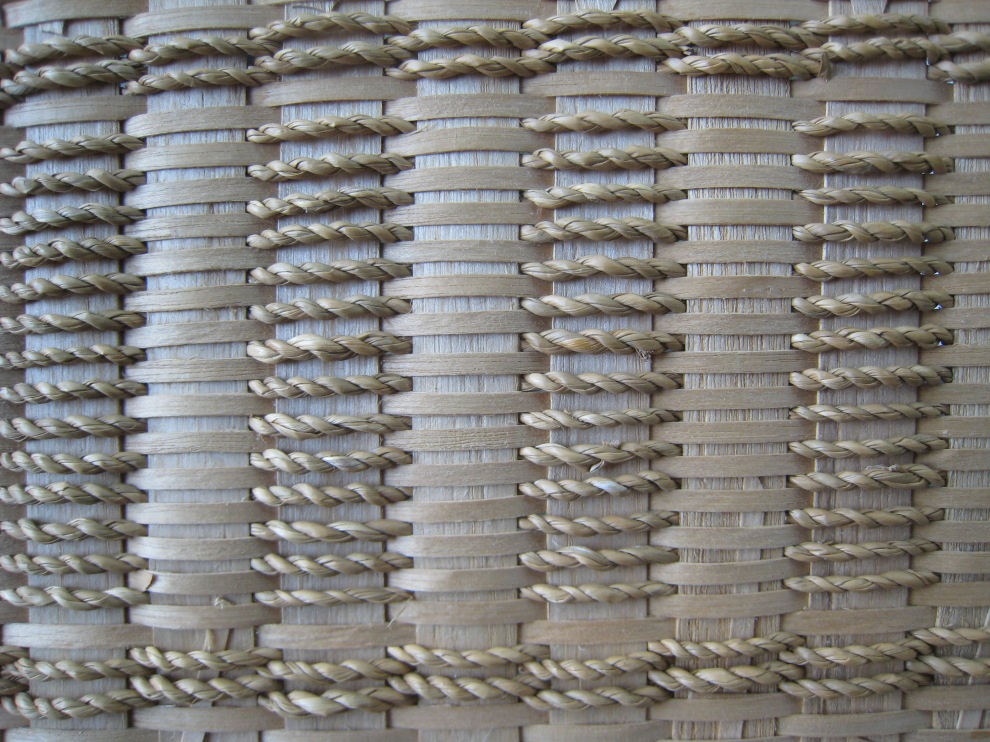 “First, pieces of ash are soaked in water. Then each one must be individually sanded down.”

These baskets were made by a woman who lives in Rockwood, Maine, on the shore of Moosehead Lake. There Peter saw mushrooms. Fresh, with a garnish of smooth stones. 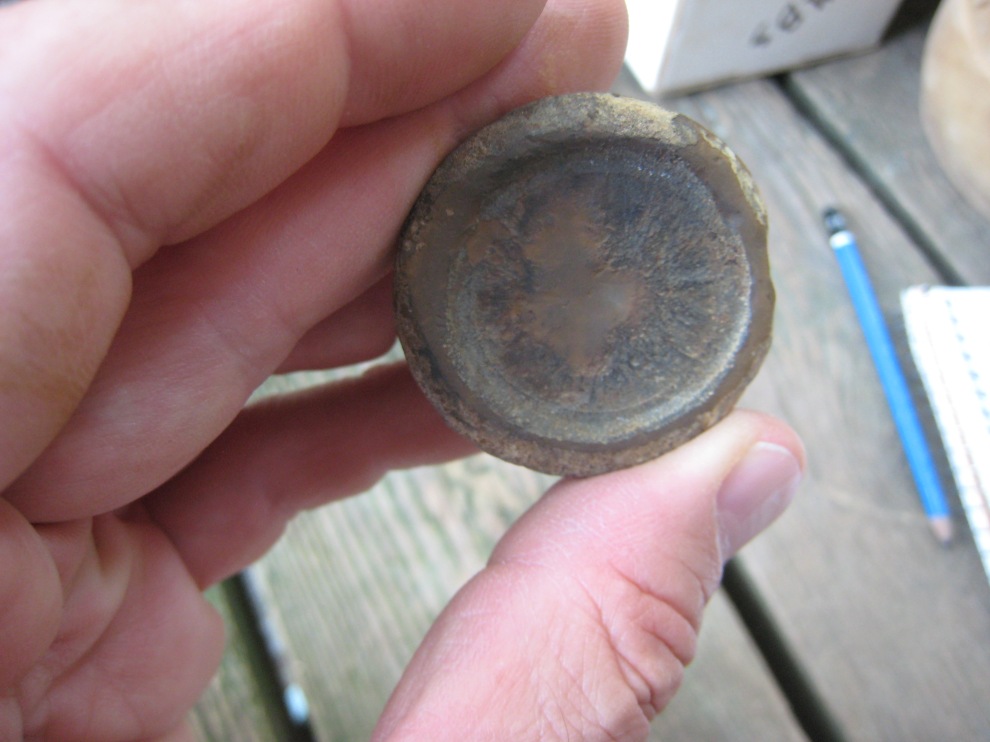 A sculpture of some kind.

A piece of the rhyolite from which arrowheads are carved. 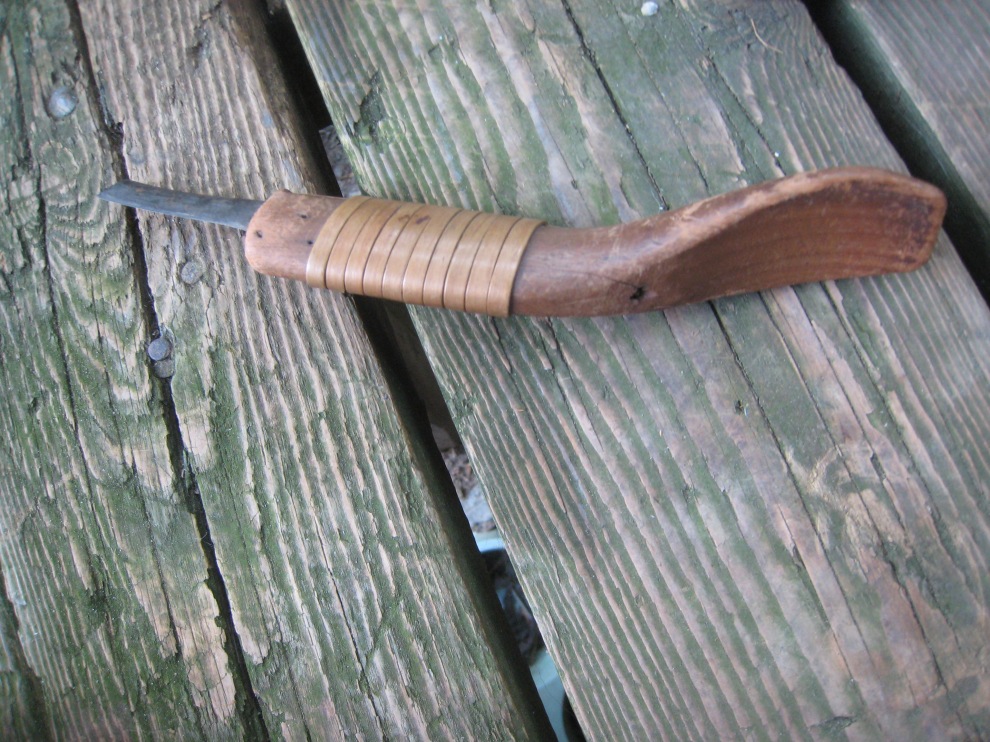 An initialed pipe left by an early settler. 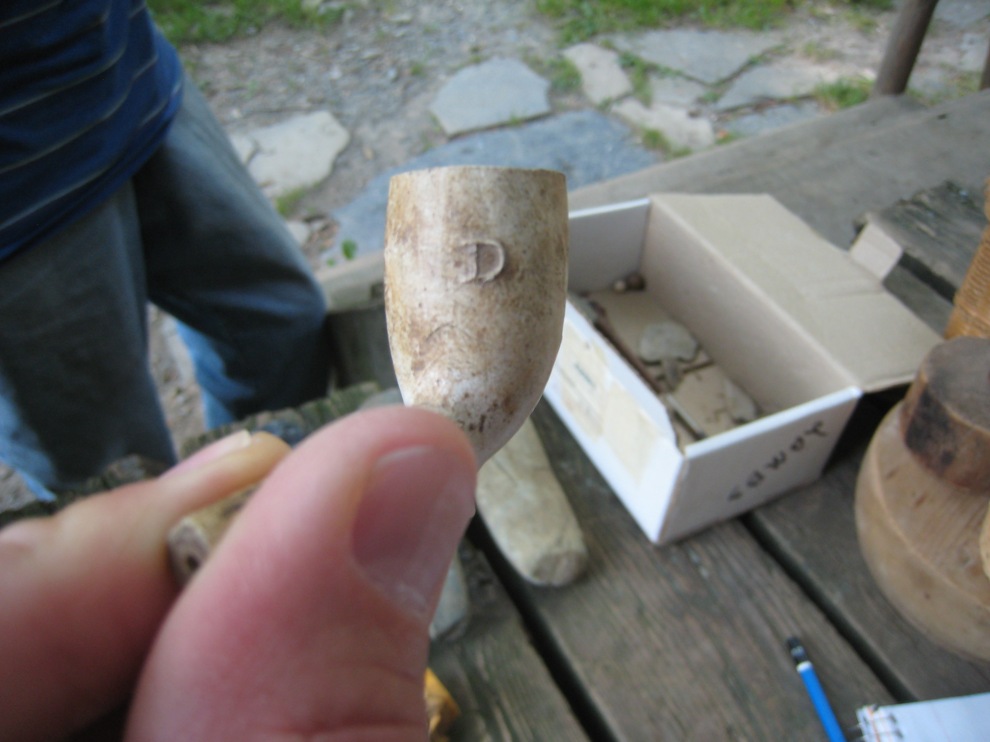 A deerskin pouch adorned with a baby snapping turtle shell that Peter plans to bring with him when he leaves. 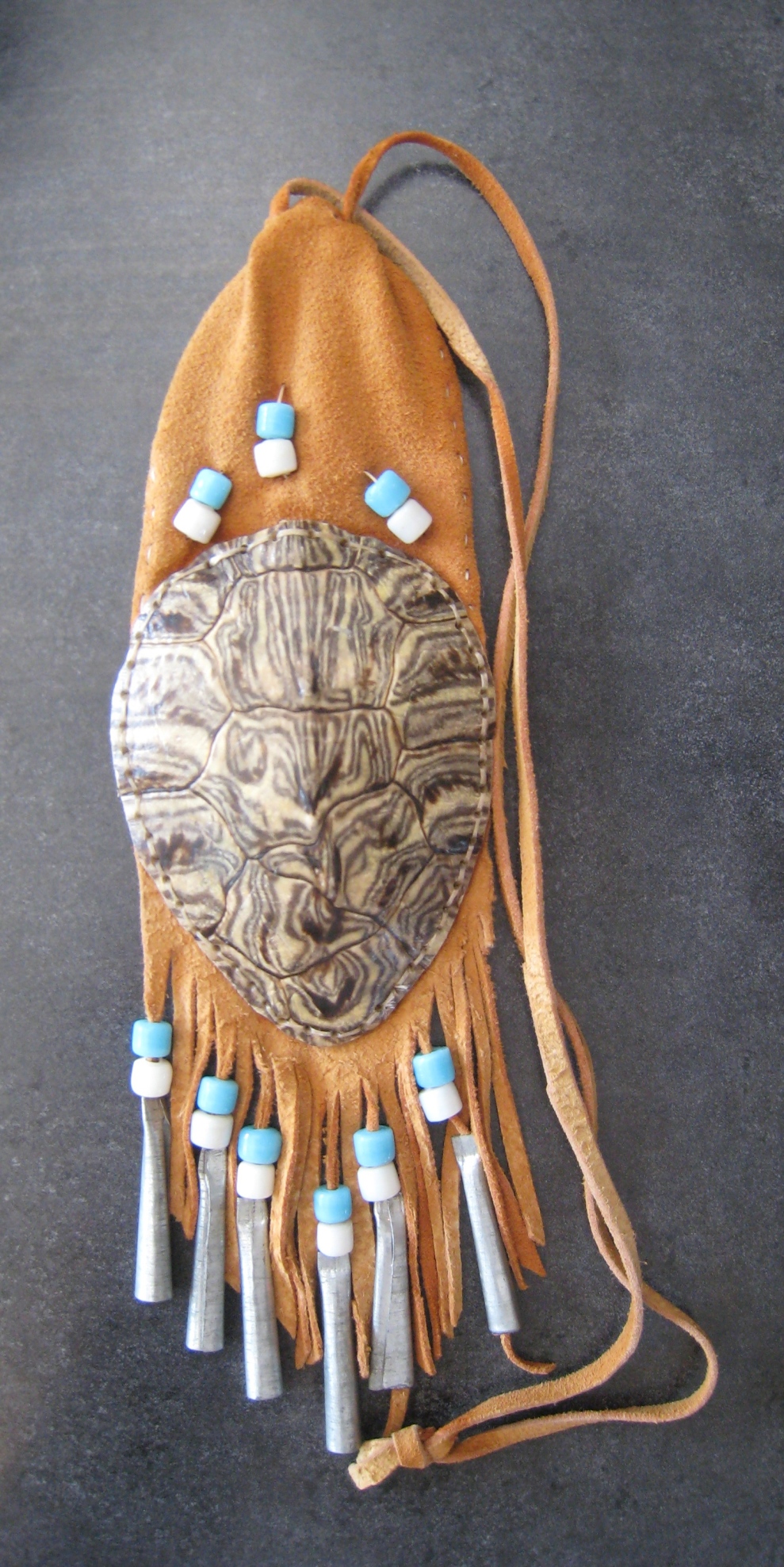 A celebration of all that is old and new and precious in these cool, mysterious Maine Woods.