A Crash, Then Silence

Last fall I created a trail.

It started at the curve of the Cabin’s driveway and led uphill to a ridge, winding and turning past trees along the way.

A beautiful mat of bark I’d step across on my way up suggested the drama of a tree’s life cycle. It was as if the bare, dead red pine had shaken the pieces off all at once in a kind of frenzy. 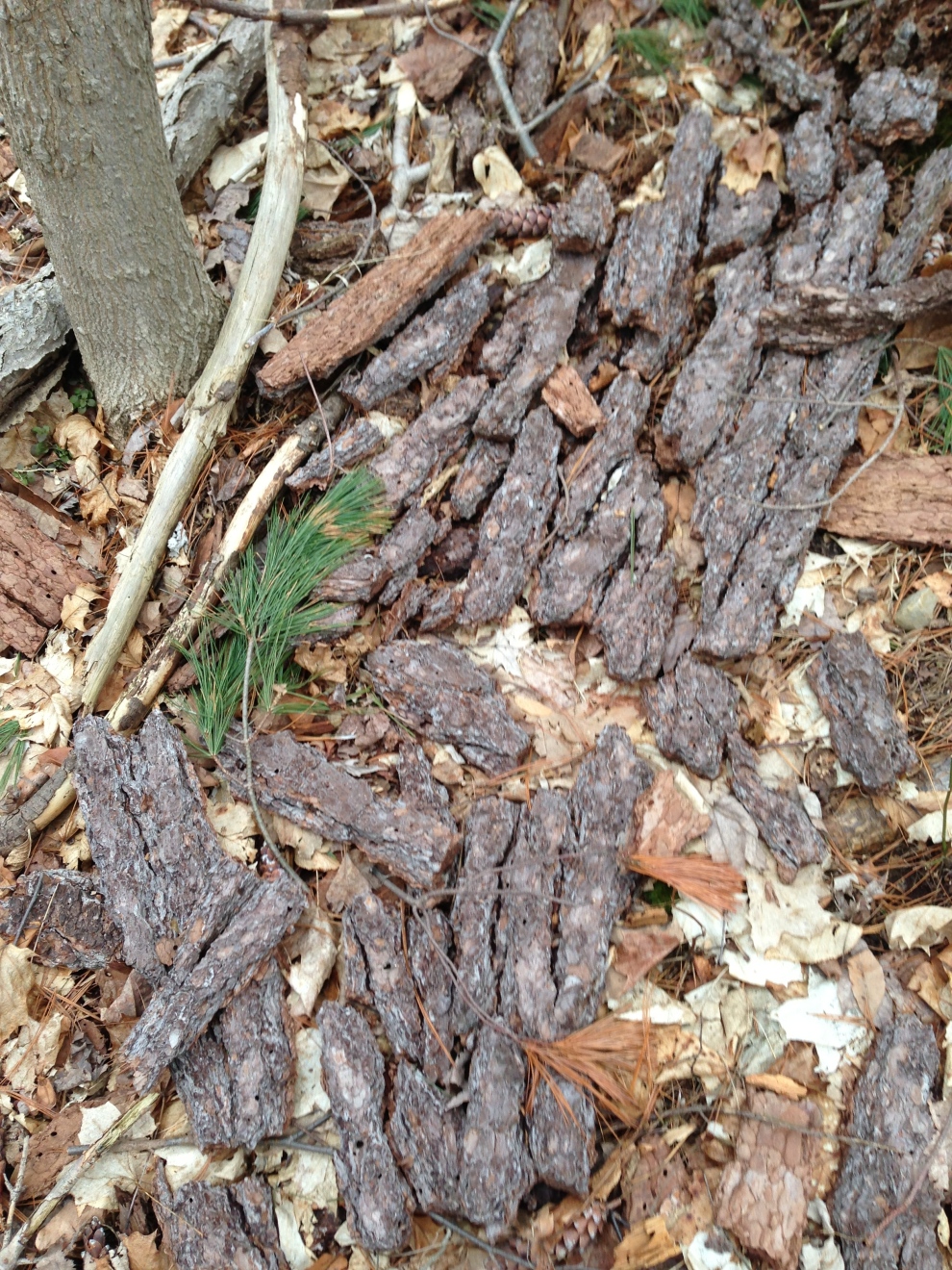 When I brought Oliver for walks in the clearing beyond the ridge, it always stuck me as a threshold to a fairytale world, parklike, denuded of underbrush, just a beautiful blanket of brown leaves amid tall old trees, with some tenacious raspberry canes. Oliver gives chase to deer here, animals invisible to our eyes. 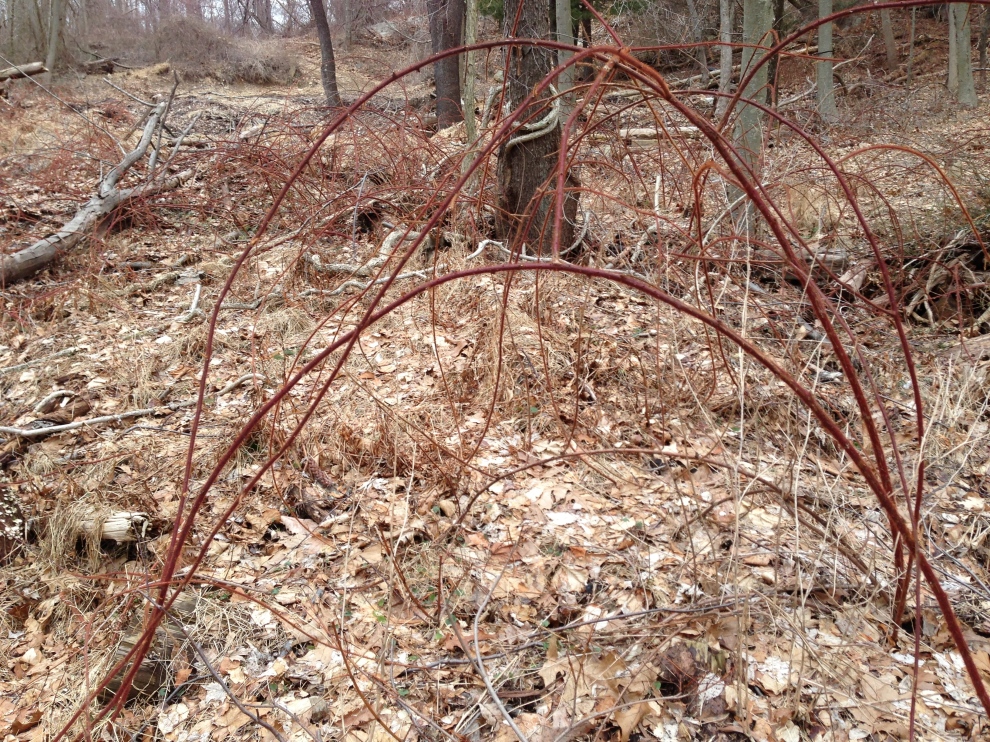 Today my access to that fairytale world was denied.

Gil told me that while I was out this morning and he was sitting at his desk, he heard a crash “that went on for five minutes.” It was sequential, he said, an explosion, then a crack, then another explosion.

A tree fell in the forest, and he heard it.

When we went up to investigate – amid swarms of excited mosquitos – we found half a dozen downed trees, all in a tangle.

And all across my path.

Gil’s theory: “the cherry fell on top of the maple. Now the maple’s all bent over, strung like a bow.” I could see the fresh split in its bark.

Oliver was exuberant, racing around, using the fallen limbs as a steeplechase. “The poetical character…lives in gusto,” said Keats. The dog just wouldn’t stand still.

And then, coming home, at the bottom of the hill I find a phenomenon that is the opposite of loud and crashing. A painted turtle had come to lay her eggs, stretching out her strong hind legs and silently clawing up the mud beneath our grass. We saw her as we left for the trail.

All she left was a hole the size of a silver dollar. No white, jellybean eggs. 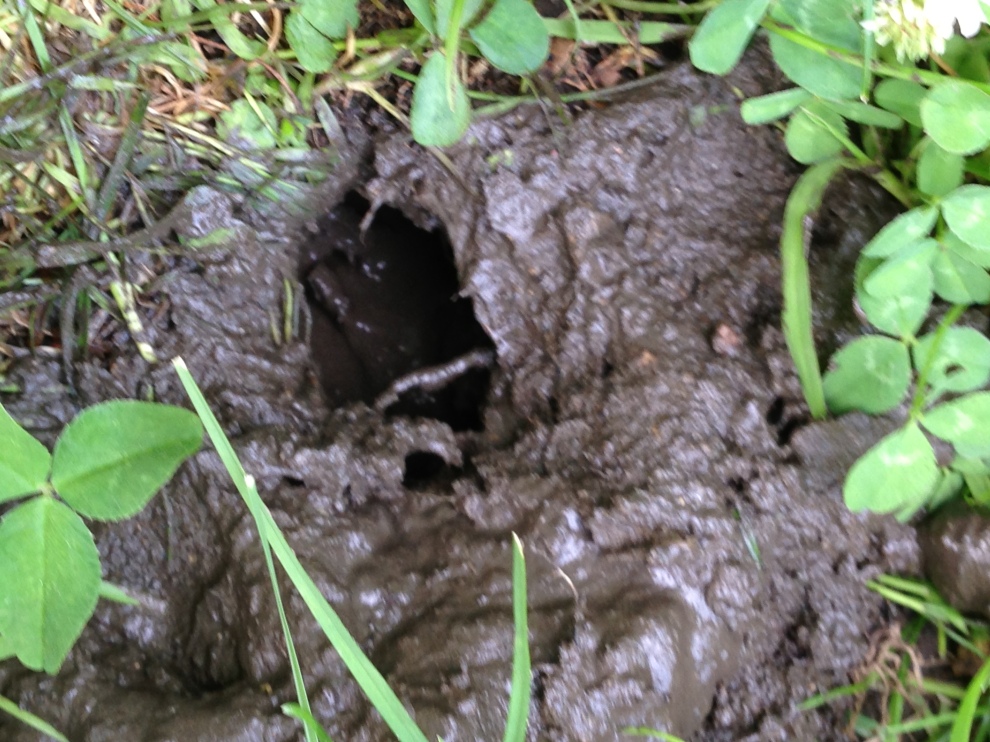 I wonder if she heard the trees?

5 responses to “A Crash, Then Silence”