All This and a Hand-Crafted Marshmallow Recipe

The day after. All that’s left of the pig roast are the party tulips and the dogwood stars.

And a drawing by doting 6-year-old Jasper for winsome three-year-old Simone.

Oliver was locked away until the waning hours, when he was let out in all his growly glory, with a  muzzle and a leash, and petted by the braver partygoers. Says something about the loving spirit of this particular gathering.

The love reached its apotheosis in the marshmallows.

I was almost too busy replenishing food on the buffet to have a conversation, let alone to document anything, and the hours of the pig roast sailed by in something of a haze. Josefa gave me this photo of my salmon, thickly coated with rich horseradish mayonnaise and scales of radish and cucumber. The fish, not the photo.

The signs we put up around the property are taken down.

The Spa, of course, which Gil had dug out of the swamp. As far as I know, unutilized for a mud bath. ‘Round the Horn, where you could hike around a promontory, past the pachysandra groves, and wind up back at the Cabin.

Human gatherings are so ephemeral. Did you talk to so-and-so? No? I had an intimate conversation with him I didn’t intend upon. Little epiphanies, most of them forgotten by the next morning.

The music  boomed, especially near the speaker, which hovered in a window above the food. George Jones’ essential question: Who’s gonna chop my baby’s kindling when I’m gone? Who indeed?

The rum was drained.

You would think that after the huge smoked brisket, the salmon and the cripy pig, the fava beans and asparagus with Pecorino, and the spicy blue cheese slaw, people’s stomachs would be full to bursting.

Gil, down in the Pit, pulled the pig off the fire at just the right golden moment. 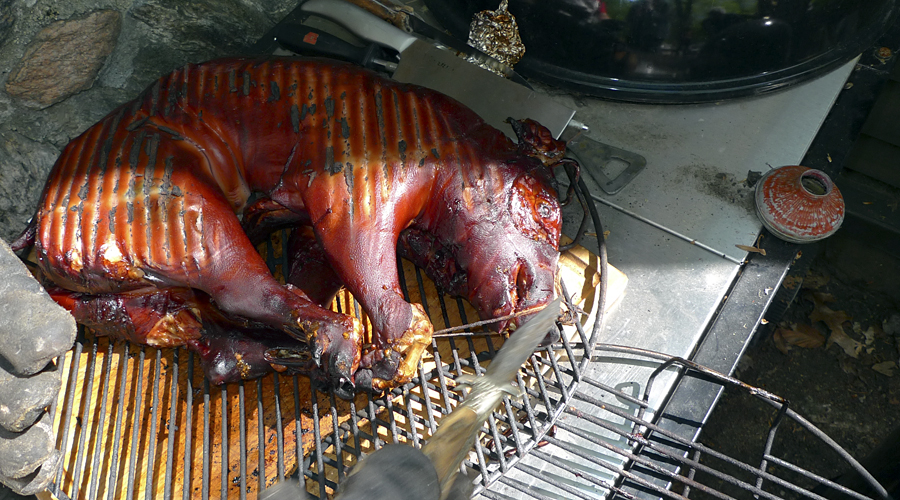 And the biscuits. I took a gamble on whole wheat biscuits this time. I think they disappeared even before the rest of the platters were set down. A sparkling day builds an appetite. And shoe golf.

That’s Josefa’s picture. Somehow she caught the shoe flying through the air on its way to the hole, a plastic bin set some 10 yards away. Far enough to make people look ridiculous taking a shot at it. Even college students lowered themselves to try. 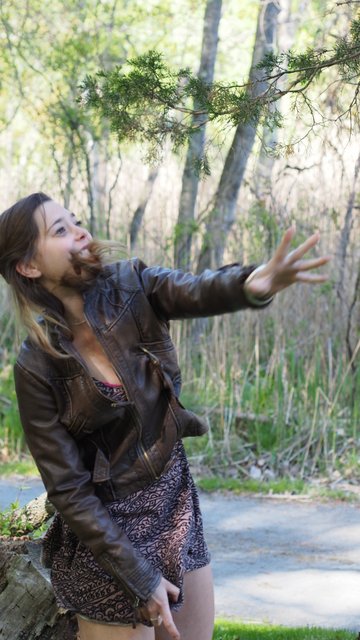 We had cut young green branches up in the woods yesterday morning, and now all the adults were acting like kids, standing over the fire and toasting Gil’s home-made marshmallows with glee. 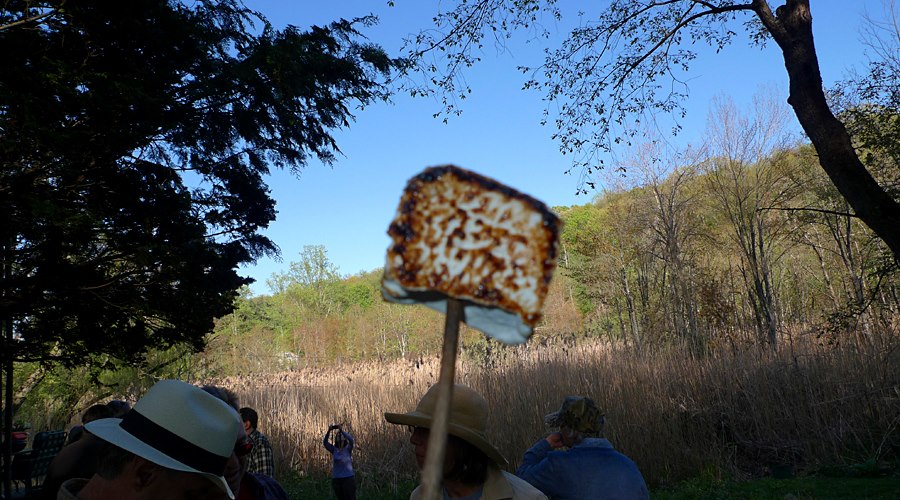 Everyone had drips of white around their mouths. 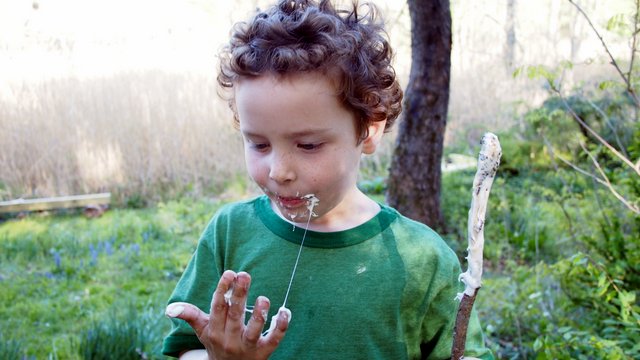 Grown men made s’mores. (Gil concocted his version of home-made graham crackers, too.) We layered in slivers of salted caramels. 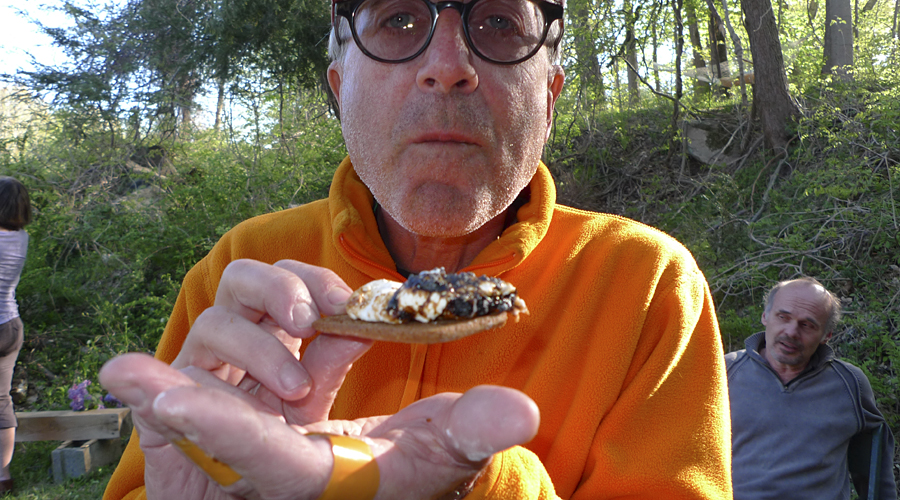 Our friend Stu left us with a mix-cd that has party tunes, including Ray Wylie Hubbard with the lyrics: Only two things that money can’t buy, that’s true love and home-grown tomatos. I would add a  third, hand-crafted marshmallows.

6 packages gelatin (the unflavored kind, GoBio has an organic product)

In the bowl of an electric mixer with a whisk attachment combine the gelatin with half the ice water.

Combine in a saucepan: the rest of the ice water, the sugar and the salt. Using a candy thermometer, cook until mixture reaches 240 degrees (soft-ball stage). Remove from heat, pour into bowl with gelatin and whisk on slow speed to combine. Increase speed to high and whisk for fifteen minutes. Add vanilla and optional flavorings at end and whisk for a minute to combine.

Makes about sixty marshmallows. Enough for a roiling pig roast.

2 responses to “All This and a Hand-Crafted Marshmallow Recipe”