Mapping Amusement and Despair on Manhattan

I like handmade maps. Of course. (I do like machine-made products too. Like toothbrushes. My current one resembles part of a kit stowed aboard a cold-war Russian submarine, wielded by a rough hand.)

But do I fancy maps drawn with a human touch. Especially maps of New York.

Now comes a new book whose author, a young cartographer named Becky Cooper, distributed nearly 3,000 outlines of Manhattan Island to New Yorkers and asked them to fill in the geographic details. The results, compiled in Mapping Manhattan: A Love (and Sometimes Hate) Story in Manhattan by 75 New Yorkers,“reveal more about their makers than the places they describe.” So says the author. The book will be published in April by Abrams Image.

When you ask New Yorkers on the street for directions they never mislead you. These maps, likewise, reveal all.

One map chronicles a man’s four-decade love affair with his wife, including her death. Another shows where the person got a crush, got drunk, got chased. One shows the coffeehouses of the city in linear detail.

A woman in a different era, who signed her map simply Mrs Buchnerd, also showed a “Coffy House,” near Dock Street. She detailed the amusements of Manhattan in 1735. The paper she used to draw her map – in a spidery hand, its ink now faded to brown – reveals traces of folds that suggest it was designed to fit a pocket. It appears to have been a key to the city a lady might have given a visiting friend to navigate its many amusements. It is the first known plan of the city to be executed by a woman.

Close examination reveals “resorts” where genteel residents could take the air – a famous pleasure garden named “Vauxhall,” for example, on Greenwich Street between Warren and Chambers, the future site of Soho – a good place to dine and dance and stroll through sylvan landscapes. There was a similar hot spot called “Spring Garden,” and one she labelled simply “the winyerd.” She rendered the pools where romantic idylls might take place, Buttermilk Pond and Sweetmilk Pond, as well as the major source of clean drinking water, the Collect, later submerged under Canal Street.

As mesmerized by the lives of the rich and famous as a gossipy tour guide would be today, she noted the country estates of the elite, Stuyvesant, De Lancey and others. She designated a theater at the base of Broadway, just above Beaver Street. And she drew the four major markets where an out-of town-friend might want to shop: the Fly Market, the Meal Market, Coenties and Old Slip.

I especially like Mrs. Buchnerd’s notations on the east and west shores of the island that read “Fishing Place.” You get the sense from her plan of a town in love with itself, with its attractions and its amusements, no different than today’s Manhattan. Except then a central social scene might be a turtle feast at a “house” along the East River. Reverand Andrew Burnaby from England kept a diary of his travels through North America. 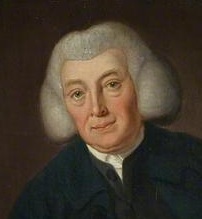 He chortled over these flirtation marathons, where “thirty to forty gentlemen and ladies meet to dine together, drink tea in the afternoon, fish, and amuse themselves till evening, then return home in Italian chaises – a gentleman and lady in each chaise.” Shocking! En route, couples passed atop a Kissing Bridge, which arced over a millstream just about where the chamfered crown of the Citicorp Tower later would stand in midtown Manhattan. Who knew what might happen.

The Buchnerd map is elegantly elucidated in Manhattan in Maps: 1527-1995, by Robert T. Augustyn and Paul E. Cohen.

I. N. Phelps Stokes, the obsessive map collector I profiled in Love Fiercely: A Gilded Age Romance, originally published the Buchnerd creation in his Iconography of Manhattan Island.

Stokes concerned himself especially with renderings that showed Manhattan’s “insularity,” a cherished concept for him, in other words depictions showing that the island was in fact an island. The first of these was a 1614 production  by Adrian Block, a trader and navigator who had the interesting status of being the first European to take up lodgings in Manhattan, when his ship burned to its hull and he had to rebuild it, with the help of local Algonquins, spending the cold season on the great Bay of New York. The remains of that ship, the Tyger, were uncovered in 1916 during the construction of the New York City subway system.

More intimate, and more resonant for me, with a sweet hand-drawn feel, is the 1639 creation known as the Manatus Map, inked in Holland, which highlights the red-roofed farmhouses of the island and flags the names of their owners, along with delineating windmills and hayricks. The background forms a green field against a coastline of soft blue, the whole comprising a somehow idyllic picture of Manhattan at its first settlement by Europeans. It looks, appropriately, like there were only about 25 people living there.

The drawing evokes the flavor of one of the most famous early geographical renderings, the Gough Map of Great Britain, dating to about 1355.  Its name derives from an early collector.

Across the Gough Map’s weathered face, pictographs of tiny towns and roads, along with place denotations.

London is one of two settlements whose names are rendered in gold.