Sometimes, when you make writing your work, you get to keep your own hours. That means getting the non-job-stuff done on a Tuesday, and fun stuff as well.

So I got my coif chopped while Gil waited stoically.

We parked our steed against a pole in Tribeca. 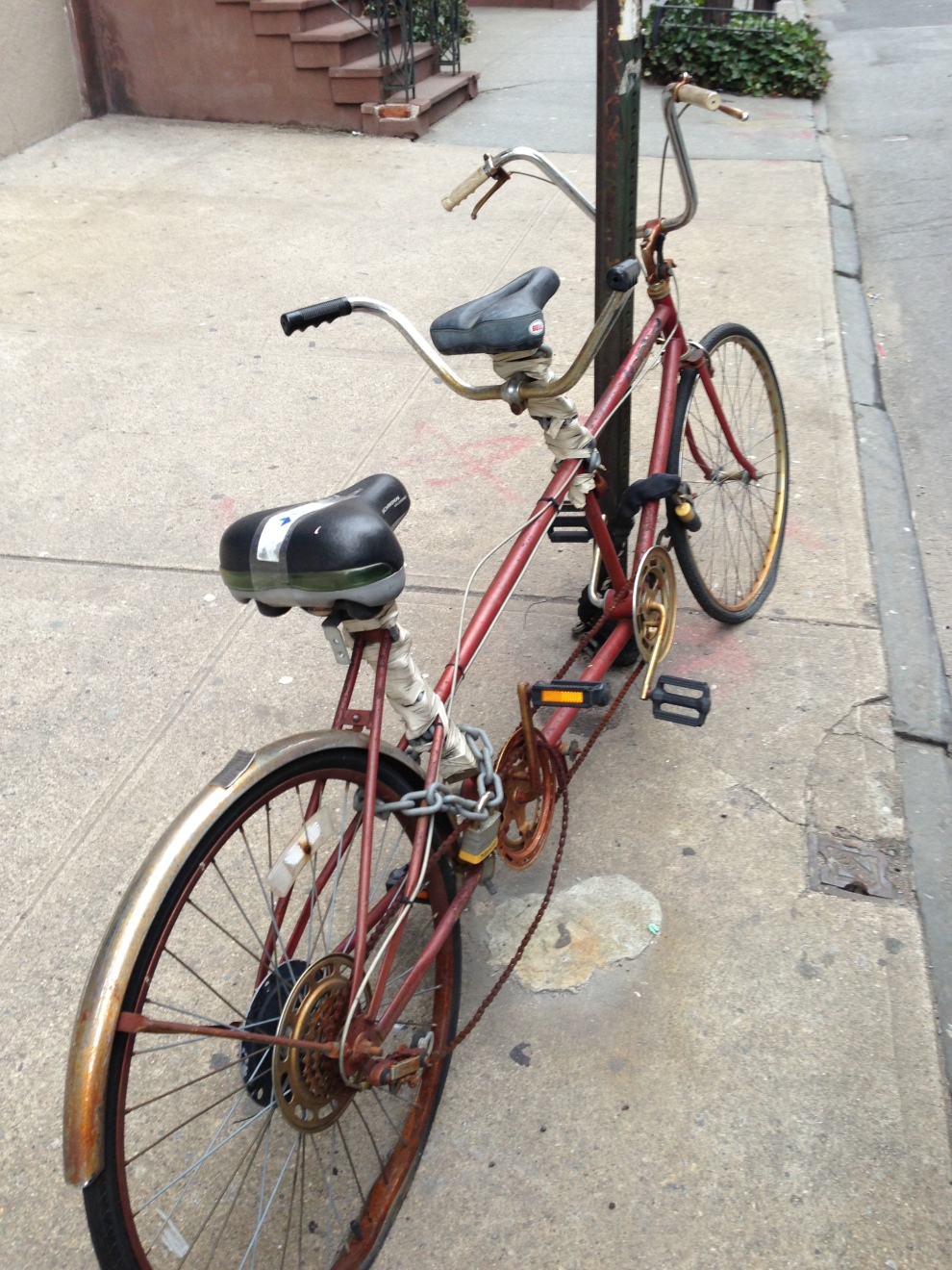 We dined on crisp crust pizza at 4 pm – what is better than the meal that is not lunch nor dinner? call it dunch – in a little restaurant with a stamped tin ceiling and raw brick walls.

Then we went to the movies.

Film Forum, the great independent cinema on West Houston Street, is showing 66 films from 1933, a series it calls “1933: Hollywood’s Naughtiest, Bawdiest Year,” presented in collaboration with the Library of Congress. That was the year of genius works like George Cukor’s Dinner at Eight and Little Women,  and Ernst Lubitsch’s Design for Living, and the great King Kong with Fay Wray, among numerous other classics. Standing in the lobby, I saw a young woman with appropriately styled seamed stockings and sensible shoes – then another cinephile more of our time, sporting purple tights. Before the lights went down, vintage music emanated from the auditorium’s speakers: “Am I only moonstruck or is this really love?” crooned a 1930s tenor.

Then our trip to the dark side. See, there were many less celebrated numbers in 1933, most of them a bit pungent, with titles like Picture Snatcher and Hard to Handle and Female. 1933 was the final year of “pre-Code” movies, before the studios began to implement self-censorship, first stated in the Hays Code. It took a long time to move past this pinching back of the cinematic imagination.

We saw a triple feature, sinking down into our well-used chairs until our seats went slightly numb. 20,000 Years in Sing Sing was a marvelous oportunity to admire vistas of the prison that still marks the downtown of Ossining, our little community. Even today, we can drive right up to the walls and wave at the gun-toting guards in the towers above. They don’t like that too much. In the film, a smooth-faced Spencer Tracy takes the rap for moll Bette Davis’ self-defense killing.

Then we saw Blood Money, a wacky saga of a bail bondsman and a thrillseeking debutante.  And, finally, Laughter in Hell, a long-lost flick that shows in chilling detail the experiences of a chain gang and even a multiple hanging. 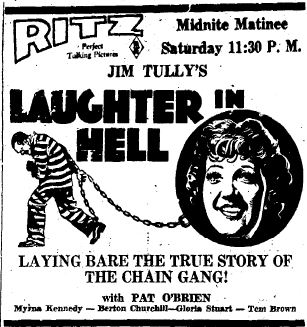 They were all great, a truly rare experience. If you can get over to the Film Forum, the festival’s ongoing until March 7.