Get Your Socks On

This be a sock.

I started it today, and it is one of those tasks that is absolutely simple and terrifyingly complex at the same time. The cozy pumpkin color belies the difficulty – you have to juggle these four two-pointed toothpicks and tiny-gauge sock yarn and somehow get it to all hang together. First, the ribbed top, then the body, then the heel and the gusset and a toe. I’m not even sure yet what a gusset does.

The whole time I’m beginning to learn the technique – from a master knitter – I’m distracted by the thing’s similarity to the Ojo de Dios, the God’s Eye, which originated with the Huichol Indians of Jalisco, Mexico. Also called a Sikuli, which means “the power to see and understand things unknown.” When a child is born, the central eye is woven by the father on perpendicular sticks. 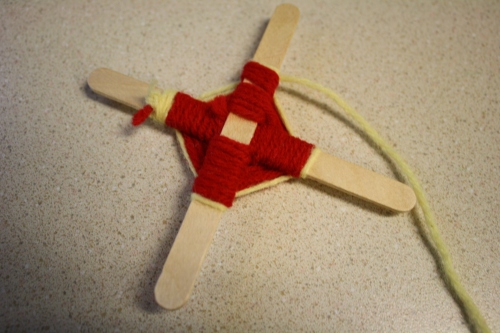 Then an eye, or strand of color, is added for every year of the child’s life until the child reaches the age of five. The eye is the source of visions, power and enlightenment. The colors have different meanings: red equals life itself; yellow equals the sun, moon and stars; blue is the sky and water; brown the soil; green represents plants; black, death.

My new sock is my Sikuli. Albeit a single-tone Sikuli, a pumpkin Sikuli. Let’s say pumpkin means… calm, mellow, the value of the non-frenetic. A sacred meaning for today.

Socks have always been sacred. Historians say that the earliest evidence of knitted clothing found were fragments of socks that were made in Egypt.

This two-toed number (sandal-ready) came off of a single needle but is remarkably like the knitting we see today. It was recovered in the Christian burial ground of the late Roman period in the present day city of Bahnasa in Egypt, made between 410-540 ad.

What was life like before it was possible to keep your toes warm? Try to imagine a Viking going to sea with cold-numb feet. Ancient shoes have been dug up that were stuffed with tufts of grass for warmth.

By the time the rich could afford it, in the late middle ages, stylish stockings had been devised. 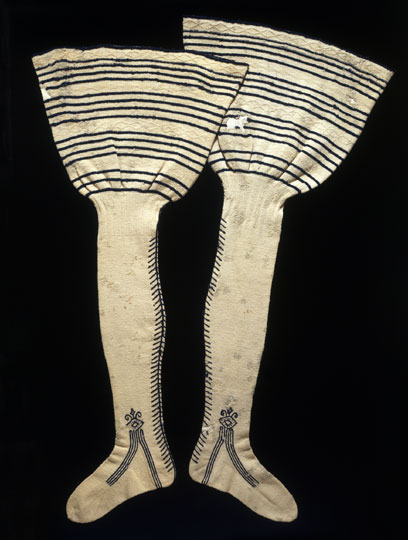 It was men who laboriously crafted these luxury items from 1640, with their tiny thread count and delicate designs. The first, all-male trade union devoted to knitting professionals was founded in 1527 in Paris. The business moved to England. By the late 1600s, millions of stockings were exported from Britain to various parts of Europe.

Women took it up.

Somehow we managed to walk and knit, rock a baby and knit, stir a soup and knit. Things could go wrong in a household, in a life, but everybody needed socks. 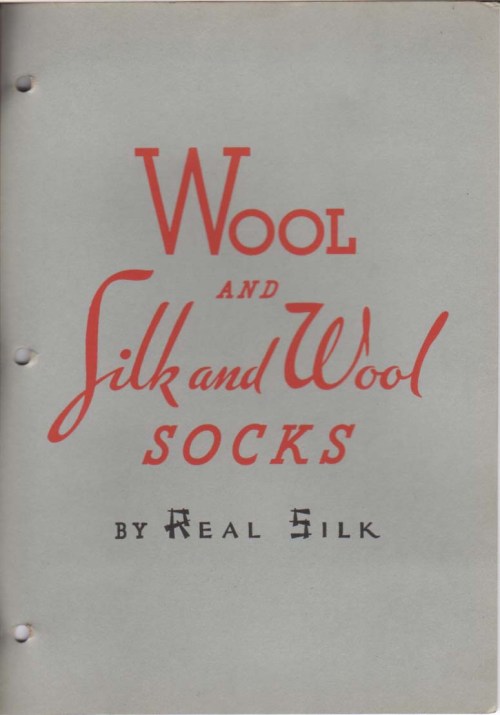 By now stocks had sexy garters and such. I think I’d like to have lived in 1851 just to slip this one on.

But there was still something about the hand-knit stocking, as witness this 1942 British poster. In a trench, would you rather have yer ma’s woolly sock or the cheap department store model? 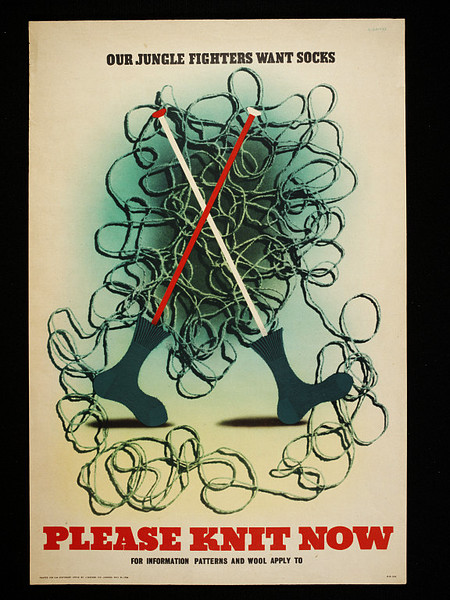 My favorites originated with the heritage sheep at Stone Barns, the farm near my house.

So warm and natural, wearing them is almost like wrapping my feet in sun-toasted grass. They fuel my work, my play, and even my ability to knit things I’ve never knitted before.

One response to “Get Your Socks On”