I Patina, You Patina

I think patina should be a verb, as in, the Down Town Association really patina’d tonight. To glow in an extremely historic way.

Everything, from the gleaming nickel-sized mosaic tiles at the threshold, to the polished mahogany woodwork, to the aromatic fire, to the mitred turquoise ceiling, shone out as if to say, We’ve been here on Pine Street, a Romanesque Revival facility for a distinguished New York City social club, since 1887 – don’t hate us ‘cause we’re beautiful.

The dress code said blazers, and I actually happened to have one on.

I kept thinking a performance of The Nutcracker might break out upon the scene at any moment, it was that Christmas-y and old-fashioned lovely.

Some curiosities adorned the cloak room, which was not the nondescript entity you would expect. We found a handsome set of three old phone booths, labeled for your convenience.

In the corner, an historic scale. 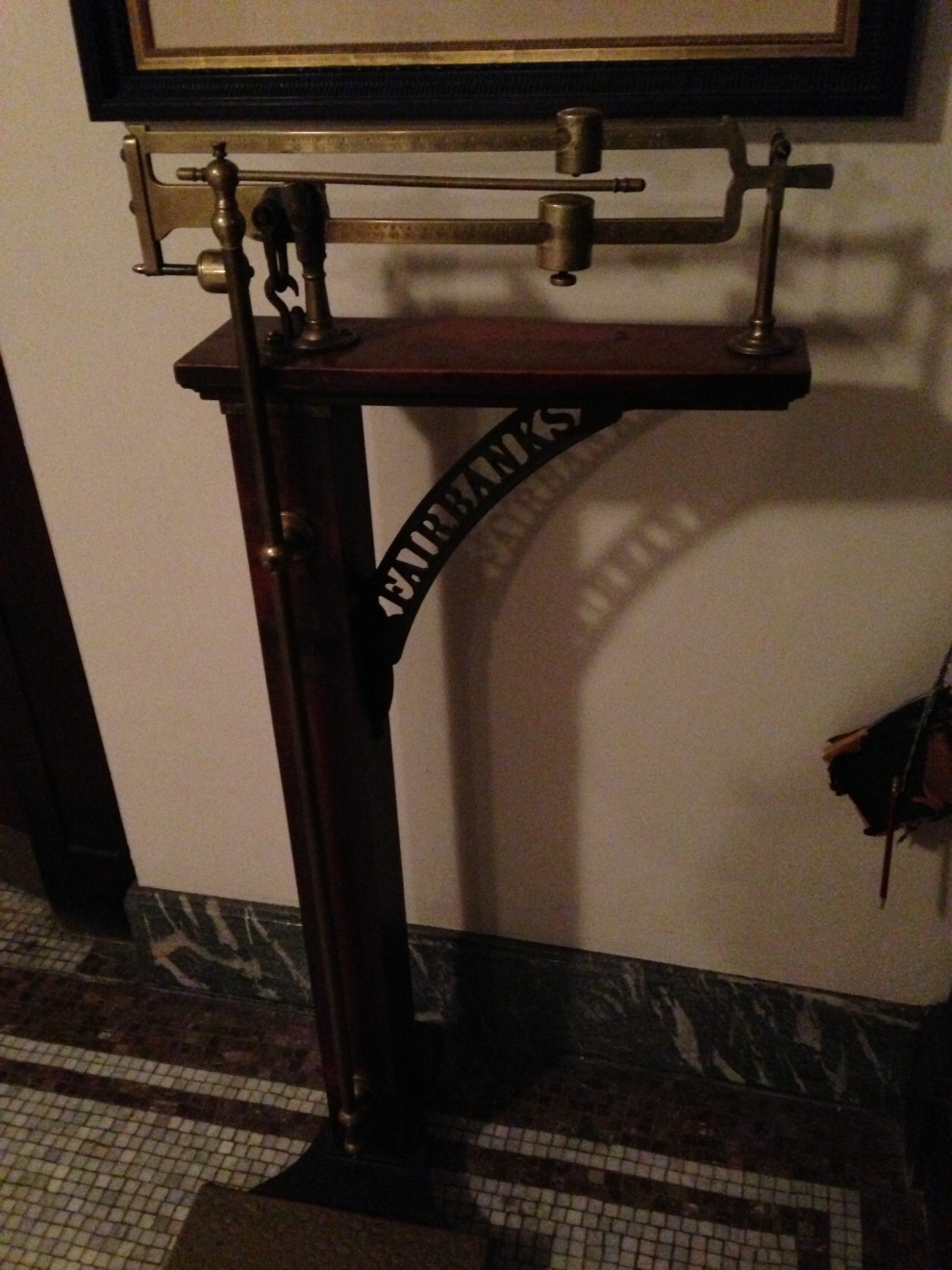 Astoundingly, hanging next to it by a chain was a tattered and flayed leather-covered notebook listing members’ names, dates and weights. Over many, many years, men had noted neatly every single day whether they had gained or lost a quarter of a pound. Would they eat a bite less capon as a result of this knowledge?

The walk-in humidor was locked, but free for the viewing were dozens of gorgeous old views of New York, including this one, which looks down toward the foot of the island and shows the old 42nd Street Reservoir next to the Crystal Palace.

The contents of the cloak room also included a later date (‘60s? ‘70s?) automated shoe polisher, still in vigorous working order. My boots got a nice massage and now have a glossy finish suitable for use during lipstick application.

The pleasant ambience of the club made everyone jolly, and the fact that most of the audience members had some affiliation with the New Amsterdam History Center meant we all had something in common regardless of whether you had yet read The Orphanmaster: a shared affinity for the volatile, earthy, intimate, dangerous place that was lower Manhattan in the mid 17th century.

We talked and talked.

I was glad of this chunky, thick-walled old water pitcher when I was done. It patina’d just right. 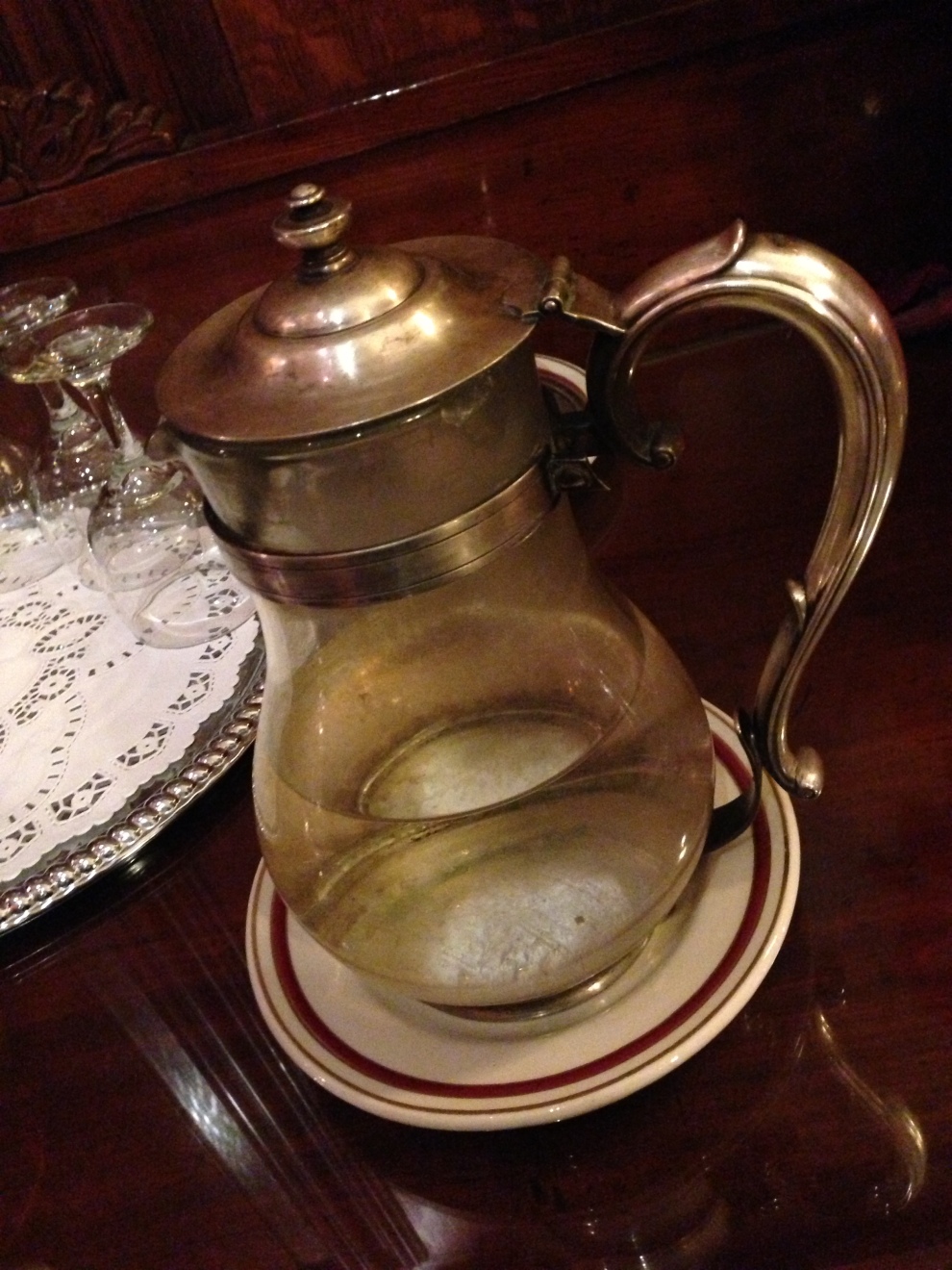 4 responses to “I Patina, You Patina”