It feels so good to sit and down with a hot latte, even though I performed only a tiny part of the cleanup. Bowne & Co. Stationers and Printers, like so much of South Street Seaport, suffered a five foot surge during Sandy, with two and a half feet submerging its invaluable stock of letterpresses and type. Bad timing, since they’ve just been expanding their print shop.

The streets and subway platforms of downtown Manhattan, I saw on my way there, still bear patches of wetness from the deluge two weeks ago. Passing an upended, truncated tree at Water Street, I reached the shop.

Stalwart printers Gideon Finck and Ali Osborn were guiding volunteers in a makeshift, laborious, meticulous process of bleaching wooden cases to erase their lacy spots of mold and cleansing lead type to make it usable again.

Bowne & Co. is the oldest business in NY surviving under the same name; merchant/philanthropist Robert Bowne set up shop in 1775. (Pretty sure he was one of Edith Minturn’s forbears.)  The Seaport restored the shop as a facsimile in 1970 with the flavor it might have had 200 years before before, when it would have turned out gilt-edge letter paper, tissue paper, copying paper, blank books, bill books, cargo books, bankbooks and seamen’s journals. Some of Bowne’s presses date back to 1844. 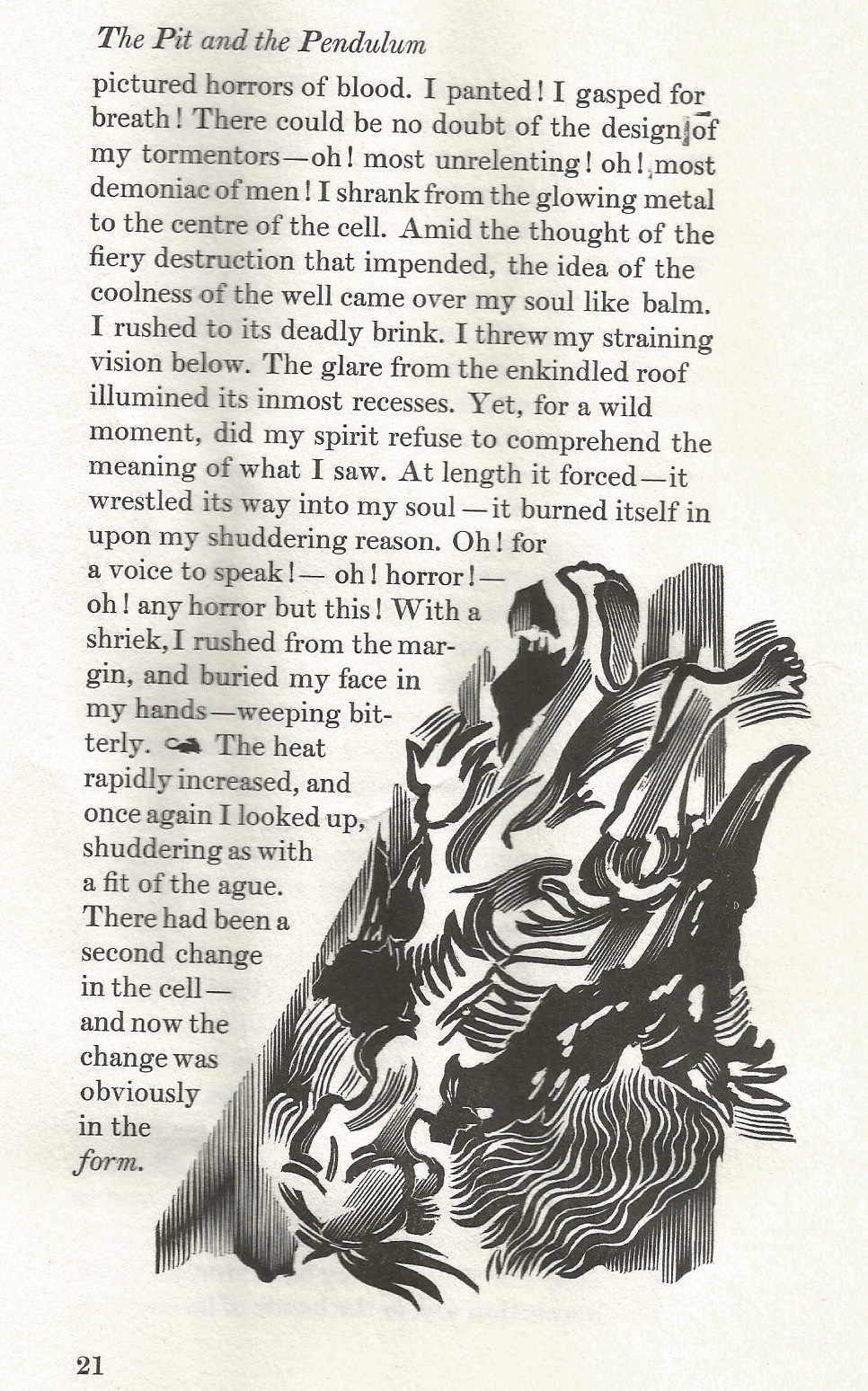 A Bit of Poe from Bowne

I’m dipping metal letters a few at a time in fresh water, then mineral spirits, then towel drying each one. A cold, oily, dirty business. The shop has 1200 cases of type, so it’s quite an enterprise, especially out on the sidewalk in a bracing, buffeting wind. But if each letter is not cared for, the historic fonts will disappear. So far, all has been salvaged.

Inside the building, in a shadowy back room with a gently buckling floor, I find an immense, robustly carved figurehead and a quantity of  rough grey planking – the hull of an ocean ship, it turns out.

I wash the oil off my hands, thinking of a young Herman Melville, the same age as the printers at Bowne, looking out at the bay, sighting along the horizon, awaiting his first seagoing job as a “boy” on a New York ship bound for Liverpool. He’s clutching a letterpress broadside as if his future depends upon it.

One response to “A Red Letter Day”