The painted turtle dragged herself deliberately up the slope from the swamp, across the grass to the base of an overgrown hill that rises in front of the cabin. When we found her she had already begun to dig, gouging the dirt with her scaly back legs. Her claws were sharp as thorns. Not two hands long and vulnerable to any predator, she seemed to paid us no mind. A picture of total focus on the duty at hand.

As we watched, she dropped her eggs into the little hole she had dug, five small white ovals like white jellybeans. Each one she stomped down into the ground with one foot, then the other, sending it deeper into the earth.

We drove away, someplace to go.

When we returned she had departed. Of a hole there was no sign, dirt now entirely covered it. And over the dirt, over the hole, the painted had spread a perfect camouflaging mat of bits of grass and crumbled leaves.

If you hadn’t witnessed the alabaster eggs pop out from under her shell, you would never believe the turtle had been there at all. 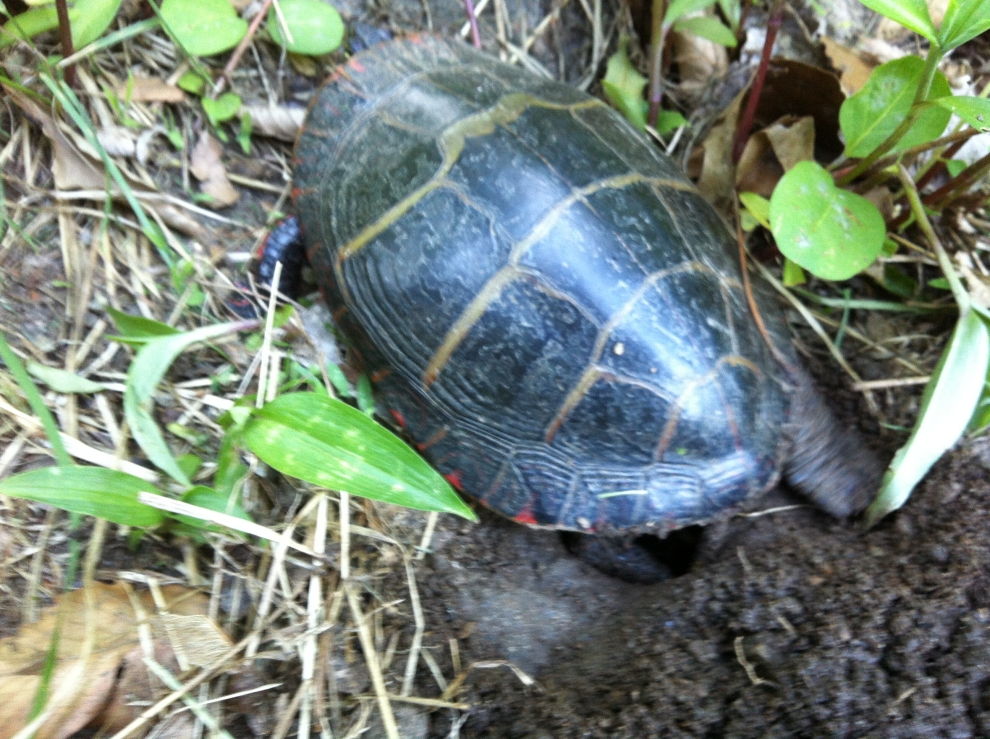