In the space of a week (writes Gil) New York City offered Jean and me two superb opportunities for time travel, sucking us back four centuries in one case and then nine decades in another.

On February 12, 1924, at the Aeolian Hall on 43rd Street, Paul Whiteman and his jazz orchestra premiered a new work, Rhapsody in Blue, with composer George Gershwin himself at the piano.

Ninety years later to the day, Maurice Peress and Vince Giordano mounted a tribute concert at Town Hall, a block away from where Gershwin’s masterwork first saw the light of day.

Peress is a musician, teacher and orchestra conductor who served for years at the Philharmonic under Leonard Bernstein. Eighty-four years old now, he has the kind of beaming, expansive, jolly personality of someone who has spent a life in music. On the podium at Town Hall, he performed antic dances while conducting, winking and giving wry body-language commentary on the proceedings, as well as delivering effusive stage patter between numbers.

Vince Giordano is the leader of the venerable Nighthawks, and both his band and his whole life have been devoted to playing, preserving and promoting the music of the early jazz era. 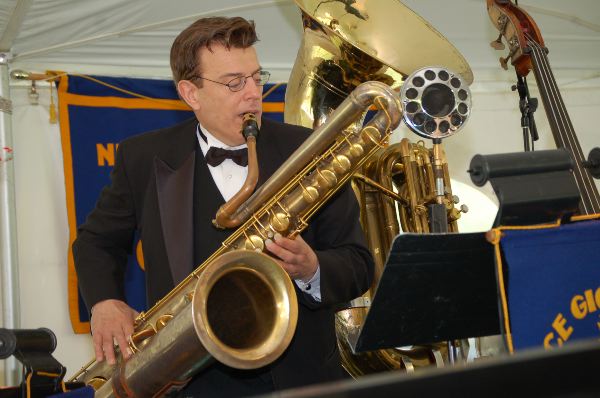 The two men produced the concert themselves, laying out their own money to rent the hall, taking a flier in the hopes enough ticket buyers would come out to fill the seats on a chill February night.

They did. Town Hall was totally sold out. You could feel the bon homie among the audience audience members. The musicians were primed.

I couldn’t help but feel we were in for a treat. Giordano and Peress are both avid musicologists. They tracked down original scores, unearthed sheet music with holograph notations, replicated the arrangements and instrumentation from the original concert from the slide whistle down to the heckelphone.

That original concert was held on a winter afternoon in the stuffy concert hall of the Aeolian piano company. 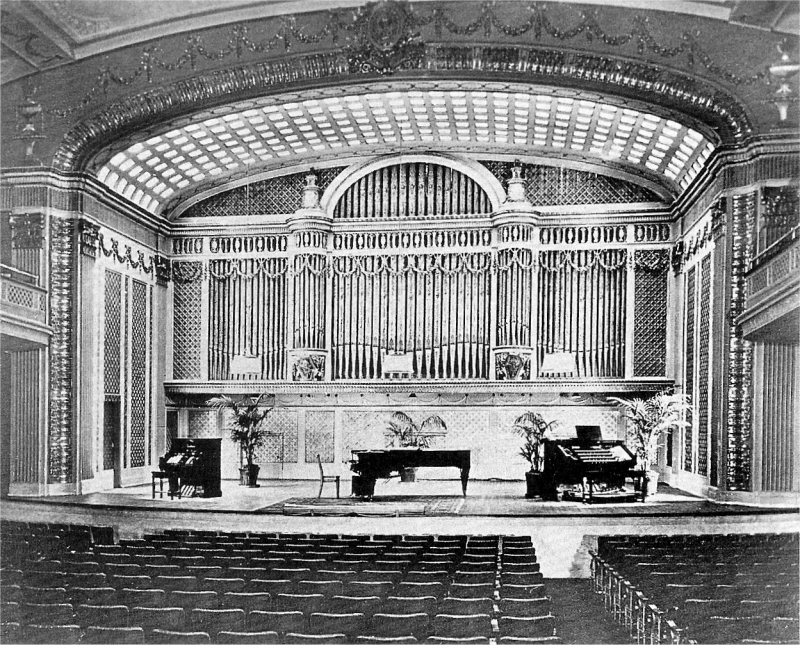 It was jazz genius Paul Whiteman’s baby all the way. He conducted his Palais Royal Orchestra in a program called An Experiment in Modern Music, designed to close the gap between jazz and classical audiences. In attendance that afternoon were heavyweights such as Sergei Rachmaninoff, Jascha Heifetz and John Phillip Sousa. 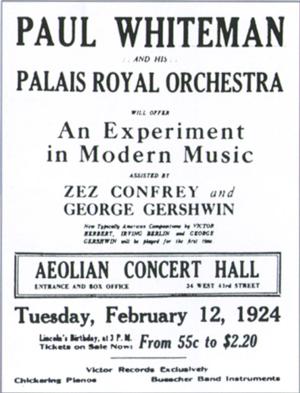 Gershwin himself almost didn’t make it. Whiteman and he had discussions about commissioning a piece, which the composer forgot about until brother Ira read a piece in theTribune five weeks before the concert. “George Gershwin is at work on a jazz concerto” read a blurb in the article’s final paragraph.

The composer had only a month to create what is one of the greatest pieces of American music ever written. On a trip to Boston, the click-clack rhythm of the train inspired him. He scribbled the main themes then and there. At first the piece was called American Rhapsody, but Ira suggested the title under which it is now known after attending a show of James McNeill Whistler paintings that had names such as Nocturne in Black and Gold.

The famous clarinet glissando with which Rhapsody kicks off is a last-minute development also, with the Whiteman orchestra’s virtuoso jazz clarinetist, Ross Gorman, ginning it up almost as a joke.

Whiteman didn’t think the name of the largely unknown 26-year-old Gershwin could carry a concert, so he brought in a popular pianist of the day, Zez Confrey, had top billing over the composer. The concert featured such popular numbers as Confrey’s “Kitten on the Keys” and Irving Berlin’s “Alexander Ragtime Band.” 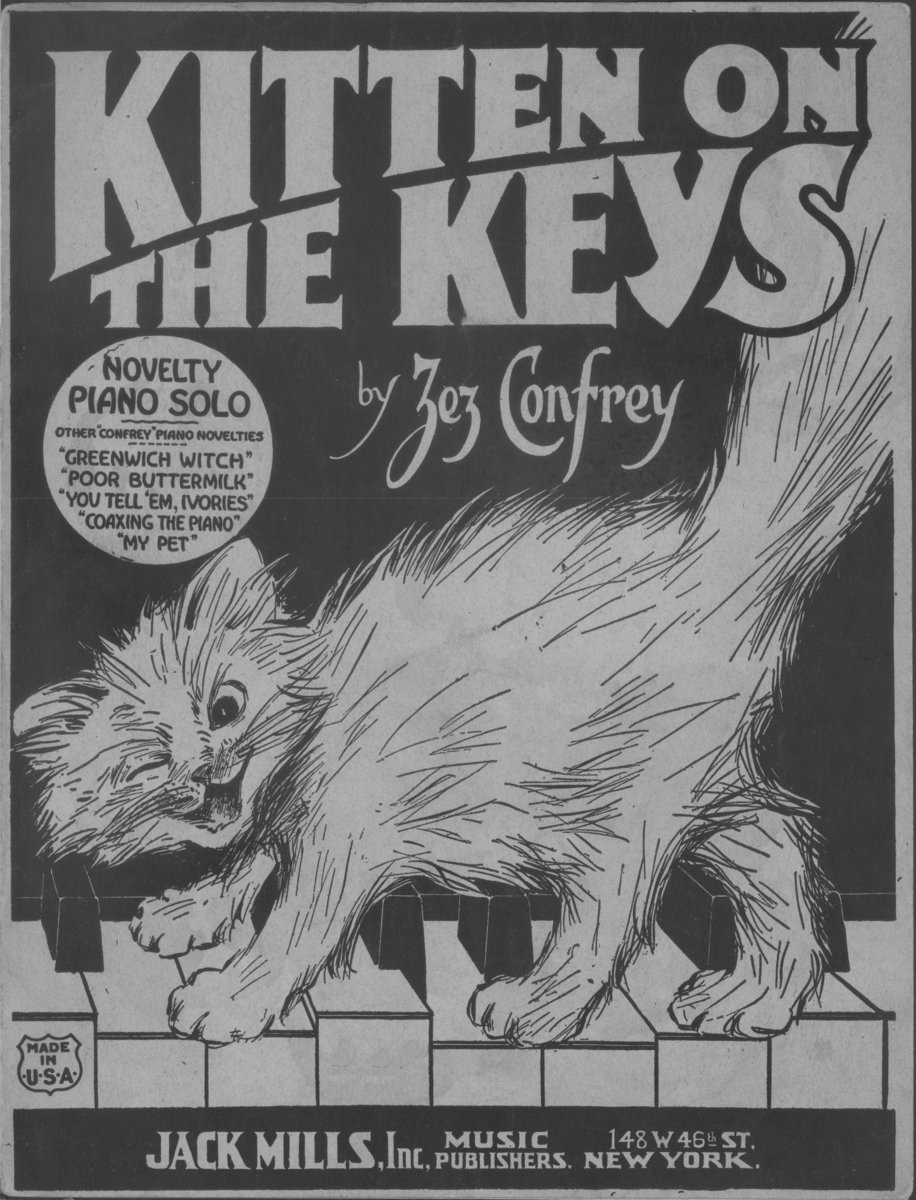 When it came to Rhapsody, though, Gershwin played it himself, with a piano score that was not yet written down.

Sitting in Town Hall in 2014, Jean and I heard a program performed note for note as close as possible to what audience members heard ninety years ago and a block away, with the superb Ted Rosenthal sitting in for George Gershwin. The Aeolian Hall is long gone, now the quarters of the CUNY Optometry School. Peress told us he performed a pilgrimage, though, and through a gap in the dropped ceiling saw a section of the gilded proscenium from the original theater. These fragments we shore against our ruin.

Earlier in the week Jean and I journeyed to the Brooklyn Academy of Music’s Harvey Theater for another kind of time travel, this one a performance of the Chichester Festival Theatre Company’s King Lear, with Frank Langella in the title role. The production was played very straight. It was not set in Weimar Germany, say, or contemporary Uganda, as other directors are wont to dish up their Shakespeare, but in the Celtic landscape of the original text. The blocking was stylized and almost static. Langella delivered a phenomenal performance. 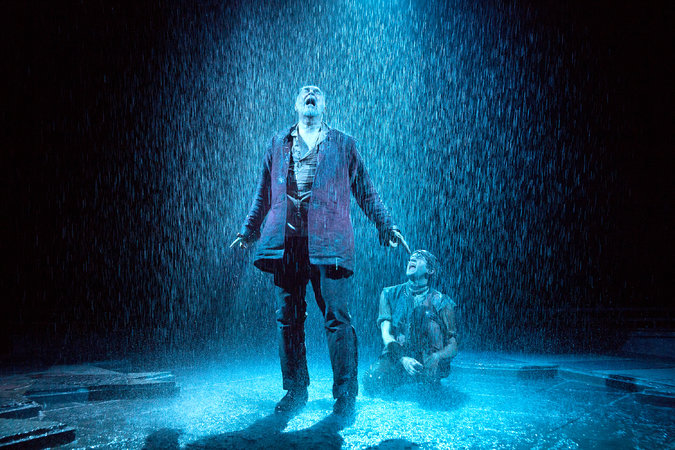 No one knows what the play might have sounded like during its only verified performance in Shakespeare’s time, on December 26, 1606 in the court of King James I at London’s Whitehall. Scholars suggest that Elizabethan English sounded similar to the accents of the American South. Lear’s trio of daughters would have been played by males. (In 1660, decades later, Samuel Pepys wrote in his diary, “Saw ‘The Scornfull Lady,’ now done by a woman, which makes the play appear much better than ever it did to me.”) But again, as with the Giordano-Peress concert, I was able to pretend that I was somehow witnessing a shard of the past, broken off and magically turning up in the present.

One response to “Rapture in Blue”