I admit, that’s a concept. One, once I heard about it, that got me out of my house and into Manhattan.

It was the annual Talk Like a Pirate Day, which I first heard existed when we received an amusing card in the mail marking the occasion. It sounded like a joke, but the holiday is celebrated on September 19th by wannabe Johnny Depps the world over. 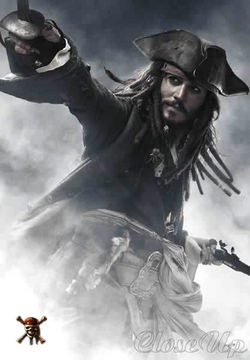 I did some research into seventeenth century pirating when I wrote about New York’s Philipse family for my book The Women of the House a few years back. Merchant Frederick Philipse was one of the richest gentlemen in Manhattan. He had a cellar full of wampum in barrels and a 52,000-acre estate that comprised much of today’s Westchester County. For years he pursued trade with corsairs off the coast of Madagascar, a place only a little bit wilder than New York City in that day.

First of all, there were some crazy animal species there that didn’t exist anywhere else in the world.

The elephant bird, a flightless giantess, always intrigued me, and I looked around for evidence of historic human encounters with the beady-eyed long-extinct creature, but all we have today are fossil eggs like cement volleyballs.

Then there was the indri, a still-thriving lemur with lemon drop eyes, whose wail carried across the nighttime countryside, and a pygmy hippo and a panther-hunting cat-dog.

Pirates, yes, I was discussing pirates. Sheltered coves around the Madagascar coast offered private places to careen an ocean-damaged hull, to harvest scurvy-preventing lemons, to provision a ship with oxen, sheep and poultry.

A charismatic buccaneer named Adam Baldridge came to Madagascar in 1691 and transformed an island off its coast called Sainte–Marie into a pirate paradise inhabited by as many as 1,500 sailors at a time. A trading post/resort, Sainte-Marie offered up Malagasy “brides” and a locus for business between merchants and pirates.

This is where Frederick Philipse saw his opportunity. Baldridge proposed a transaction that would furnish Philipse with two hundred premium Malagasy captives at thirty shillings a head, well below the going rate for African Gold Coast slaves. Also, Philipse was welcome to unload merchandise on Sainte-Marie in exchange for pieces of eight, India goods, or whatever currency best suited the ship merchant. This was all quite nice for Philipse, who was just starting to trade in human flesh but was finding it hard to break into the Africa market, which favored English men. “It is by negroes that I finde my cheivest Proffitt,” wrote Philipse in a letter to Baldridge. “All other trade I look upon as by the by.”

Ships went back and forth, and Philipse’s reputation didn’t suffer through the nature of his Madagascar business—his cohorts in Manhattan welcomed the cargo. Enslaved Africans were bought and sold on wharves along the New York waterfront, at the foot of Wall Street, and out of taverns. But finally, Britain put the kabosh on the activities of pirates around Madagascar and those who interacted with them in Manhattan.

Philipse brokered one last deal, to bring a load of seventy Malagasy slaves into New York Harbor, whereupon he got spanked. He had a ship impounded and was forced to resign from a post with the governor’s council.

So pirating was not quite so charming as they make it out to be in the movies. Still, Thursday’s Talk Like a Pirate motor escapade was to have its beginning at the historic tavern the Ear Inn, one of my favorites, so I thought I might go check it out. 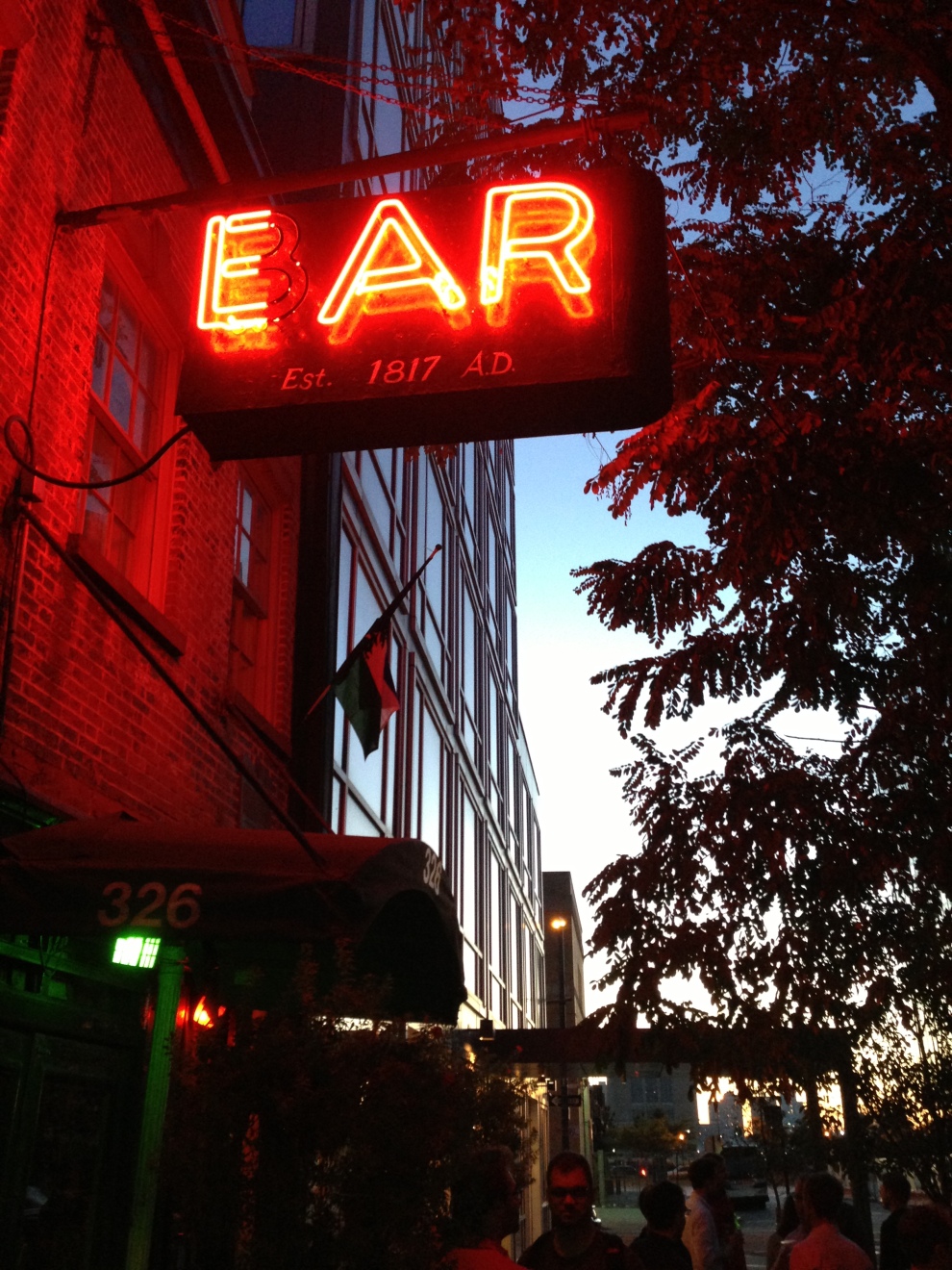 The Ear Inn began its life long after Frederick Philipse’s heyday, though in the mists of time for us: it was built as a residence in 1817 for an affluent African-American tobacco trader named James Brown, who had been an aide to George Washington. If you look close you can see him in the famous painting of Washington crossing the Delaware. 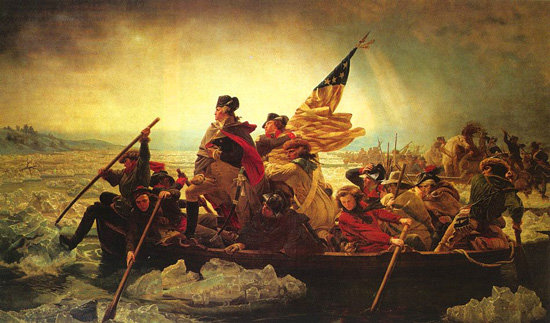 The house stood on Spring Street, in present-day SoHo, and when it was constructed the waters of the Hudson River lapped at its door.

Marks outside show that Hurricane Sandy brought the shoreline back to what it was centuries ago.

Later the building became a sailors’ tavern, then a speakeasy. There’s still a flavor of the nautical in the place, with brass portholes here and there. 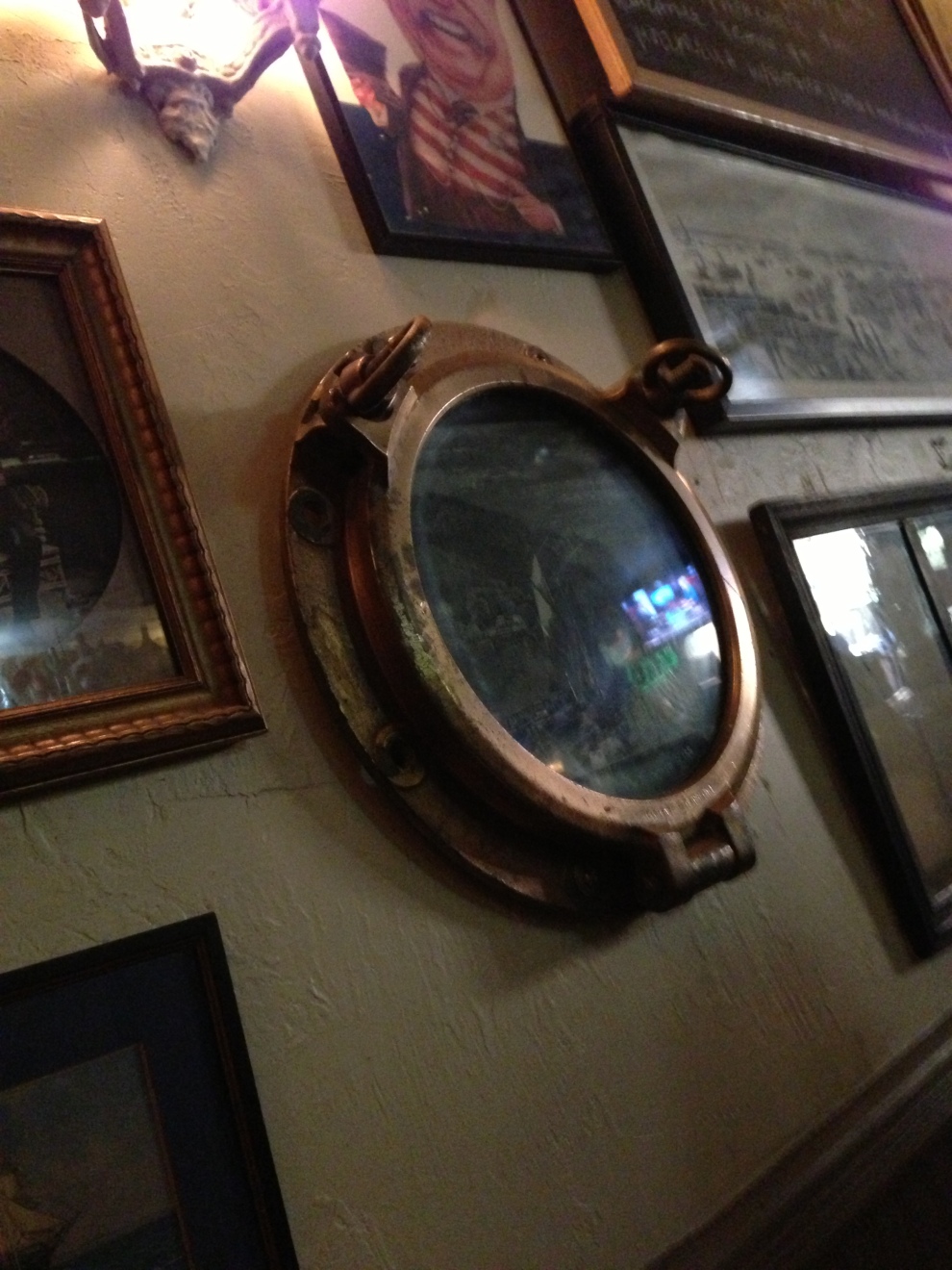 It’s dark and a bit dusty.

You don’t go there for the food, but for the flavor of history. When new owners wanted to avoid a drawn-out landmarks review of their BAR sign in 1977, they changed the name to the EAR – but old-timers still call the place the Green Door. It’s the oldest working bar in New York City.

It was a logical old-timey place to begin a pirate romp, sponsored by  a gonzo motorcycle group called Biker Entourage, one that would assemble at the old bar, make its way up the West Side Highway to Times Square, toss those eyeballs, conduct some kind of crazy mock-swordfight in front of the no-longer-existing house of Captain Kidd on Wall Street and wind up at South Street Seaport. The perfectly logical premise: “Had these wheeled dragons been invented say 400 years ago, pirates’d be roarin through the streets with these wheeled dragons between their legs ‘n pegs sure as a shark loves a chumbucket.”

The only thing was, we found at the Ear Inn, the ranks of contemporary pirates were sparse. If dramatic.

There were a few individuals in leathers and pirate garb. Most of the patrons out on the sidewalk preferred the uniform of SoHo skinny chic.

We saw a few cutlasses and some Halloweeny dangling skulls.

But no one threw an eyeball our way. The real New York pirates were, as always, down in the financial district. Everyone here was too busy lifting a brew to do much pirating, anyway. Much as it probably was back on the island of Sainte-Marie.