In swim class this morning, the instructor played road song after road song. Not what you would necessarily think of. Low Rider by  War. Truckin’  by the Grateful Dead– called a “national treasure” by the Library of Congress. Johnny Cash’s I’ve Been Everywhere. (A household treasure, though Gil prefers the Hank Snow  version, a number one hit that you have to see to believe.) 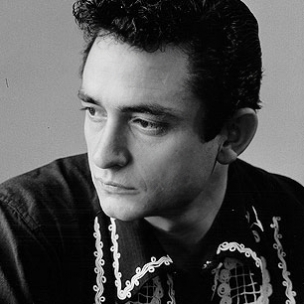 Serendipity. My favorite word, if you ask me. That, and butter.

It being May 31st, Walt Whitman’s birthday, I was thinking this morning of the greatest American poet, and particularly of his Song of the Open Road. That poem sounds as stupendous today as it did when it came to the public’s attention as part of the collection Leaves of Grass in 1855 (it would reappear, revised, around five more times during Whitman’s lifetime). 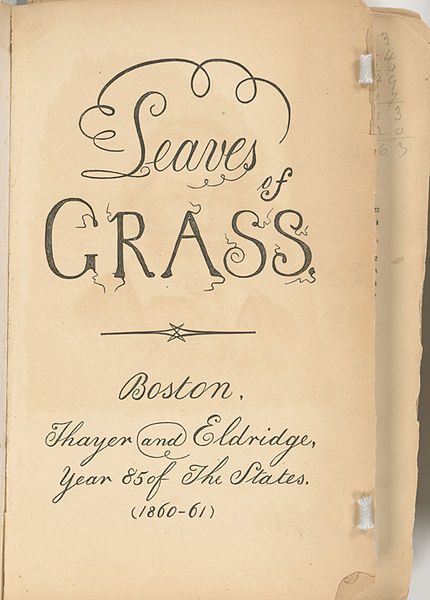 I remember lying on my bed as a 16-year-old, on my stomach, book open, thrilling to the long-line cadences of Song of the Open Road. If I had read any poetry in school at that point, it all went out of my head at that moment. Reading Whitman was like flying. I wanted to fly.

Afoot and light-hearted I take to the open road,

Healthy, free, the world before me,

The long brown path before me leading wherever I choose.

Now, so many years later, I come to the poem and the poet a bit differently. It’s not only about me, me, me, the teenager, but the era he lived in, and the place, about relishing time travel to Whitman’s world. Brooklyn and Long Island, where Whitman grew up in the mid-19th century, was full of birdsong and truck farms. Below, as an aside, the first fruit of our garden.

Living in what amounts to wild New York, in a Cabin that dates to Walt’s century, surrounded by undeveloped marshland, I feel sensitive and more partial than ever to that old world, the world before cars and paved roads. Whitman’s world. Here, we find snakes sunning themselves. Vultures on the ridge above the house, serious in their black robes. A painted turtle camouflaging herself in greenery as she urgently goes about finding a spot to lay her eggs.

I’m not the traveler in my family. That would be my  brother Peter, who has made a career and an art of seeking out backwoods backwaters. He wrote a book about his experiences, called Podunk, and if you want to know what goes on in a town named Eggnog, his is your go-to source.

As a culture, we are lucky to have many, many pages of notes from Whitman, an encyclopedia of the man’s thought.

That “I am the poet of the body” is a runnerup, circa about 1854, to Song of Myself. This is the poet in that same year.

Song of the Open Road is not to be understood literally, at least primarily. As far as I can see, Whitman did not stray much from New York, aside from when he traveled to Washington, D.C. to help succour wounded soldiers as part of the Union effort. The verses are more a cry for spiritual freedom, for opening yourself to experience in general.

But first, after the stirring statement of his opening lines, he has to dispense with the problem of being encumbered by whatever would keep him from seeking freedom, in some of my favorite lines in all of poetry. He just says, I’ll take my problems with me and go anyway. I love the parentheses — it’s one of the grandest asides of literature.

Then comes the great beckoning, the extraordinary invitation.

Here the profound lesson of reception, nor preference nor denial,

The black with his woolly head, the felon, the diseas’d, the illiterate person, are not denied;

The birth, the hasting after the physician, the beggar’s tramp, the drunkard’s stagger, the laughing party of mechanics,

The escaped youth, the rich person’s carriage, the fop, the eloping couple,

The early market-man, the hearse, the moving of furniture into the town, the return back from the town,

They pass, I also pass, any thing passes, none can be interdicted,

None but are accepted, none but shall be dear to me.

Everyone is welcome. Men and women. Young and old. Rich and poor. Snakes and turtles, I presume, even vultures.

Whitman was adopted by the Beat poets and by Jack Kerouac as a literary beacon. Lawrence Ferlinghetti counted himself among Whitman’s “wild children.” I know that Whitman would have approved, might even have appeared in, the famous 1959 Beat film shot by Robert Frank, Pull My Daisy. Much earlier, Whitman even supposedly, improbably, influenced Bram Stoker, who based the character of Count Dracula on him. Huh? Everyone embracing freedom.

When Whitman determined that he would serve as his own editor and typesetter, he took his own step toward freedom. No one could corral him, no one could limit him. The verbal expression of physicality that earned him the criticism of some in the staid 1800s could not be checked. He didn’t care, which you can sort of tell in this photo by Matthew Brady. 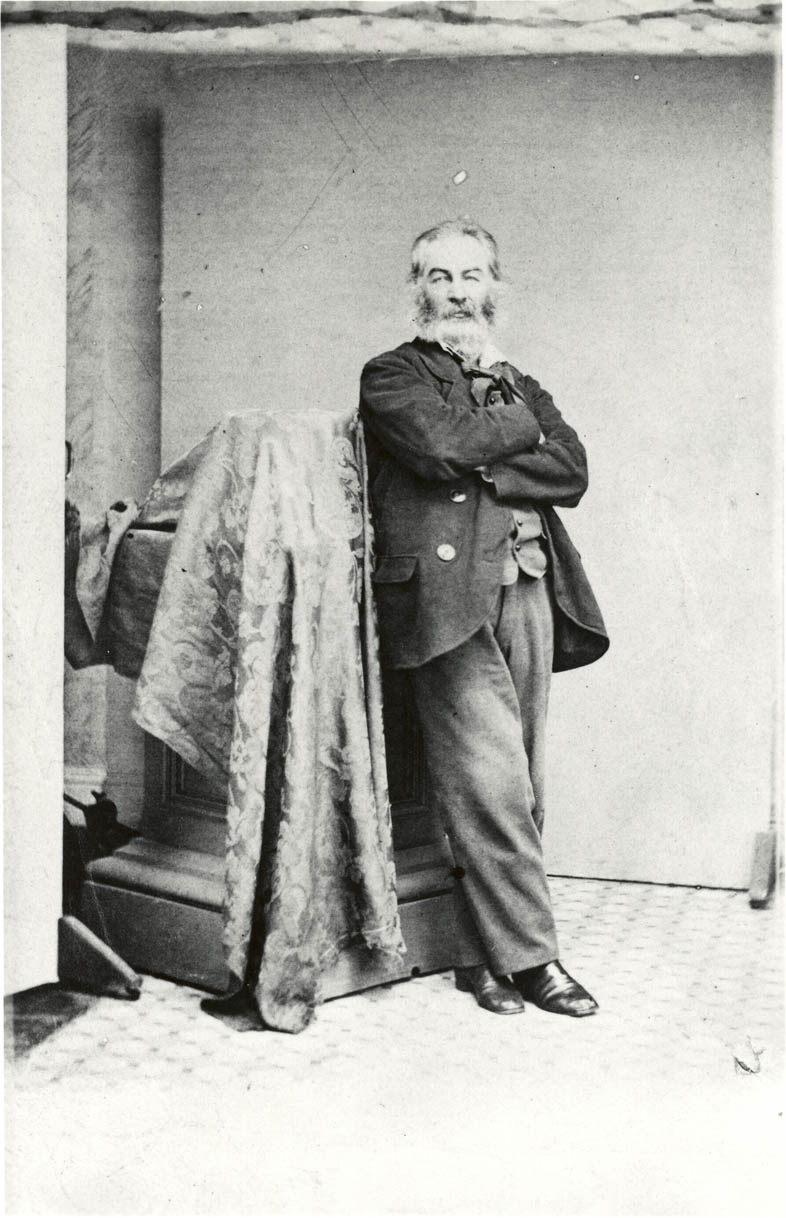 Ralph Waldo Emerson went out on a limb, writing an extraordinary letter about Leaves of Grass that Whitman managed to get printed in The New York Tribune: “I find it the most extraordinary piece of wit and wisdom that America has yet contributed…I give you joy of your free and brave thought…I greet you at the beginning of a great career.”

The Library of Congress is a rich repository of original Whitman sources. And a wax cylinder recording even exists of what is thought to be Whitman’s voice reading a fragment of America.

The magnificent, breathtaking finale of Song of the Open Road:

Allons! the road is before us!

Let the paper remain on the desk unwritten, and the book on the shelf unopen’d!

Let the tools remain in the workshop! let the money remain unearn’d!

Let the school stand! mind not the cry of the teacher!

Let the preacher preach in his pulpit! let the lawyer plead in the court, and the judge expound the law.

Camerado, I give you my hand!

I give you my love more precious than money,

I give you myself before preaching or law;

Will you give me yourself? will you come travel with me?

Shall we stick by each other as long as we live?