We went to the farm to pick up the bird. 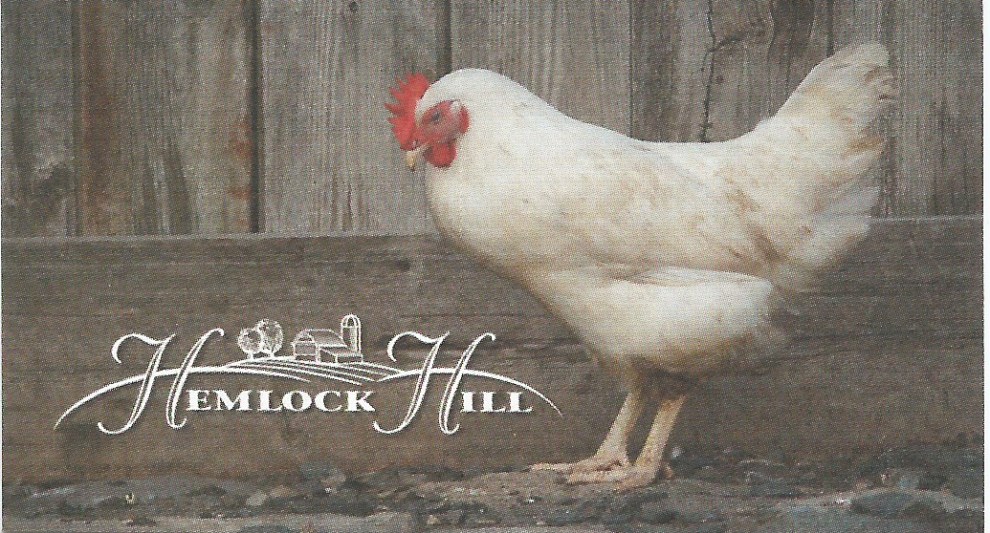 Hemlock Hill Farm lies in Cortlandt Manor, New York —  it sells organic meat and poultry all year long. Also, a compost/manure mix that I plan to get for my garden this spring. Chicken manure being the piece de resistance for garden fertilizer. When I had a house in an apple orchard upstate there was a chicken farm down the road and we’d get sackfuls of the stuff. Zucchinis are always big but the ones I grew then had the proportions of missiles, and my tomatoes  were like cantaloupes.

Hemlock Hill was a real working farm, not inordinately picturesque, though there was this one misty hillside…

The shop was earthy too. People lined up a dozen deep to pick up their turkeys, which were bloodier in their plastic bags than any poultry I’d ever seen in a supermarket. I looked through a swinging metal door to a back room behind the cash register. Framed in window glass, men gutting birds on stainless steel tables, thumping them all around. The room was cold, and steam lifted off the white skins. When was ours butchered?, I asked the woman who rang us up. Ohhh, she checked the tag. Last night. They did a lot of ’em last night.

The bird itself is delightfully plump. Stately, plump Buck Mulligan. Almost as perfectly plump as this sight next to the Department of Motor Vehicles, where I stopped on the way to Hemlock Hill.